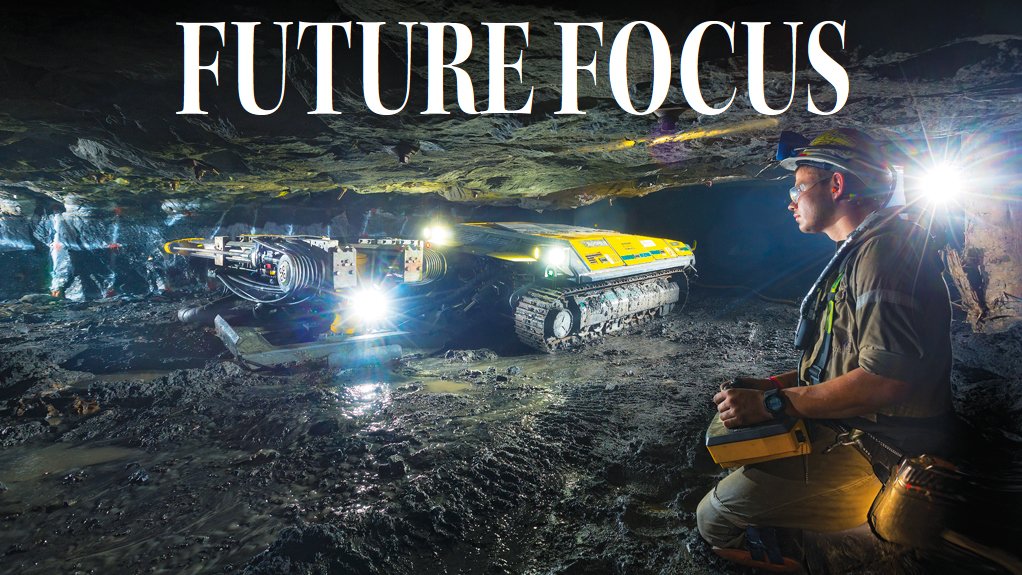 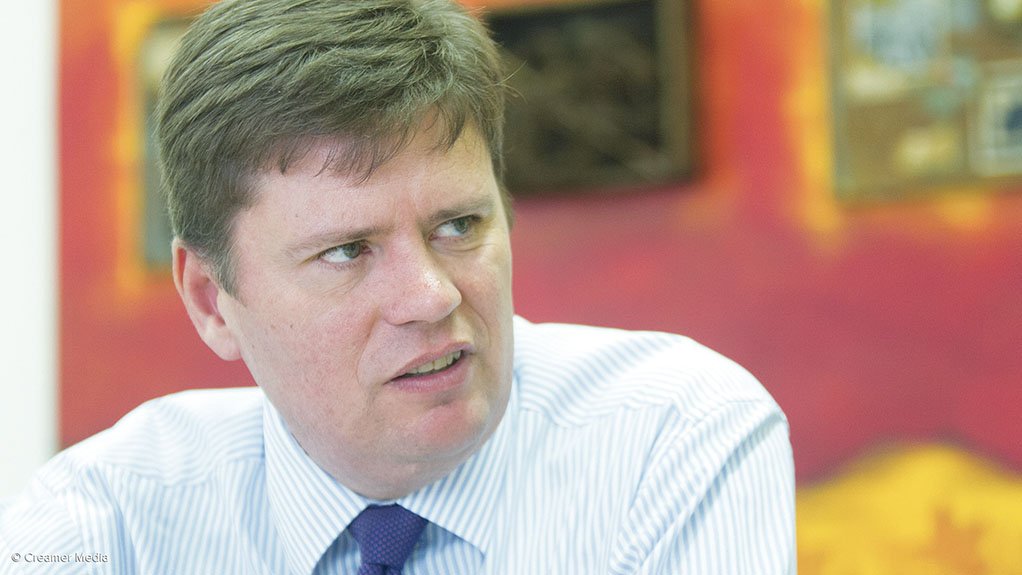 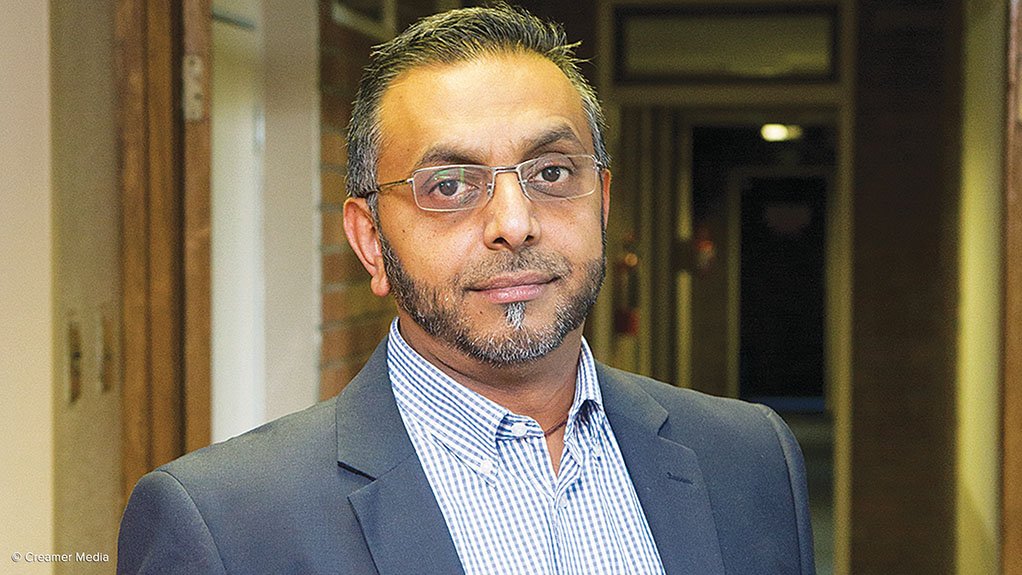 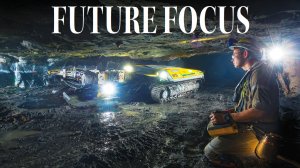 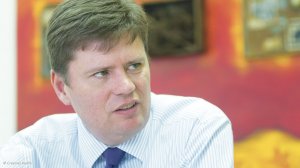 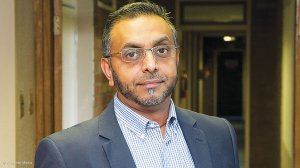 The new Auckland Park-based Mining Precinct, in Johannesburg, is facilitating the safeguarding of the future of South Africa’s mining industry through developing new people-centred technology and techniques to empower mines and prepare them for modern mining methods.

The Mining Precinct aims to arrest the current general decline in the local mining industry in South Africa and to help it overcome significant obstacles in the future, which stem from narrower orebodies and mines having to venture to deeper depths to find reserves.

Situated at the Council for Scientific and Industrial Research (CSIR) site in Carlow road, the Mining Precinct (a public–private partnership) also serves to reinvent elements of the historic Chamber of Mines Research Organisation (Comro), which was closed in 1990.

“Now, for the first time . . . the public and private sectors are under one roof,” says Chamber of Mines (CoM) senior executive: modernisation and safety Sietse van der Woude, adding that cooperation between public and private sectors is one of the great outcomes of the Mining Phakisa, thereby forming a “coalition of the willing” to take the South African mining industry into a modernised future.

Mining Phakisa strategic coordinator Edwin Ritchken tells Mining Weekly that the main objective for the establishment of the Mining Precinct-based mining technology, manufacturing and sustainable development hubs is to position mining as a core engine for the development of the South African economy, through acting as the driver of the building of world-class technological, manufacturing and agricultural capabilities.

He hopes this will help the country enhance the economic impact of the mining sector on the industrialisation and transformation of the economy. “Mining in the twentieth century was the historic driver of the South African economy. People have seen it as a sunset industry, and contradictory or antagonistic to industrialisation. We, however, believe that the mining industry in the near future will be the engine of industrialisation . . . in terms of the upstream capital goods sector, as well as the downstream beneficiation sectors, such as the steel and high-technology industries, such as fuel cell manufacturing,” Ritchken notes.

Van der Woude says the role that mining plays in the local economy makes the CoM “very excited”. He adds that, if the gold and platinum mining sectors, in particular, continue to mine using “conventional” methods, they will come to a “serious cliff” in about 2025.

“What we are trying to achieve through the Mining Precinct is not only for the mining industry – it is also to enhance the national objectives,” Van der Woude avers.

CSIR mining and mineral resources manager Navin Singh – who is situated at the Mining Precinct – says the precinct model, by definition, is to create an environment where “like-minded” people can work in close proximity and share ideas. “It will host different hubs that will focus on mining technology, manufacturing and sustainable development.”

In addition, the Mining Precinct is complemented by equipment-focused representative organisation Mining Equipment Manufacturers South Africa (Memsa), which was launched by the Department of Trade and Industry (DTI). Memsa is hosted within the Mining Precinct and is working in close collaboration with the mining research and development (R&D) hub and local mining companies to determine their current equipment stocks, future needs and potential future order quantities to develop a better understanding of the possibilities related to future mining equipment.

CoM consultant Alastair Macfarlane, a key private-sector representative for modernisation – who is also based at the Mining Precinct – tells Mining Weekly that the aim of this collaborative effort is to link to other institutions, such as universities and research entities nationally and internationally.

“The Mining Precinct hosts the hub of the hub-and-spoke model, with mining companies and institutions each representing a spoke and collaborating through the hub.”

The precinct works with other entities, including the CSIR (in Johannesburg), the DTI, the Department of Science and Technology and the CoM, to provide a collaborative and communicative environment that encourages open innovation.

“We have managed to achieve an agreement collaboration and sharing of information of about 80% to 85% among the member mining companies,” adds Macfarlane.

Local Manufacture A key focus of the Mining Precinct is to motivate not only South African mines but also local equipment manufacturers to increase production of existing mining products, conduct R&D of new equipment, as well as to manufacture specialised products to supply the South African mining industry.

Exporting locally manufactured mining equipment is also a cornerstone of the push for localisation, which the Mining Precinct has earmarked as a priority. Specifically, the aim is to increase the visibility to international miners of the South African mining equipment manufacturing sector as a reliable source of specialised, modern underground mining equipment for narrow-reef, hard-rock mines.

“Our vision is to make South Africa the global centre of excellence in underground mining technology and manufacturing,” says Ritchken, reiterating that one of the main focuses of the Mining Precinct is to develop innovative mining machinery for underground, narrow-reef, hard-rock and extra-low profile mining applications.

Remote-controlled and autonomous operability of mining equipment are also areas where significant R&D must be focused, with the aim of further removing personnel from working mine faces and other dangerous scenarios, thereby improving their health and safety.

The Mining Precinct is also engaging with several major international original- equipment manufacturers (OEMs), as it is optimistic that they will establish and expand their relevant “centres of excellence” in South Africa to service the domestic and overseas mining industries, Ritchken states.

Improved efficiencies in the methods of mining will also result in far less waste, which requires semiprocessing of ore while it is still underground, he says. Techniques using waste as backfill to replace mined areas will also result in greater cost savings, as a result of transporting less material out of the mines and reducing the volumes of waste in tailings storage facilities and slimes dams, he adds.

Fewer above-ground waste storage facilities will also result in more land being available, which can be used by the agriculture industry and reduce the environmental impact on the environment.

International Buy-In Ritchken notes that a number of international OEMs have excess production capacity, owing to a general reduction in procurement of new equipment by miners, and are rather focusing on the use of existing fleets and making them as efficient as possible to save costs. Hence, getting international OEMs to buy into manufacturing in South Africa presents a challenge, owing to the difficulty in convincing their management boards to invest in the context of this surplus capacity.

“Their future lies in manufacturing in South Africa for the local and global market; they stand to lose access to the South African market if they do not decide to localise soon,” Ritchken declares.

In terms of specialised product development, the short-term objective of the Mining Precinct is to focus on underground machinery for narrow-reef and hard-rock applications. The medium-term objective is to develop machinery and techniques for 24/7 deep-level mines, possibly for those between 3 km and 5 km.

Realising increased volumes of local production and the development of new machinery rests on “laying the foundation” in terms of immediate procurement requirements from South African miners, which will help develop channels for future procurement of specialised, modern equipment, says Van der Woude.

Ritchken adds that several established South African OEMs are performing well in terms of supply to domestic and some overseas markets, as a result of the high quality of locally manufactured products. Other aspects, including local OEMs’ ability to easily customise equipment for specific mines and unique applications, also boost South African brands. The absence of foreign currency exchange issues also encourage most local mines to source products from domestic manufacturers that can provide better prices.

Van der Woude highlights that, going forward, priority focus must be given to decreasing the total cost of ownership of modern equipment to ensure that future mining is as efficient as possible.

Meanwhile, he notes that the modernisation of the mining industry is not only about developing and improving technology. “It is also about developing a modern approach to skills development. We do not see the traditional classroom-style teaching environment working in the future, especially with the accelerated introduction and incorporation of new mining technology and systems.”

The future of training and developing existing skills will be through dynamic working experience, such as using virtual reality and simulated working environments and scenarios, he concludes.