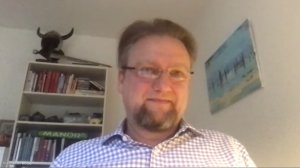 JOHANNESBURG (miningweekly.com) – The taking of clear sustainability steps can make mining the darling of the investor community once again.

Mining cannot participate in anything that leaves the world a worse place and needs to be cognisant of what it takes to have a licence to operate.

Mining must have a smaller carbon footprint, use less water and communicate better about the raw materials it provides that are essential for climate-friendly electrification and a greener future.

Pallinghurst Group managing partner and co-founder Arne Frandsen made these points in a Zoom interview with Mining Weekly, while also speaking as chairperson of:

“We need to make the mining industry a responsible and forward-looking segment of the economy. Only then will mining retake its position as the darling of the investment community,” Frandsen said.

In South Africa, the company is also:

In Canada, the company is:

“It’s a clear mission and I’m boringly consistent. What I say as the chairman in Canada, I also say as the chairman in South Africa, for Sedibelo. If we can demonstrate to the automakers that we’re extracting PGMs using as little carbon as possible, we’ll again be sitting in the front row of the class,” said Frandsen, who wants to ward off a possible future of investors deciding that “it’s not okay to burn tonnes and tonnes of coal in order to extract platinum”. PGM mining companies are currently overwhelmingly reliant on coal-fired electricity to mine, process, smelt and refine PGM ore.

As has been pointed out by Lifezone director and Kell developer Keith Liddell, South Africa’s current PGMs smelting and refining requires 5 000 GWh of Eskom power support a year. In the hypothetical case of Kell replacing the current pyrometallurgical processes, nearly 4 000 GWh a year could be returned to the South African power pool.

“The IDC has been extremely supportive of Kell and it’s wonderful to see the South African government, through the IDC, committing to a greener future, and Kell is really that. Just think of it, Sedibelo will be using maybe 18% of the electricity compared to the conventional smelting and refining. That’s already an 82% saving. If you put that into how many tonnes of coal we’re not going to burn, this is very important,” said Frandsen.

“Everything we do in life cannot have a zero carbon footprint but we can minimise it and if there is an alternative – and Kell is a proven, viable alternative – I think it is upon us to do so.

“You asked first how the mining industry can be the darling of the investor community. Well, if an investor sits down and looks and sees that, well, these platinum boys could change their tune . . . they could use another technology that would save the environment from an enormous amount of carbon, and yet they don't do it, how can you expect the investor to love mining?” he queried.

HEALTH AND SAFETY STANCE TAKEN IN 2006

Frandsen recalls that when he and former Gencor and BHP mining luminary Brian Gilbertson formed Pallinghurst in 2006, it took a very firm early stance on mine health and safety, fatalities and lost-time injuries (LTIs).

“When we put Sedibelo together, it was clearly under a zero tolerance for LTIs and fatalities, and it has all been about trying to be efficient in the way that we use energy.

“The Kell process is a very good example of that. We have invested in Kell since 2012. So, for eight years we’ve been investing in a technology that can use a fraction of the electricity being used in beneficiating and smelting of PGMs,” he said.

Then four years ago, it studied the battery electric vehicle trend and renewable energy and found that many were viewing it as a niche area and few were really focussing on it properly.

“Things like lithium and graphite were not really viewed as mainstream. So, I took my team back to the school bench and they had to start learning again.

“We also hired a number of PhDs and very clever people as metallurgists, mining engineers and geologists. That put us in a position where we could really look at these deposits and how to mine them,” Frandsen said.

As Nouveau Monde chairperson, he set out to become a zero carbon footprint miner, helped by 100% access to hydro-generated electricity.

“It’s green and has no carbon footprint, not only when it comes to beneficiation plants but also the mine itself. We’ll be the first 100% electrical openpit mine,” he said, referring to OEMs having until January 30 to submit their bids to electrify the graphite mine’s openpit optimally.

“We’re already getting bids in, and we’ll be able to say in the first quarter of next year who is going to provide the fleet for our mine. Even if you’re a relatively small company, you can make a difference by clearly articulating that going forward, it’s not okay to leave a carbon footprint, and it’s not okay to harm, and becoming a net zero water user is possible.” What adds to the operation’s greenness is that the purified graphite product goes into the anodes of batteries.

Instead of transporting chemicals to the mine, the graphite is transported to a facility next to the plant that supplies the chemicals.

“So, there’s no transport of chemicals, a much lower footprint and greater safety,” said Frandsen.

Again, all the electricity used in the purification process is hydro-generated, which is by design, not accident.

“We decided where we wanted to operate and we decided on where we wanted to put our plant. Green electricity is very important, which is why we are trying to harvest the sun in the Northern Cape, and to get into renewables there,” said Frandsen, who also believes that if the hydropower potential of the Southern African Development Community (SADC) is fully used, Southern Africa could be in the same position as Canada.

“We just need to invest in it. Go across borders and do things where green energy can be generated, instead of saying that it's more expensive than burning coal. Burning coal might not be legitimate in the years ahead and platinum needs to be as green as possible,” he emphasised.

Representing the IDC on the Sedibelo board is a director who specialises in renewable energy investments, as an investment executive at Hosken Consolidated Investment (HCI).

Mining Weekly: Will Kell be powered by renewable energy at Sedibelo?

Frandsen: Absolutely. If you look at our board composition, Lael Bethlehem, the representative of the IDC and working for HCI, is one of the prominent individuals in the renewables space. She’s very active in the Northern Cape in this respect and we definitely have a dialogue in that area and I think there’s absolutely no reason why not. In Scandinavia and Canada it rains a lot and there’s a lot of water, so we use water. Especially in some parts of South Africa, there’s a lot of sun. Let’s use that. We also have the hydro potential. We have wind. It’s not that we can do only one thing. We need to harvest it all and be smart about it.

Frandsen: Absolutely. We have to find a solution. It’s not the same cards we’re being dealt. It’s like playing bridge. You play the hand that you’ve been given. You cannot have one form fits all. It doesn't work. But it’s upon us to use what we’ve been given. That’s what we should do in South Africa as well. That’s why with Kell, I’m delighted the IDC is in there being supportive. I’m delighted to see how the government is being supportive of solar, and I think that we need an SADC solution around hydro. I really think there is a great potential there, and some of us, who have spent a fair bit of our life in the Cape, know that the wind blows down there. So, let’s harvest that too and there are some very good waves around South Africa for the generation of wave energy.

Mining Weekly: Have you taken a decision yet on the listing of Sedibelo on the stock exchange?

Frandsen: We’re discussing it all the time, obviously. I think it’s important that one becomes clear about what the objective is. I grew up in the banking environment so for me everything should be listed. However, we have a very successful operation that Erich Clarke, our CEO, is running extremely well. He’s not frivolous with the use of money and he’s generating good cash in the current environment. He has very good plans for our expansion into what we call the Triple Crown, which is downdip of our current operations. We’re sitting on 60-million contiguous ounces on the western limb of the Bushveld Complex and that is very valuable. Yes, I can see Sedibelo being publicly listed but again we have to look at what it achieves to be publicly listed and if we think that the benefits are there; I think we will do it.

Since Sedibelo delisted in 2012, it has continued to report quarterlies and continued to have systems in place that stand up to the scrutiny of stock exchange listings, Frandsen emphasised.