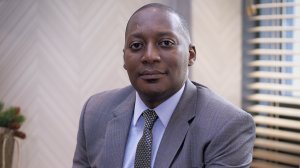 JOHANNESBURG (miningweekly.com) – South Africa’s current mining boom is papering over some very serious structural issues that underlie the mining industry as a whole.

“Chief amongst those is the slowdown if not disappearance of investment in future capacity, a trend we’ve been seeing for the past ten years,” said Nedbank mining and chemicals senior lead Vusi Mpofu, who was speaking to Mining Weekly in a Teams interview. (Also watch attached Creamer Media video.)

"In terms of expansion and exploration, South Africa has definitely been on a downward trend. Despite the quality and the output of product that comes out of South Africa, we have infrastructure challenges from a logistics perspective. A number of players within mining are struggling to get product to market as efficiently as we possibly can, bearing in mind that we sit on the southern tip of Africa," said Mpofu.

“We may be able to compete in terms of all-in sustaining costs at the operations, but we still have a logistics challenge. To the extent that we don’t have more efficiencies within that particular chain it becomes a disadvantage for the sector as a whole,” he added.

“The other issue which I would place in my top three detractors of a mining boom for South Africa, particularly going into the next ten to 15 years, is the policy uncertainty.

“There have been improvements in recent years. We don’t have as fractious a relationship as previous policy makers have had with the mining sectors but we are still not where we should be. Add to that the capacity constraints that are built into our statutory and government bodies that ultimately still have to implement this policy.

“We have quite a few things that we should be working on as government and as the mining sector as a whole,” Mpofu emphasised.

Mining Weekly: What is the potential the South African mining sector is missing out on?

Mpofu: To the extent that we want to be able to grow South African industry, create more jobs and improve our gross domestic product for South Africa, we are in a race that competes for foreign direct investment from capital that comes out of Canada, London and Sydney and that capital has, over the years, been finding its way to other geographies. You will find that the rest of the African continent has progressively been eating up more of that investment spend. A lot of it is also going to South America and it becomes a sad indictment on South Africa as a whole if you find that people find it easier to mine in war zones than in South Africa, not only from a policy perspective but also from the point of view of the stability of energy. Moves in the power space to permit generation of up to 100 MW is the kind of revolutionary thinking that we need. The level of interest that has responded to this is testament to that bigger step in the right direction.

What else do we have to do to rise to the required higher level?

If you look at the Northern Cape and the commodities such as iron-ore and manganese that are normally found there, investment in particularly exploration is needed. I would caution whether we need to be equally aggressive in platinum group metals (PGMs). In the past we’ve found that we must stay away from the Kool-Aid. Yes, we’ve got elevated prices that can create an impression of viable investment cases at current levels but capital will follow viable investment cases. If you look to the demand dynamic and outlook, we still have sufficient capacity from a PGMs perspective. Gold is where it is. We are running gold mines with all-in sustaining costs that cannot compete with global standard. What can we do on that front? Not much, when you look at gold, apart from investing in technologies that can try and optimise some tailings extraction for gold. There are a few levers and it will all be dependent on the particular focus.