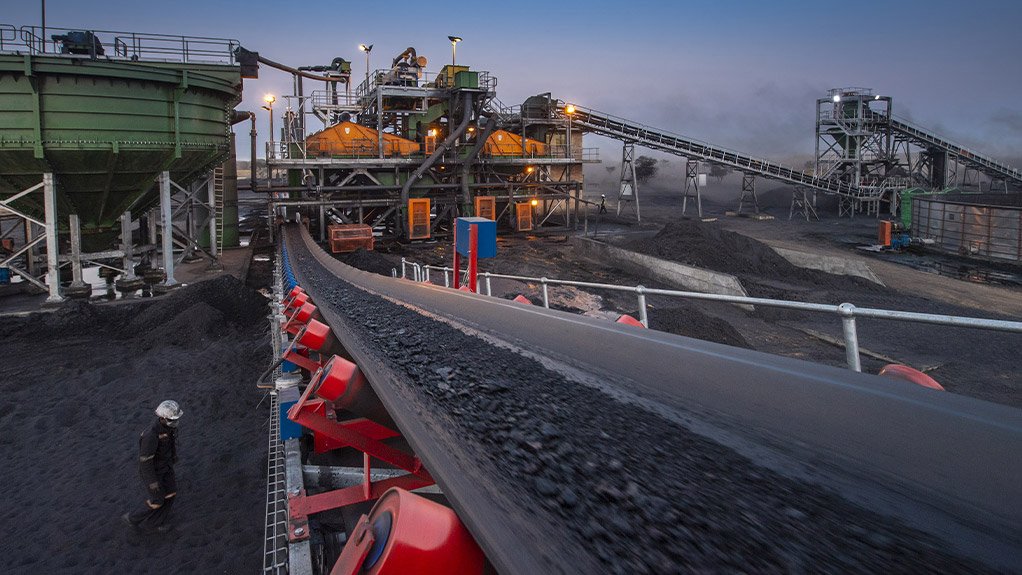 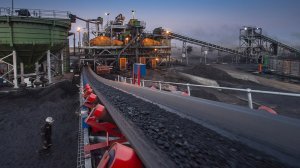 Coal conveyor at Minergy's Masama mine

The company achieved the one-million-tonne mark for ore extracted and processed at its Masama coal mine, which is located 60 km northeast of Gaborone, in Botswana, in the year under review.

The company started turning a profit in the fourth quarter of the 2022 financial year ended June 30, which sets it on a path for a profitable 2023 financial year.

Minergy’s operating loss has narrowed to P74-million, against an operating loss of P85-million posted in the prior financial year, mostly owing to the company breaking even in the last quarter.

CEO Morné du Plessis describes the reporting year as “historic” in having a challenging first three quarters, followed by an exceptional turnaround in the fourth quarter.

He attributes the company’s pure coal sales growth, which amounted to P297-million, against pure coal sales of P167-million posted in the prior year, to the many European and Eastern countries looking for alternative sources of supply.

As a result, Minergy’s high-quality coal became a sought-after commodity. Du Plessis tells Mining Weekly that the cycle of a shortage of energy supplies is poised to continue, particularly if the war in Ukraine persists beyond this year.

He believes governments are realising that switching off coal completely is not the way to go if economies are to remain electrified. Du Plessis adds that because many coal mining companies have ceased operations or diversified away from the commodity, it leaves a shortage of coal supply in the market, to which Minergy is well positioned to cater to.

Du Plessis explains that the war in Ukraine has led to high coal prices as of end-March, as energy markets have come under severe security of supply pressure.

However, he adds that hyperinflationary-like price increases for explosives and diesel diminished some of the revenue gains made in the year.

The regional market, in contrast with the international market, was constrained for most of the year under review, owing to an oversupply of coal.

Du Plessis explains that because South Africa’s State-owned freight utility Transnet Freight Rail failed to support many coal dispatches into the export market through its Richards Bay port, many coal suppliers dumped coal into the regional market instead of exporting to the international market.

Moreover,  the year was also marked by some key events for the company, including a debt restructuring exercise to stabilise the business and the successful commissioning of Stage 4 of Masama’s processing plant, which involves screening and stock handling.

The mine is currently producing at a run-of-mine rate of 125 000 t a month, or 1.5-million tonnes a year, which Minergy aims to sustain in the 2023 financial year.

Responding to whether Minergy plans on expanding Masama or venturing into more projects, Du Plessis says the mine’s 390-million-tonne resource will keep it in production for well over 100 years, even at aggressive production rates.

Instead, the company will focus on its markets and maximising sales, particularly the seaborne market, which Du Plessis says is now a viable pursuit owing to high prices.

Minergy continues to capitalise on viable export opportunities through the ports of Walvis Bay, in Namibia, and Maputo, in Mozambique.

“Historically, plant and market factors limited us from operating at optimal capacities, but fortunes have now changed. This turnaround supports the expansion of mining operations to produce additional coal, and the mining fleet has been increased to capitalise on this.

He is positive about the outlook for the coming year and expects the company to become operationally profitable, following some challenging start-up years.