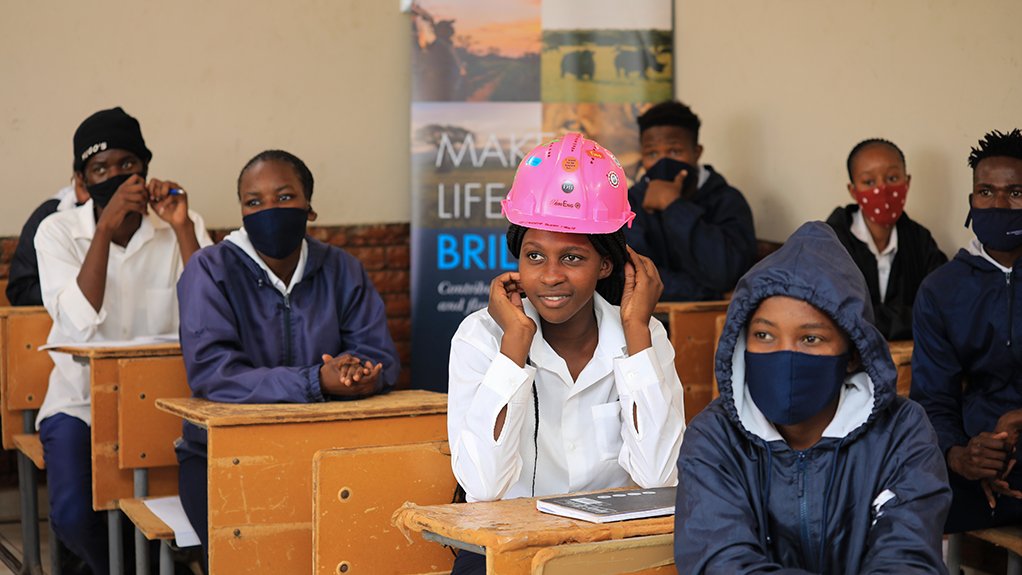 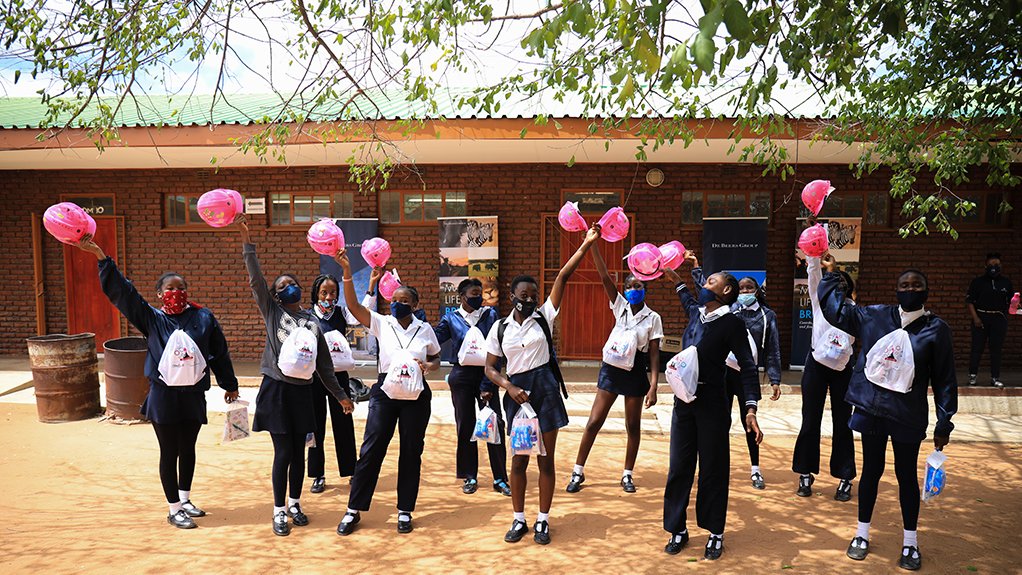 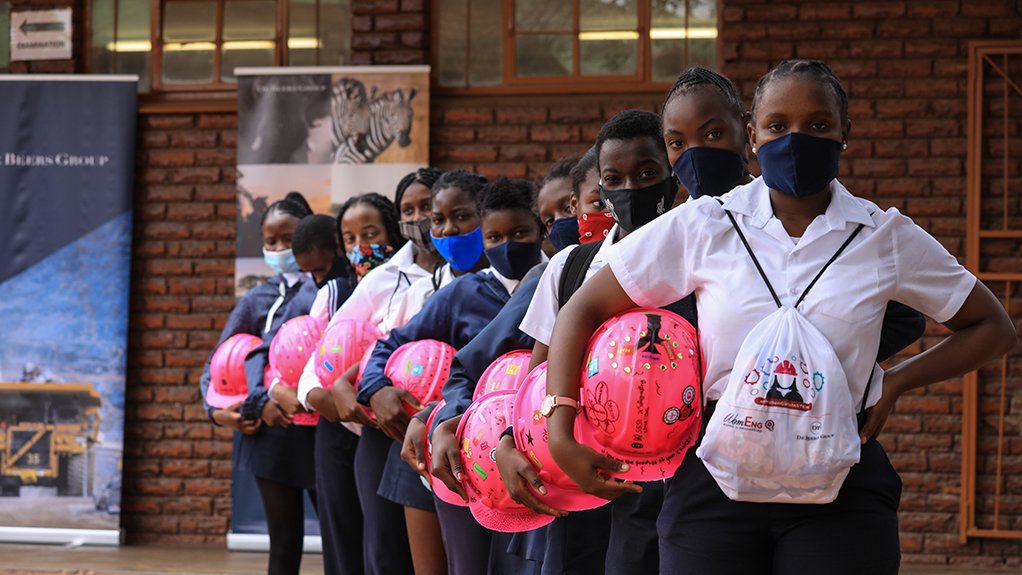 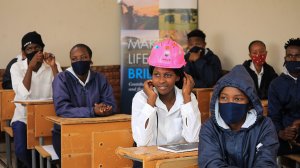 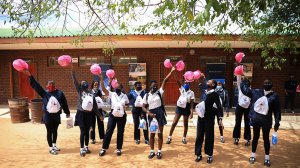 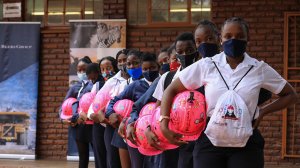 INCLUSIVE GROWTH De Beers strives to achieve its goal to engage 10 000 girls and women in STEM by 2030
SUPPORTING EDUCATION WomEng is a global, multi-award-winning social enterprise which helps engage and develop girls and women for the engineering and technology industries
SUCCESSFUL PARTNERSHIP Despite challenges presented by Covid-19, more than 2 200 students were reached by the end of 2021 through a GirlEng programme for schoolgirls

To mark International Women’s Day on March 8, diamond miner De Beers Group announced that it had extended its partnership with WomEng for a further three years. This expands the reach to cover all four of the countries where De Beers discovers diamonds, placing a greater focus on supporting women and girls to pursue careers in sustainability-related fields.

The partnership will play an important role as De Beers strives to achieve its goal to engage 10 000 girls and women in science, technology, engineering and mathematics (STEM) by 2030, as part of its wider Building Forever sustainability goals.

WomEng is a global, multi-award-winning social enterprise which helps engage and develop girls and women for the engineering and technology industries. The original three-year partnership focused on developing leadership, innovation, wellbeing and employability skills for women and girls in Botswana, Namibia and South Africa.

Despite challenges presented by Covid-19, more than 2 200 students were reached by the end of 2021 through a GirlEng programme for schoolgirls, and a Fellowship programme for women studying engineering and technology degrees at university.

The three-year extension will see programmes expanded beyond Southern Africa to reach students in Canada and the UK, as well as beyond university courses to include vocational and skilled trades. There will also be a greater emphasis on future-focused sustainable development topics, such as renewable energies and climate solutions.

De Beers will also roll out WomEng’s Emerging Leader Programme within its own business to help support, retain and promote women in technical roles as it works towards achieving gender parity across its global workforce as part of its United Nations (UN) Women HeForShe Alliance commitment.

In addition, De Beers will work with WomEng to support women-founded engineering and technology businesses in the company’s host countries that are focused on addressing critical sustainability challenges.

At the time of the announcement, De Beers Group sustainable impact senior VP Katie Fergusson said: “Women remain significantly under-represented in engineering and technology fields globally. We are delighted to be building on the success we have already achieved with WomEng, which has been an exceptional partner to work with as we seek to deliver our mutual goals.”

She added that extending the partnership, would enable both entities to provide “more talented women and girls access to opportunities, mentorship, and the confidence to pursue rewarding careers”.

“We have an ambitious commitment to achieve gender parity across our global workforce by 2030 and key to achieving this will be fostering greater diversity within the talent pipeline. With the programmes offered being expanded to include an emphasis on sustainability-related fields, we’re working to build a more equitable and sustainable future in alignment with our ambitious Building Forever goals.”

WomEng co-founder Naadiya Moosajee added: “We are ecstatic to continue building on the work we have done through our partnership with De Beers. It takes an ecosystem approach to support diversity, equity and inclusion within the engineering industry and it’s incredible to work with a partner that understands this, and who supports us in developing women and girls for bright futures in the sector.”

De Beers will deliver this goal in part through the expansion and scaling of the Accelerating Women-Owned Micro-Enterprise programme, which was implemented in 2018, in partnership with UN Women, in Botswana, Namibia and South Africa.

Despite the challenges of various lockdowns, the programme continued to support women to build their businesses throughout 2021, with more than 1 800 women micro-entrepreneurs having been reached to date.

De Beers noted that the focus in 2021 was on the immediate need to support businesses impacted on by the pandemic, helping them gain the necessary support. New offerings were also introduced, including a training course to support women as they look to start their own businesses; new digital literacy training courses to enable entrepreneurs to thrive in a digital world; and tailored training for entrepreneurs in certain sectors, such as the appointment of an agriculture specialist to support more than 132 women farmers participating in the programme in South Africa.

The second Building Forever goal is achieving equal opportunity, including gender parity, for employees across its workforce by 2030.

De Beers has made a deliberate and focused effort to improve inclusion and diversity across the business. This includes the launch of reciprocal mentoring, a focus on talent development and succession planning, unconscious bias training, an Inclusion & Diversity steering group and an all-employee education campaign.

This has resulted in considerable progress, with representation of women on De Beers Group’s executive Committee increasing from 0% in 2017 to 31%.

On the topic of women representation, De Beers Group carbon neutrality head Kristen Hund will be speaking at the Investing in African Mining Indaba, which will be hosted at the Cape Town International Convention Centre from May 9 to 12.

Further, last year, De Beers announced a five-year extension to its global partnership with UN Women, which also saw De Beers CEO Bruce Cleaver appointed a Champion of the HeForShe Alliance. The current focus of the partnership is on increasing the representation of women in technical and leadership roles across De Beers Group through enhancing talent development and succession programmes and extending training and awareness.

Moreover, De Beers launched ‘CountYourSelfIn’ to help improve understanding of workforce demographics and support employees in their home and work lives. A ‘Recognising and Responding to Domestic Violence’ policy was also introduced to support colleagues who are survivors of domestic violence.