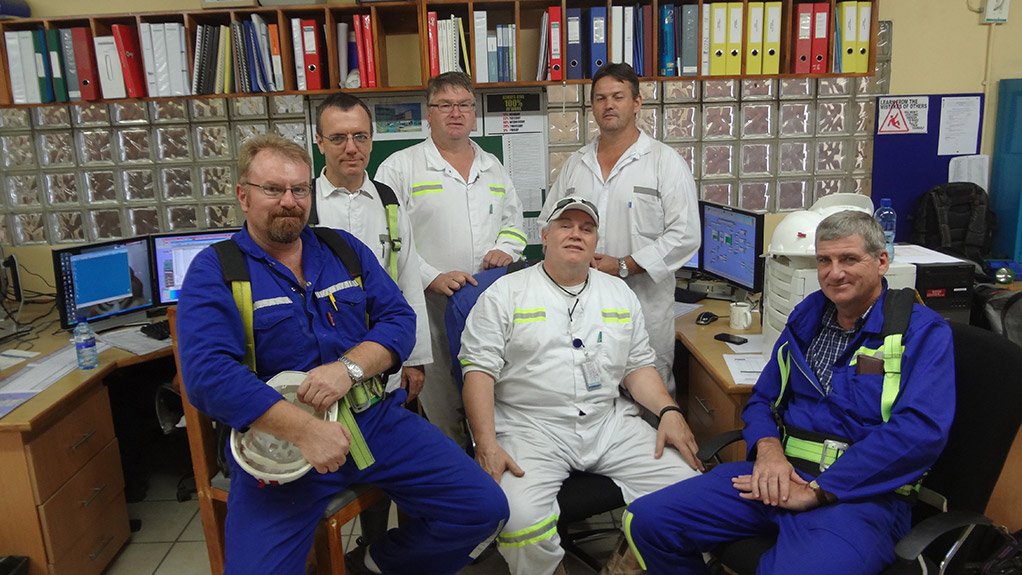 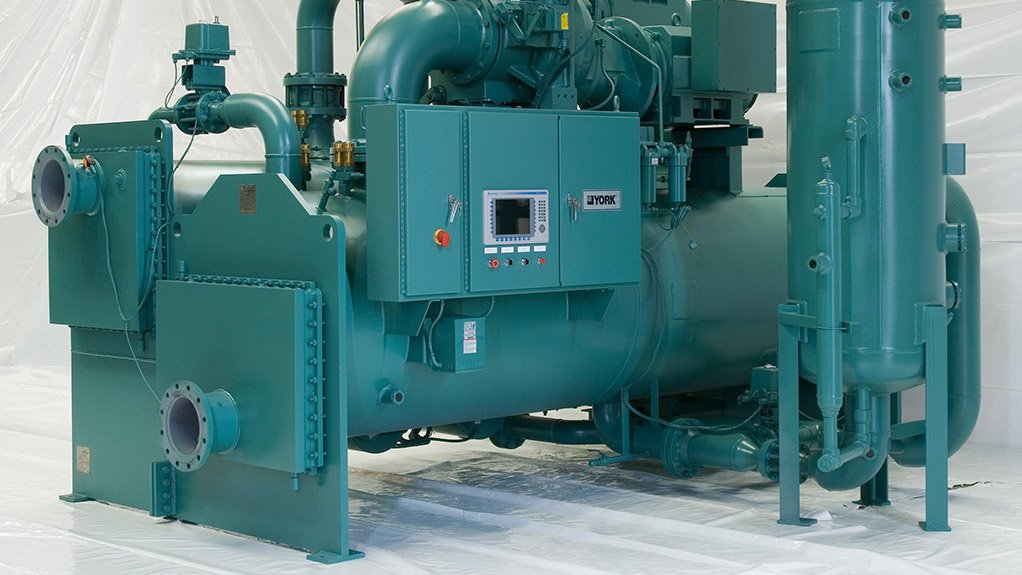 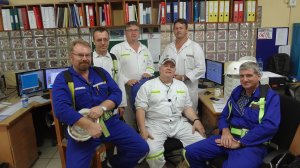 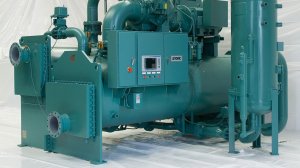 CHILLER COMMISSIONING TEAM The team responsible for commissioning of the chillers
YORK CHILLER A compound design of the chiller arranges two compressors in a lead-lag design, operating them in series

The request for mine cooling equipment was put out on tender in 2008, with three bidders competing. Johnson Controls Building Efficiency was chosen, owing to the York chiller’s proven mining record, and its ability to adapt the cooling systems to operate on the mine’s existing Siemens PCS7 programme logic controller (PLC).

“This will provide us with the necessary 14 MW capacity we need. A fifth chiller, which is likely to be ordered at the end of 2015 and installed in early 2017, will provide redundancy, completing the installation,” says PMC ventilation, cooling and water handling package manager Gavin Meredith.

The first chiller has been operational for just over a year and start-up of the second unit is planned for December. The third and fourth chiller will be assembled and commissioned in 2016 by a Johnson Controls Building Efficiency team, with a PMC team taking over the operation mid-2016. This will provide adequate cooling for future underground planning.

The CYK chiller installation at PMC is the first of its kind in Africa, and the first underground installation globally. By installing the chillers underground, the mine reduces the need to pump water to the surface for cooling. Return air is used to reject heat in underground cooling spray chambers located at Lift I. Chilled water from the chillers is sprayed in underground bulk air coolers, designed by BBE Consulting, that provides cooled air to Lift II mining activities.

But the operation also distinguishes itself in other ways. Meredith says PMC is a pioneer in terms of copper mining because of the depth at which mining is conducted and the hard-rock block cave mining method used. The composition of the rock is unusually hard for this type of mining, which impacts on operations and conditions underground.

The CYK chiller technology was a key deciding factor for PMC in selecting a solution. At 1 700 m – 50 m deeper than initially targeted – virgin rock temperatures in the mine are 57 °C.

“When the leaving chilled fluid or leaving condenser fluid temperature exceeds standard limits, the required lift of the compressor increases,” he says, adding that the compressor must develop higher differential pressure on the refrigerant gas in the compression phase, which results in higher head pressure or lift.

The CYK chiller overcomes these compressor-design challenges through compounding. A compound design arranges two compressors in a “lead-lag” design, operating them in series. By pushing the refrigerant gas through two compressors, the pressure ratio becomes the sum of the two individual centrifugal compression ratios. The result is a much higher total lift pressure available to the system, which can handle the high head demanded by extreme conditions.

Reducing Costs BBE Consulting senior engineer Rudolph Janse van Vuuren says the CYK chillers being a “catalogue product” significantly assisted in reducing their cost, as they are not custom designed.

He notes that the mining environment was taken into consideration when options were chosen for corrosion protection and longevity, as there are more particulates in the water systems and higher-than-normal levels of acidity from blasting and mining operations.

Hattingh says “quite a bit” of on-site testing had to be performed to ensure the chillers operated in accordance to their nameplate design on the new mine-specific PLC; however, most of the testing was done with the first chiller installed, thereby allowing the installation team to apply the results to the other chillers.

Meredith says: “Johnson Controls Building Efficiency was the only company that could offer us a high-head, high-capacity, industrial-type machine fit for the mining environment with additional customised features like specialised PLC technology that integrated with our supervisory control and data acquisition system.”

Hattingh notes that Johnson Controls’ York brand has been used in underground mining applications since the 1960s, and that the PMC project emphasises the type of cost savings that can be achieved using modified off-the-shelf type of cooling systems instead of specialised and expensive systems.