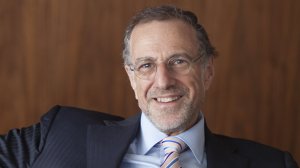 JOHANNESBURG (miningweekly.com) – There is no reason why Eskom cannot return to a situation where it can be a credible, reliable supplier of reasonably priced electricity, Sir Mick Davis said on Thursday.

“Eskom is a resolvable problem," said Davis, a former Eskom CFO and now back in critical minerals and metals mining in the interests of global climate change abatement.

The UK-based Davis was speaking to Centre for Development and Enterprise executive director Ann Bernstein in a Zoom interview covered by Mining Weekly.

In 2018, President Cyril Ramaphosa appointed Davis to his task force on Eskom.

On whether Eskom was in a death spiral, Davis said as with all State-owned enterprises, there was an inevitability of decline and degradation, with Eskom being so large and so integral to the South African economy that its decline is potentially fatal for the economy itself.

Over a period of years, Eskom had been impacted by mismanagement, loss of skills and significant corruption, which had raised the cost of its operations, created massive key raw material supply risk and a blow-out of costs in the building of capacity.

A consequence was that Eskom was sending out less electricity currently than ten years ago, a position in which no economy should be.

This had inhibited the growth of businesses, prevented some businesses from being established and raised the South African cost base.

“I fear for South Africa because Eskom can in fact fall over and if it does fall over, the ability to rebuild it I think is going to be somewhat limited, so I am very concerned,” said Davis.

But there was no reason why Eskom could not make a reliable return.

“There is no reason why that cannot happen,” said Davis.

While there were some problems in South Africa that would take generations to resolve, Eskom was not one of them.

“Let me say, I’m hugely full of admiration for the current chief executive of Eskom and the battle that he’s fighting and the initiatives that he’s taking. But he cannot be successful unless there is a purposeful response by government to do the right thing, and the right thing is to address the issue of Eskom’s crippling debt and remove that burden in some appropriate way from the balance sheet so that Eskom in fact does not pay out such a significant amount on interest and finance charges, which inhibits its ability to address operational consideration,” he said.

Government needed to create an environment where municipalities which failed to pay for their electricity were either forced to pay or the government would have to step in to find a resolution to that.

“Running a power system is an art, it’s not a science. It needs a huge amount of skill base. It needs people with experience, and I strongly believe that finding ways of getting that experience is to go around the world and tap into the best operators you can find. Some of them are ex-Eskom people and bring them in for a three-year period as a proto team, which you helicopter into Eskom to work alongside the current Eskom personnel and train them as they re-perfect the running of the system, so you start getting reliabilities, which start matching standards that allow you to produce at reasonable rates,” Davis advised.