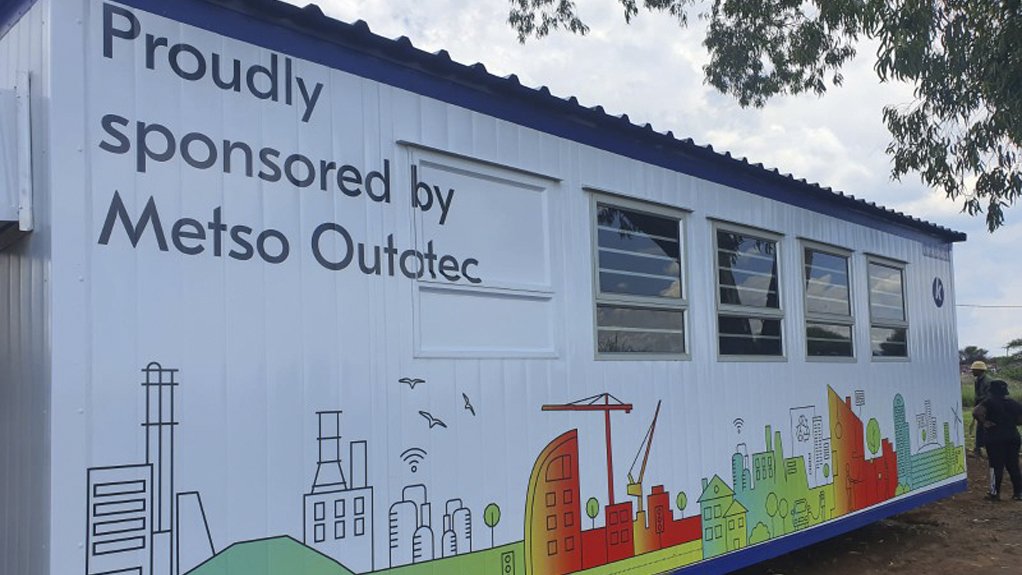 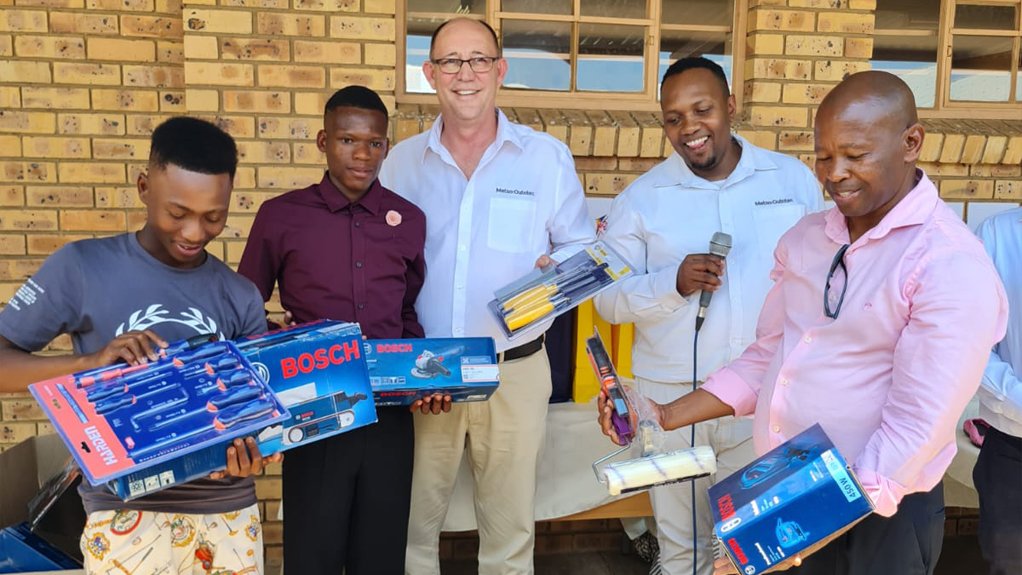 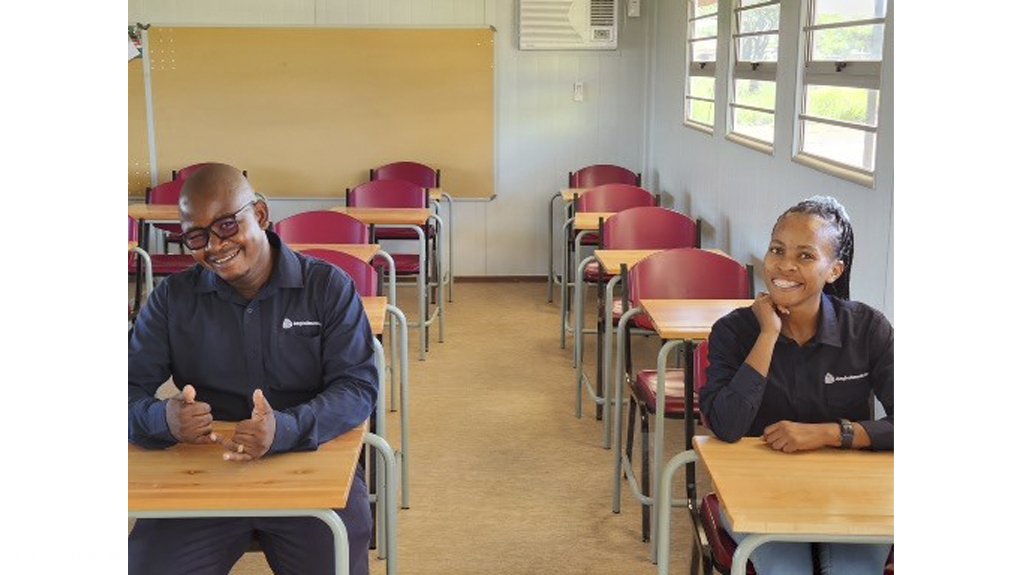 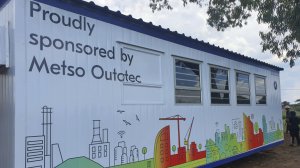 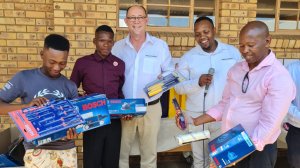 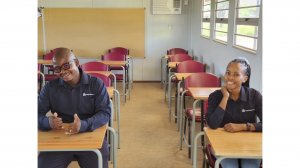 There is strong evidence that suggests that quality infrastructure at schools improves learners’ academic performance and reduces school dropout rates. However, many schools in South Africa are less fortunate, and therefore find the lack of infrastructure to be a barrier to the realization of education as a fundamental constitutional right.

As a result, classrooms are often congested, which impacts on academic performance.

Tshaile Secondary School, in the North West community of Mononono, is one such school, with more than 450 pupils needing to be taught across eight classrooms, and its serious lack of infrastructure and other important resources making it difficult to enhance and enable a conducive teaching and learning environment.

It is for this reason that Metso Outotec, a sustainable technology supplier to the mining and aggregates industry has donated a classroom to the Tshaile Secondary School, which has not been able to develop further since its establishment in 1988 owing to its embattled community, of whom the majority are low- or middle-income earners.

Tshaile is a public school with two streams – mathematics and science, and mathematical literacy and history – with a constant student performance of between 80% and 100% over the last decade.

Metso Outotec, Marketing Director, Francois van Tonder adds that Metso Outotec endeavored to help build, transport, and place the infrastructure for another classroom, which was delivered earlier this month, as this would significantly improve the school’s ability to advance and prepare its students for the future.

The classroom was also equipped with tables and chairs, and everything else it needed, and is connected to electricity, making it a fully functional classroom.

The school is now equipped with nine classrooms, though it still needs another, as well as a science laboratory, a school library and an administration block, a staff room, and an office for the principal and departmental head, among others.

The school says the administration block alone would enable it to more efficiently execute its duties, as the current infrastructure hinders efficient administration at the school.

“One of the things Metso Outotec believes is that it needs to be customer-focused and based on what we want to contribute within the CSI space, we believe this is a major opportunity for us to give something back to our customers, and the communities in which we operate.”

“We engaged with the community to understand what their needs are, and because education is so close to our hearts, this was a fairly easy decision to make,” Van Tonder notes.

Metso Outotec, Office Manager Marica Grunewald, meanwhile, enthuses that former Tshaile students are currently residing in London, and New York, which she says is “evidence of how much the school invests into these children”.

What makes this specific donation special, Grunewald adds, is that the school placed the classroom next to the same tree they used to have classes at outside.

Alongside non-profit organisation, the Refilwe Mutloane Foundation, Metso Outotec intends to continue assisting the Tshaile school, and others like it.

Van Tonder encourages more companies to do the same, as “the list of cases is endless”.

“We want to enable and encourage the masses to help where they are able to, as this will have a multiplier effect and make a difference.”

Earlier this year, Metso Outotec also assisted a special needs training centre, whereby the company was able to provide about 23 students with the necessary equipment to start their careers as artisans, welders, bricklayers, and more.

“That’s really what CSI is about for [us] – being able to make a difference and change someone’s life by giving them the tools they need to go out into the world, and achieve great things,” Van Tonder and Grunewald enthuse.

Metso Outotec is a frontrunner in sustainable technologies, end-to-end solutions and services for the aggregates, minerals processing and metals refining industries globally. By improving our customers’ energy and water efficiency, increasing their productivity, and reducing environmental risks with our product and process expertise, we are the partner for positive change. Metso Outotec is committed to limiting global warming to 1.5°C with Science Based Targets.

Headquartered in Helsinki, Finland, Metso Outotec employs over 15,000 people in more than 50 countries and its sales for 2021 were about EUR 4.2 billion. The company is listed on the Nasdaq Helsinki.