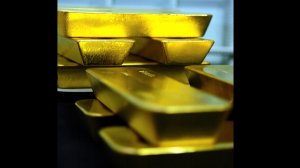 JOHANNESBURG (miningweekly.com) − It has been a volatile time for the metals market, as a result of the dire state of the global economy amid the Covid-19 pandemic; however, the performance of metals in the second quarter points to signs of some recovery, speakers indicated during S&P Global Market Intelligence’s state of the market webinar, held on August 13.

Owing to the second wave of Covid-19 in the US Sunshine Belt and amid fears of a weaker-than-expected recovery, there was renewed buying of US treasuries.

Gold, perceived as a safe haven, tends to move in the opposite direction. This was seen in July, when gold reached all-time highs.

Silver had benefitted from the overspills, noted Rodwell, with its price having risen from historic lows − along with platinum.

However, he indicated that, despite this rise in silver prices, it still continued to play catch-up with gold, with the gold to silver price ratio still at the same level as in 2017.

Industrial commodities, meanwhile, were rebounding strongly, driven by Chinese recovery, noted Rodwell. The country has managed to get the virus under control and, with the economy restarting, demand for these metals has been rising.

However, the surplus is expected to shrink and prices are expected to reach $16 000/t as battery sector demand increases.

Rodwell indicated that there had been an increased demand for zinc in China, which had caused the price to rise.

The new Chinese stimulus, announced in May, dragged zinc prices to a quarter high. S&P expects the second quarter to be the lowest average quarterly price of this year as more countries begin to lift lockdown restrictions.

Despite increased demand from China, a market surplus for zinc was still expected in both 2020 and 2021, said Rodwell.

Copper prices are continuing a strong bounce-back on the back of the Chinese economy restarting.

Chinese refined copper and copper concentrate had increased by 11% year-on-year respectively during January to May, noted Rodwell.

In terms of iron-ore, a resurgence in Chinese demand and supply tightness from Brazil led to a strong rally in the second quarter’s prices.

The majority of the funds raised were for projects in the Americas; with a two-year high in capital raised for Canadian projects.

He also noted that mining deal activity and value had increased in the second quarter compared with the first, with buyers undeterred by the pandemic. The quarter saw the highest number of deals since the third quarter of 2018.