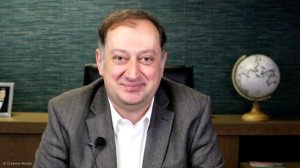 Speaking to Mining Weekly in a Zoom interview on host community unrest, the negative impact on job creation of prolonged regulatory processing, and the disruption to Transnet caused by vandalism and cable theft, Bayoglu said Menar was by no means the only mining company that had experienced recent operational disruption despite its many community development initiatives. (Also watch attached Creamer Media video.)

If negotiations are successful, Menar – a private investment and management company in anthracite, coal and manganese – will make a major announcement on its second new manganese project, which would take the company’s investment programme beyond the original R7-billion earmarked.

On the host community challenge, Bayoglu said that mining companies needed further guidance from the Department of Mineral Resources and Energy (DMRE) because dealing with communities is not that simple.

“We’ve had disruptions recently and we ended up going to court to seek an interdict against one of the communities to stop the disruption because we were worried that it would affect jobs,” Bayoglu said.

While calling on police help is the right call, Bayoglu contended that the community issue was not only a security issue: “It’s a matter that needs to be discussed by all stakeholders and requires competent leadership from all and guided by the DMRE. We really need their advice and their guidance regarding how to deal with the communities. Policy certainty on community relations would be very helpful.”

On the need to speed up regulatory approvals and licencing, he said: “A critical thing we all have to understand is that if we speed up the approvals, they will all come back to the country as investment, as jobs and as emerging businesses.”

On the need to improve rail logistics, he said: “Transnet’s biggest challenge is vandalism and theft and I think the National Prosecuting Authority should be engaged to deal with it.”

Mining Weekly: How are community relations being tackled in your operations?

Bayoglu: We have long recognised host communities as key stakeholders for the success of our operations. That is why we spend a lot of our resources in communities. First, we established a department of social licensing. Secondly, we provide significant opportunities to local contractors. And thirdly, we invest in community development initiatives. However, in the last few months we have had disruptions of operations because of leadership challenges in communities as well as high rates of unemployment and poverty. Some community leaders unfortunately exploit the desperate situation communities find themselves in for their own personal interests. We have had to approach courts to seek interdicts because if we don’t do that, disruptions will put jobs at risk and many of our contractors will lose opportunities and risk their credit profiles being negatively affected. So, we are taking a very constructive approach to the challenges. We are not the only ones facing these challenges. The Minerals Council recently issued a statement raising concerns about how some of these disruptions are caused by people who want to interfere in how mining companies procure goods and services.

Mining Weekly: What’s your assessment of the state of regulatory approvals and licensing?

Bayoglu: President Cyril Ramaphosa, Mineral Resources and Energy Minister Gwede Mantashe and Water Affairs Minister Lindiwe Sisulu have all made public commitments to speed up approvals. I think that commitment must be acknowledged and appreciated. It’s the right step in the right direction. However, they need to be encouraged to make sure that everyone sings from the same hymn book. Some delays could be avoided as it costs the country much-needed urgent investment. A small glitch in the approval process or an oversight by an official can cost a significant number of jobs. While we have been successful to get approvals – and we are grateful for that – there were delays in some instances which we hope can be resolved quickly because we work constructively with officials across the value chain of the approval processes by supplying them with all the technical reports required to fulfil their regulatory obligations efficiently.

Mining Weekly: We are seeing significant activity in the market across all minerals. Is our logistics infrastructure serving the mining industry well?

Bayoglu: Transnet is doing its best. However, it is saddled by legacy issues. The new leadership as Transnet has had engagements with the mining investors where concerns about availability of logistics capacity are discussed. The concerns are valid, but there is no doubt that Transnet has the capacity to resolve them. Of all the State-owned companies that were negatively affected by State capture, it is one company where corruption has not completely depleted capacity to rebuild. The emerging threat to the country’s logistics infrastructure is theft and vandalism. Significant investment in security to safeguard infrastructure is key to limit economically costly disruptions. What is advantageous to Transnet, compared to other State companies, is that Transnet has a good problem of having a market to serve, but it’s often too big and stretches the company’s capacity. Transnet has to take advantage of the upswing in the commodity cycle.

Mining Weekly: Are you still positive about staying invested in South Africa?

Bayoglu: Yes, we are very positive. The challenges that exist are a fact of life. Despite the challenges, we still believe that mining investment in South Africa provides good returns. We are still on course to spend R7-billion in developing new mines and expanding the life of some of our operations. We are at an advanced stage to start mining in Hendrina after all licences have been issued. We are at the last stages of securing a water use licence for our Palmietkuilen (Bekezela) Colliery. We are engaging with regulators to allow us to invest more in Kangra. We believe that if we don’t extend the life of that mine, the community will be negatively affected. We remain a major contributor in terms of jobs and economic activity in the area. And our diversification project is on track, as we expect to expose manganese ore in our brand new mine next month (July). If things go well, we might make a major announcement on a new manganese project, which might result in our investment going beyond the original R7-billion we had earmarked. Negotiations are ongoing with strategic partners and we will brief you as soon as we are ready. All these developments show that we remain committed to investing more in the country.