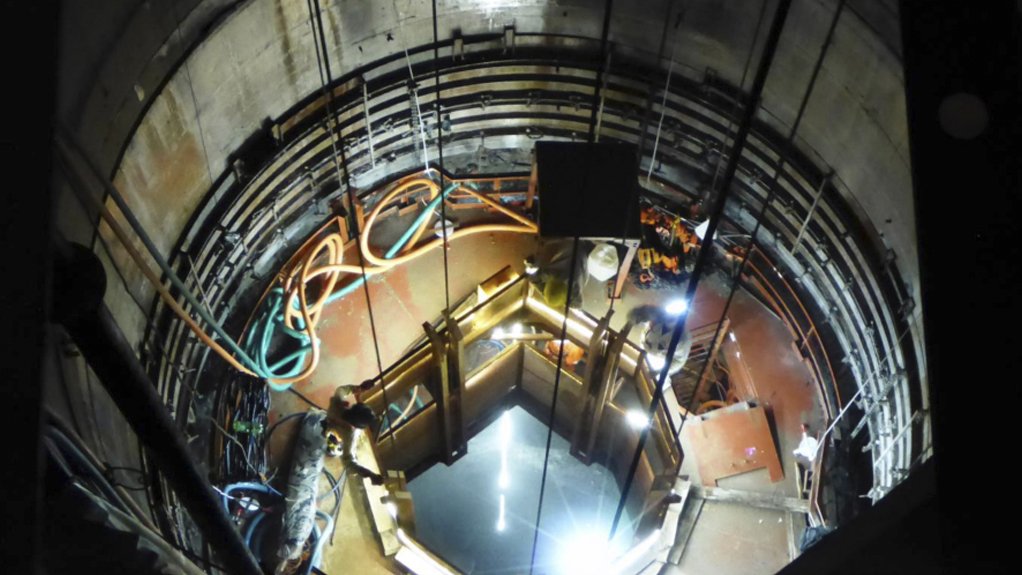 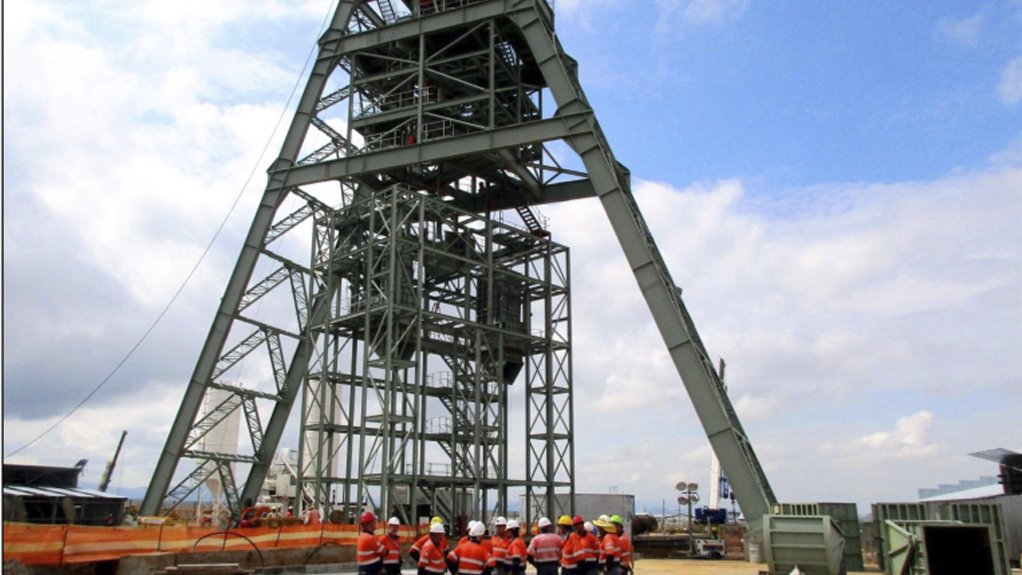 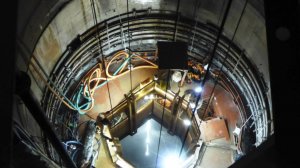 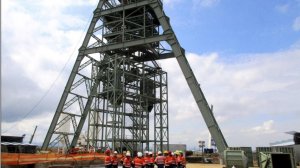 The changeover from presinking activities to main-sinking activities at Shaft 1 of the Platreef platinum-group metals (PGMs) mining project, in Limpopo, is expected to be completed by April, enabling the start of main sinking.

Presinking of the shaft was completed to a depth of 54 m below surface. Initial shaft sinking activities (drilling, blasting and mucking) started on October 26, 2015, fol- lowing successful construction of the shaft collar and ventilation plenum.

Shaft 1 will be used for initial access to the orebody and early underground development, says Canadian exploration and development company Ivanhoe Mines in its 2015 year-end results and review of operations released on March 24.

The Platreef project is owned by Ivanplats – which is 64%-owned by Ivanhoe Mines – and hosts an underground deposit of thick PGM, nickel, copper and gold mineralisation in the northern limb of the Bushveld Igneous Complex, about 280 km north-east of Johannesburg and 8 km from Mokopane, in Limpopo.

The main access to the orebody and venti- lation system is expected to comprise four vertical shafts.

During the main sinking of Platreef’s Shaft 1, Ivanhoe adds, shaft sinking contractor Aveng Mining expects to sink at a daily average rate of about 2.5 m. Aveng is also responsible for the excavation of the box-cut access for the shaft collar and vent plenum. The fabrication of the temporary sinking headframe and centre tower was completed during the third quarter of 2015 and delivered to site.

The Flatreef mineral resource, with a strike length of 6.5 km, lies predominantly within a flat to gently dipping portion of the Platreef mineralised belt at relatively shallow depths of about 700 m to 1 100 m below the surface.

“The Flatreef deposit is characterised by its very large vertical thicknesses of high-grade mineralisation and a platinum-to-palladium ratio of about 1:1, which is significantly higher than other recent PGMs discoveries on the Bushveld’s northern limb,” states Ivanhoe.

The grade shells used to constrain minera- lisation in the Flatreef indicated-mineral- resource area have average true thicknesses of about 24 m at a cutoff grade of 2 g/t of platinum, palladium and gold (2PE+Au). The indicated mineral resource grade at an equivalent 2 g/t of platinum, palladium, rhodium and gold (3PE+Au) cutoff is 4.1 g/t 3PE+Au, 0.34% nickel and 0.17% copper. Flatreef’s indicated mineral resources of 214-million tonnes contain an estimated 28.5-million ounces of 3PE+Au, 1.6-billion pounds of nickel and 0.8-billion pounds of copper. Ivanhoe has declared an initial probable mineral reserve of 15.5-million ounces of 3PE+Au, using a declining net smelter return cutoff of $80/t to $100/t.

Ivanhoe also notes in the review that work has been completed on the internal electricity substation, which has a capacity of five-million voltamperes. Construction is under way on the power transmission lines from State-owned power utility Eskom, which will supply the electricity for the sinking of Shaft 1. Back- up generators have been installed to ensure continuous sinking operations, even if the power supply from Eskom is interrupted.

“Other on-site work includes the construction of the primary terraces for Shaft 1, stormwater drains and ponds, workshops and stores. A total of 511, or 74%, of the 693 permanent and contract workers presently employed by Ivanplats are from the local area,” says the company.

Meanwhile, the headgear design for the six-million-tonne-a-year permanent hoisting facility for Platreef’s Shaft 2 has been completed by mining services company Murray & Roberts Cementation.

Ivanhoe expects to start Shaft 2 early works in 2017, including civil work for the box cut and hitch foundation. Designs for the box cut have been completed and the contract for the early engineering works for the winding equipment has been awarded to South Africa-based global engineering company FLSmidth.

Shaft 2 will host the main personnel transport cage, materials and ore-handling systems, while shafts 1, 3 and 4 will be used for ventilation to the underground workings.

“Mining will be performed using highly productive, mechanised methods, including long-hole stoping, drift-and-bench and drift-and-fill mining methods. The mined-out areas within the orebody will be backfilled with a paste mixture that uses tailings from the process plant and cement. The ore will be hauled from the stopes to a series of ore passes that connect to a main haulage level, which will be connected to Shaft 2, where it will be hoisted to the surface for further processing,” outlines Ivanhoe.

Since 2007, Ivanhoe has focused its exploration activities on defining and advancing the down-dip extension of its original Platreef discovery, now known as the Flatreef deposit, which the company says is potentially is amenable to highly mechanised underground mining methods. The Flatreef area lies entirely on the Turfspruit and Macalacaskop properties.