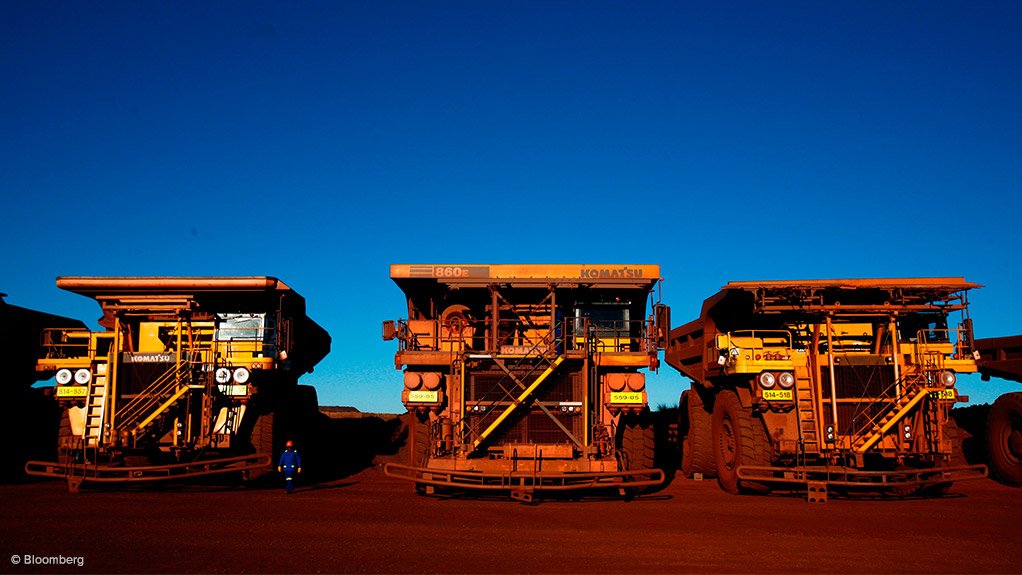 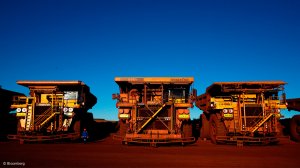 Technology-enabling machines that communicate with one another can significantly improve the efficiency of mines’ load-and-haul operations, says mining advisory and mine design and planning software business Cyest Analytics CEO Andreas Cambitsis.

A division of parent company Cyest Corporation, Cyest Analytics, in partnership with total communications provider Vodacom Business’s Machine-to-Machine (M2M) solution, is forging ahead with the development of a time-based reporting system (Cyest–Vodacom M2M system) that allows for time-critical operations at mines to be monitored to prevent unnecessary delays and loss in productivity, and ensure compliance with procedures.

Cambitsis says mining load-and-haul procedures were identified as a focus of the project, as these activities present the greatest opportunity for improvement in terms of time management. He notes that poor monitoring of these activities could result in costly delays for mining companies. “Our particular focus currently is on load-and-haul trucks, purely because we want to dominate that space before focusing on other areas of mining operations that present an increased amount of granular data. We already provide sophisticated simulations for the load-and- haul activity and need measurement tools to help clients execute on improvements proposed from these simulations.”

He adds that Cyest Analytics wants “to build as much intellectual property and intelligence into the load-and-haul solutions as possible . . . ”

The company has been working with Vodacom Business for the past ten months, consulting with several mining clients in South Africa, implementing systems and suggesting potential improvements highlighted by the simulations done. “Many of these companies currently do not have the systems to measure and monitor truck efficiencies,” says Cambitsis.

Two fleets are in the proof-of-concept phase, with a third fleet being fully integrated into the M2M system at a coal mine.

The fully operational system has not only resulted in significant improvements at the coal mine but also enabled it to achieve its load-and-haul targets using fewer trucks.

“This client is achieving savings of about 15% on its load-and-haul operating costs,” says Cambitsis, adding that the M2M system is showing further potential to increase production by up to 30% using the same fleet.

Meanwhile, he notes that, while other time-monitoring solutions are available, some of these originate from the original-equipment manufacturers (OEMs) of the vehicles, with the data generated usually being proprietary to that OEM and difficult to obtain and decipher.

Further, the OEM solutions are generally expensive and cumbersome, says Cambitsis, adding that “while these solutions do a good job at accumulating the data, they perform poorly when it comes to transferring the data to management to enable better decision-making”.

How It Works The Cyest–Vodacom Business M2M system employs Android devices installed in load-and- haul machinery, such as trucks and shovels, to monitor and transfer information from the vehicles through a wireless network. The data is then uploaded to a cloud server operated by Cyest Analytics.

“We try to minimise the fully automated footprint of the system at the mine,” says Cambitsis.

He explains that the beneficiation of data is done by algorithms, which run on the cloud server. These algorithms calculate aspects such as the time of the loading procedure, the queuing time of trucks waiting to be loaded or offloaded and the time vehicles spend in workshops.

He also notes that no operator intervention is required to generate this data, which is important as this is often what leads to poor data quality.

“Specific areas of the mine can be geofenced to enable the location of the vehicle at any time to be precisely determined,” he notes.

“M2M systems can work through a range of wireless networks and is not necessarily limited to Global System for Mobile Commu- nications (GSM) networks. For example, where there is a dead spot or complete non- availability in terms of a GSM network, various other wireless network options can be implemented, including short-range radio- frequency technology, zigbee networks, WiFi solutions and even satellite communications equipment.”

There are many options for moving the data from one point to another, which is determined by the return on investment for the client, Smallwood adds.

He further tells Mining Weekly that M2M has a definite role to play in the mining industry.

“From a Vodacom Business perspective, by working with partners, such as Cyest Analytics, we are a participant in the ecosystem of obtaining data to create value for the customer,” says Smallwood, adding that M2M is a ubiquitous technology with a key role in using data meaningfully to improve operational effectiveness and efficiency.