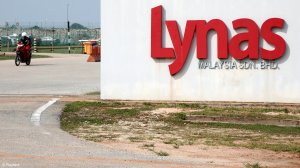 Malaysia in August 2019 extended a licence to Lynas' rare earths processing plant on the condition that it build a permanent facility to store its low-level radioactive waste within six months, sparking protests over environmental concerns.

Lynas, the largest rare earths producer outside China, last year announced plans to build a permanent waste treatment facility in the Pahang state, complying with the government's condition for the renewal of the licence.

The rare earths miner the High Court of Malaya at Kuala Lumpur ruled in its favor, adding that all reviews by government and scientific agencies had found Lynas Malaysia to be at "low risk and compliant with the relevant laws and regulations".

Earlier in the week, Lynas said it had identified a second potential site in Malaysia to build a low-level radioactive waste disposal facility.