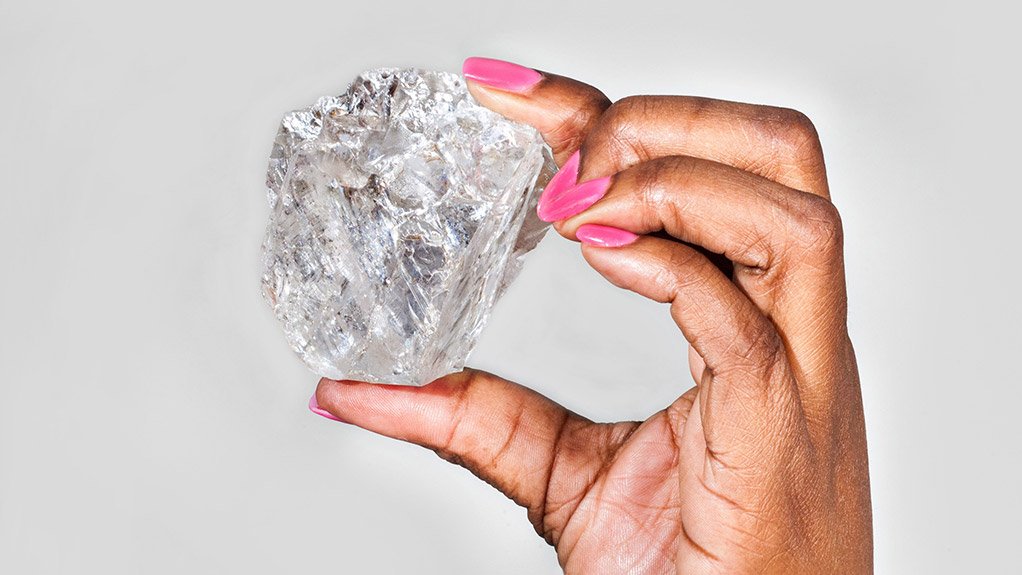 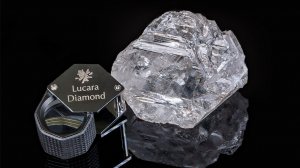 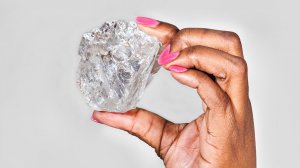 The Lesedi La Rona, the second-largest diamond ever recovered after the Cullinan diamond, had been expected to sell for $70-million but a bid of $61-million did not meet the undisclosed minimum reserve price.

The Type IIa precious gem, the largest recovered in more than a century, was discovered at Lucara’s flagship Karowe mine, in Botswana, in November last year. The diamond, which means “Our Light”, was the largest ever to be recovered through a modern processing facility and the newly installed Large Diamond Recovery X-ray transmission machines.

Lucara had “no need” and was “in no rush” to sell the diamond, CEO William Lamb told Mining Weekly Online on Thursday.

Despite considerable hype before – and a perceived negative market sentiment after the auction – Lamb stressed that Lucara maintained optionality on the stone.

One option would be to sell the diamond in a similar transaction to that of “The Constellation”, an 812.77 ct diamond, which sold for $63.11-million in May. The Type IIa diamond was also recovered at Karowe in November 2015.

Lucara had partnered with Nemesis International DMCC on the sale of “The Constellation” and would retain a 10% interest in the net profit received from the sale of the resultant polished diamonds.

Other options under consideration would be increased exposure to and the notoriety of the Lesedi La Rona to the market by placing it on display at various museums over the next two years.

Lucara was adamant that it wanted to sell the diamond in the rough, with Lamb reiterating that, “the stone is unique as it stands and I have always said it should remain unpolished”.

ROUGH VALUE
Before Lucara recovered Lesedi, a reputable diamond broker from Europe told the company that if it recovered a 1 000 ct stone, “the best thing we could do with it is pick it up, take it back into [the] pit and smash it with a hammer, because we would never ever sell it; no one would buy a 1 000 ct diamond”, Lucara COO Paul Day ironically revealed at the Botswana Resource Sector Conference in Gaborone two weeks ago.

Day consequently emphasised that Lucara’s “heart and soul had been put in proving the broker wrong”.

Although the diamond disappointingly did not fetch the expected auction price, Lamb emphasised the value of the diamond, underscoring that Lucara owned a diamond that was worth at least $68.3-milllion. This value included Sothebys’ 12% fee, which would have been added to the price tag of $61-million.

Had the diamond achieved the expected sales price, it would have been “a world record and a phenomenal price”, according to Lamb. Moreover, it would have eclipsed the sale of “The Constellation”.

Despite Lucara’s stock falling more than 14% on the TSX after the diamond went unsold, Lamb maintained that “Lucara has a strong balance sheet, no debt and good sales from regular goods and is in no financial position requiring the diamond to be sold”.

ROUGH PRICES
While 80% of Lucara’s revenue was derived from the sale of higher-value, single diamonds, the company still saw significant demand for large rough stones. “The demand for better-quality larger goods is still very high and we believe that this is because those diamonds will still achieve a margin, when compared to the smaller lower-quality goods,” Lamb said.

He noted, however, that the consumption and volume of diamonds available in the market would have to improve before sustainable rough diamond prices could be achieved.

The prices of rough diamonds, depending on quality, fell between 8% and 15% in 2015. This year saw fairly stable rough diamond prices, which have increased for certain diamond categories, Lamb said.