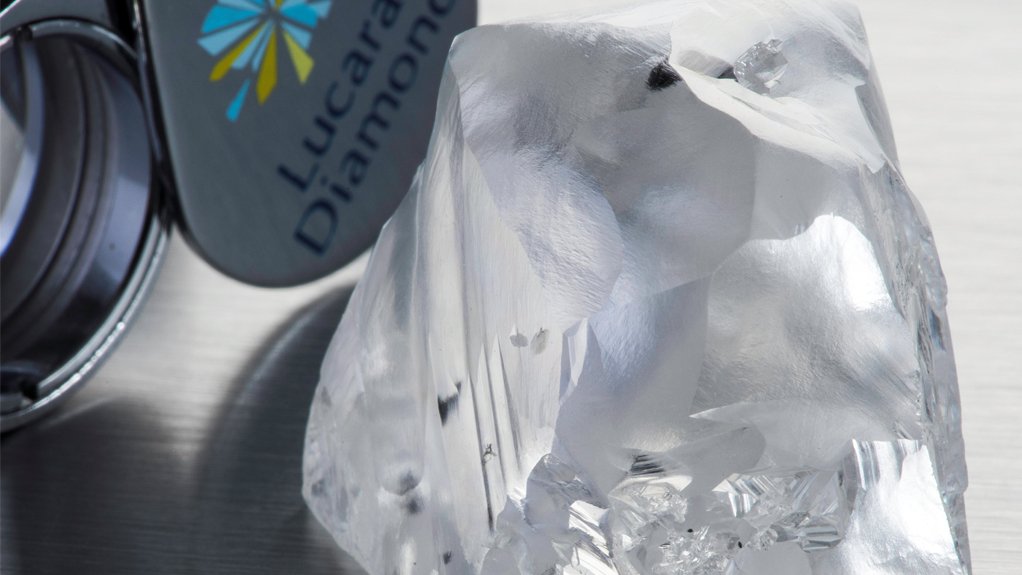 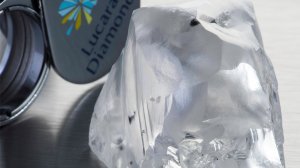 Excluding special items, the Vancouver-based miner reported adjusted earnings of $0.02 a share, down from $0.03 a share in the same period a year earlier, and on par with analyst expectations.

Net earnings rose to $6-million, up from $5.1-million a year earlier.

Revenues declined 10% to $29.6-million. While the company’s operating expenses a carat sold were 8.5% lower at $108, it was offset by a 9% slide in the average realised price a carat sold, resulting in the operating margin being 10% lower at $169.

Lucara currently owned two assets; its cornerstone Karowe mine, in Botswana, and the Mothae diamond project, in Lesotho.

Karowe performed largely as planned despite producing 7% less diamonds at 90 077 ct. This was mainly as a result of liberation issues when processing the harder fragmental kimberlite from the deposit’s southern lobe, reducing the recovered grade.

The company stressed that this would be mitigated as part of the $55-million plant optimisation programme, with the commissioning of the tertiary crusher in the current quarter expected to lift fine diamond liberation.

During the quarter, the company recovered its largest gem-quality diamond at 342 ct, which would be offered for sale at the company's first exceptional stone tender. Karowe had also recovered 153 special diamonds of 10.8 ct and more, with an average size of 27.7 ct.

Lucara expected to sell between 400 000 ct and 420 000 ct of diamonds originating from Karowe this year.

The company was currently in the process of disposing of Mothae. Lucara announced last week that Aim-listed precious gem explorer Paragon Diamonds would buy its Mothae diamond project for $8.5-million in cash and 5% of profits earned from the sale of the polished stones and/or rough diamonds not selected for polishing from the first 6.75-million tonnes of ore processed at Mothae by Paragon.

The completion of the memorandum of understanding was subject to the approval of the Lesotho government.