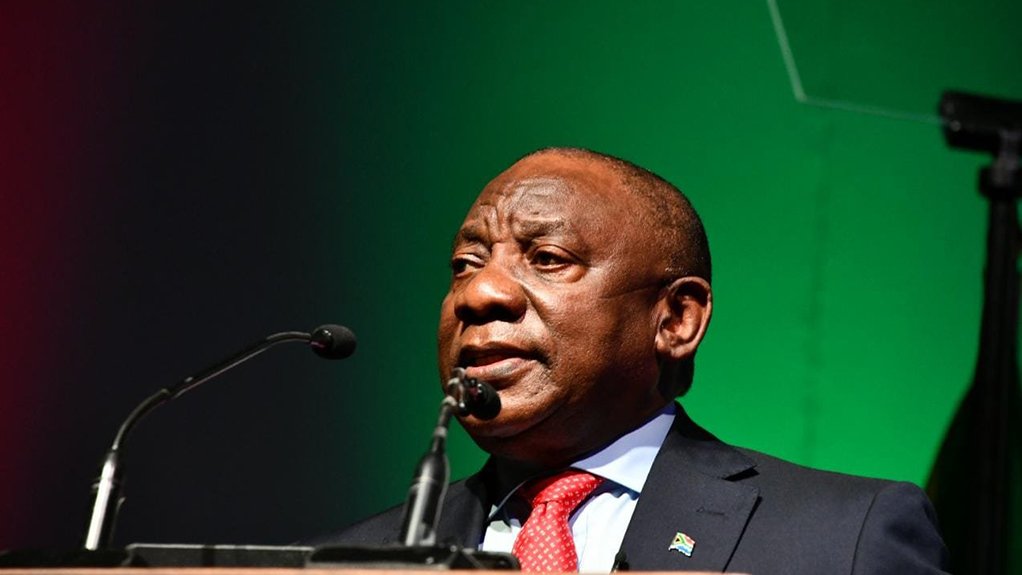 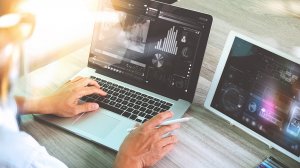 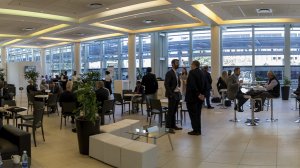 Photo by Adobe
INDABA AT HOME This year’s Mining Indaba conference will be an entirely virtual experience, enabling attendees to join in from around the globe
CYRIL RAMAPHOSA The South African President will one of the keynote speakers at the virtual event
Photo by Creamer Media
A THING OF THE PAST In-person networking will not be facilitated this year, but virtual networking will be possible

This year’s two-day Investing in African Mining Indaba virtual conference is expected to host about half of the usual attendance figures at the seven-day event, held in Cape Town, in years prior.

A spokesperson for event organiser Hyve tells Mining Weekly that about 3 000 delegates are expected to register for the virtual event, which will feature seven sessions on February 2 and 3, including three presidential keynotes by Democratic Republic of Congo President Félix Tshisekedi, Sierra Leone President Julius Maada Bio and South African President Cyril Ramaphosa. Attendance figures last year surpassed 6 500 delegates, while those of 2019 surpassed more than 6 000.

The virtual conference – a Covid-19 necessity – will be free to attend. The drop-in attendance figures and free access will no doubt have an effect on Hyve’s bottom line, but the company remains confident that the negative impact will be minimal.

“While online events do not deliver on the same scale as live events, the Mining Indaba is in a very strong position. We will not only remain competitive but also continue to lead the way with event delivery and providing exceptional return on investment for the mining community.”

Hyve claims that the ability to deliver value is stronger than ever, making the Mining Indaba a more valuable platform for bringing the mining community together to create a difference in how the mining sector transitions through this “extremely difficult” period.

While the attendance figures might be lower than before, the reach extends much further. However, while the event is not constrained geographically, this year’s virtual event is somewhat constrained by time zones, as delegates will tune in from around the globe.

With this in mind, Hyve says it has positioned the event to cater primarily for African and European time zones, although delegates in North America, South America, Asia and Australasia will still be able to join at “reasonable times”.

Despite the unprecedented wholly virtual format for this year’s Mining Indaba, Hyve says the feedback it has received has been “extremely positive” in terms of participation numbers and quality.

Moreover, with expensive and time-consuming travel not required, delegates will be able to access the session from anywhere, and with far greater ease. Hyve hopes that this will translate to a highly qualified audience participating in numbers that are significant for a virtual event.

The Mining Indaba is generally considered to be one of the world’s largest yearly mining investment events. This year will be the first time in its history that the event will not be hosted physically.

Previously, the event has been held consecutively for 28 years, boasting a global audience reach, from Australia and South Asia to Europe and North America. The event also typically attracts the largest gathering of African Ministers.

“On this basis, our audiences have significant brand loyalty because they know they will get a premium event experience. This includes engaging content, thought leadership, worthwhile networking and meeting opportunities and, for many mining operators and juniors, the unique opportunity to meet with a high number of the most high-profile investors in one place,” the company claims.

The event organiser admits that, since so many events have gone virtual over the past year, delegates might suffer from “webinar fatigue”.

“This is why, early on in the pandemic, we took the strategic decision to stick to premium- quality, low-frequency digital content. We didn’t want to deluge our audience with weekly webinars knowing that they could soon grow weary of the vast array of different online content opportunities they are being asked to join in on.”

With this in mind, Hyve decided to rather preserve the exclusive essence of the Mining Indaba. As such, the company assures that the virtual event will not be “just another webinar”, but will rather embody high production values to support the premium level of industry speakers and government leaders who have supported the event throughout its history.

The virtual conference sessions will be professionally produced and streamed through Hyve’s bespoke digital platform. Delegates will access each session through a personalised link and will, thereby, view streaming high-quality video of the keynote speeches and panel sessions.

Once on the platform, delegates will interact by posing questions to one another and to the moderator in a group chat box. They will also be able to download presentations and documents shared directly with attendees for later review.

“By sponsoring the event, companies will have the opportunity to boost their brand awareness, align themselves with content reflecting their core values and promote specific products and services, thereby positioning themselves as thought leaders in their chosen areas of expertise,” Hyve explains.

In addition to the virtual conference in February, the Mining Indaba will feature a virtual investment programme on March 30 and 31. Unlike the virtual conference, this will bear an attendance fee. The investment programme is free to attend for investors and analysts, while mining company rates are competitively priced. There are also a limited number of delegate passes available for bankers and brokers.

“Our knowledgeable and well-connected investor relations team will work closely with sponsors and delegates to ensure that they’re connected with our substantial network of qualified investors, and are presented with a wide range of investment opportunities,” Hyve assures.

The service ensures that miners and investors do not miss the opportunity to raise capital, pitch their companies and originate deals through the Mining Indaba, which remains a networking hub for connecting the African mining community.

“We’ve invested a considerable amount in the development of a proprietary online meeting platform with Web-conferencing capability. This is where delegates will participate in face-to-face meetings from the comfort of their choosing,” Hyve explains.

The platform also incorporates a finely tuned filtering system that enables delegates to hone in on specific opportunities based on their personal interests and objectives.

“This is in addition to our investor relations team, who have detailed knowledge of the companies and their assets as well as each investor’s profile, to make sure that deal origination and corporate access activity is maximised for each delegate to ensure the best possible return of time,” the Hyve spokesperson says.

The experienced investor relations team will work closely with all stakeholders to bring together regular Mining Indaba Investment Programme clients, as well as to connect new investors and mining corporations not yet taking part in any other matchmaking platform.

Speakers will remain esteemed despite event being virtual

The Investing in African Mining Indaba conference typically attracts speakers of renown. Although this year’s event is virtual only, the high standard of speakers remains assured.

Event organisers Hyve said in a statement issued in December that it would continue to work closely with the South African Department of Mineral Resources and Energy and its Minister Gwede Mantashe, “who has been highly supportive of the Mining Indaba over the years”.

Mantashe will also feature as a keynote speaker for the Mining Indaba’s sister-event, Africa Oil Week in November.

“We’re delighted, once again, to host Anglo American Group CEO Mark Cutifani as a premium speaker, as well as the most senior representatives from organisations such as Standard Chartered Bank, Resolute Mining, Siemens and a broad range of executive voices from the African and global mining sector,” Hyve says.

“Our conference programme has attracted the same kind of high-level executives, government officials, industry leaders and innovators as speakers on highly engaging topics as it did before,” Hyve concludes.