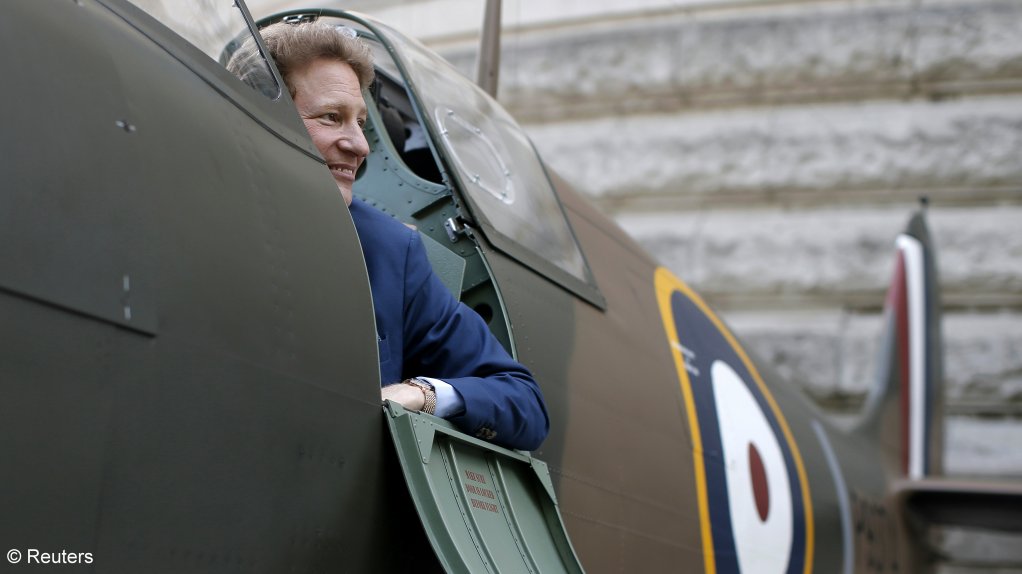 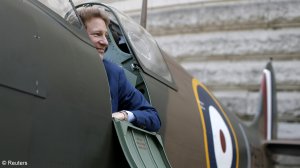 Thomas Kaplan sits in a Mk 1 Spitfire on display in London.

The frontier spirit that sent gold investors into riskier hunting grounds is a bygone era and investors are “coming back home”, to jurisdictions where the rule of law is not a novelty, says US businessman Thomas Kaplan.

Kaplan is chairperson of NYSE American- and TSX-listed Novagold, which owns the multimillion-ounce Donlin Gold project, in Alaska, in an equal joint venture (JV) with Barrick Gold.

“Our belief is that the era of ‘go-where-the-gold-is’ mentality, that took me to South America, Africa and Asia is over,” said the seasoned gold investor, who had sought out rewarding opportunities all over the world, making his first fortune in Bolivia and his second in Zimbabwe and South Africa.

“I know what is going on in the developing world from an investor standpoint. I made my bones there,” Kaplan said in a conference call on Thursday, but stated that times had changed.

“The key is not just being able to acquire category-killer assets that give the greatest leverage to the underlying investment thesis – which was my mantra for 15-plus years – but in jurisdictions that will allow one to keep the fruits of that leverage.”

He described the recent developments in Papua New Guinea, where the government refused the Barrick and Zijin Mining JV a new lease for the Porgera mine as a “bad omen” for the mining industry.

“When you have the guts to nationalise Chinese assets, you really know that it is an inexorable trend.”

Some countries, like Zambia, are also designating gold as a national strategic resource that has to be exchanged for local currency.

Location, he said, had become the existential investment criterion for gold mining at a time when some countries are leaning towards nationalisation – both stealth and brazen.

“. . . the place where investors will be channelled, like salmon moving upstream, is in the great assets that are located in safe places,” said Kaplan.

“If it is not in a place where I can go gambling, or take my kids, like Las Vegas, or go swimming in the Great Barrier Reef, in Australia, or go whale watching or salmon fishing, in Alaska, I don’t think I want to make a career risk.”

He said that Donlin was located in one of the best jurisdictions.

Novagold CEO Greg Lang added that, if Donlin was built today, it would be one of the world’s largest gold mines, producing an average of 1.1-million ounces a year over its 30-year mine life.

“There are few mines in the world, existing or proposed, that have that level of production.”

In fact, only three mines produced one-million ounces a year in 2019, said Lang. Of those, only one – Nevada Gold Mines – was in a safe jurisdiction. The others were in Russia and Uzbekistan, which the Fraser Institute did not rank.

Donlin has “extraordinary size and quality”, said Kaplan. The size of the resource at Donlin – at about 39-million ounces of gold in measured and indicated mineral resources – defines its rarity.

“Very few gold assets began production with a mine life measured in decades and, despite billions spent globally on gold exploration over the past decade, there have been very few discoveries of any consequence and Novagold believes none are anywhere comparable to Donlin.”

With an average measured and indicated resource grade of 2.24 g/t, the Donlin project has more than twice the industry average grade of 1.05 g/t.

Kaplan said that, if you consider the existential factor of where deposits were located, there were not that many assets to choose from. “We are going to be one of those go-to stocks. Whether you buy us at 8, or 9 or 18 or 19, 28 or 29, I believe that you are going to own us.”

Novagold closed at $8.59 a share on Thursday, giving the company a market capitalisation of $2.82-billion.

The company’s stock traded at about $12 a share in May, before a report by short-seller J Capital Research (JCAP) expressed doubt over the Donlin project. JCAP argues that the deposit is “so remote and technically challenging that the mine will never be built”.

At the time, Novagold and Kaplan issued lengthy responses to the JCAP report and said that that the company was assessing legal options available to it.