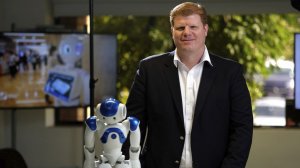 Climate change is probably the greatest challenge humanity has ever faced but daily innovation indicates that the world is on the path to a sustainable energy transition, with the biggest contributors to climate change representing the greatest potential to innovate and disrupt, says leading global professional services company Accenture Resources in Africa MD Cameron Tandy.

The twenty-sixth United Nations Climate Change Conference of the Parties being hosted in the UK in November aims to secure global net zero emissions and ensure that the global average temperature increase is less than 2 °C above pre-industrial levels by 2050. Subsequently, countries will need to quicken the coal phase-out, limit deforestation, accelerate the adoption of electric vehicles (EVs) and encourage investment in renewable energy projects.

However, to ensure emissions-intensive industries, in particular, accelerate and lead an orderly decarbonisation transition to 2050 and beyond, several factors will need to coalesce, states Tandy.

A 22-year veteran of Accenture in South Africa, Tandy is responsible for the company’s natural resources industry portfolio, which includes energy-intensive clients in the utilities space, the energy and chemicals sectors and the mining industry, which is a significant contributor to South Africa’s gross domestic product.

When navigating their decarbonisation transition, companies firstly need to look at “the actions of today”.

This involves ‘cleaning the core’ of industry and operations, accelerating the transition by embracing new technologies and cleaner sources of energy, and expanding frontiers by exploring technologies and industrial processes that are not yet scalable or economical, advances Tandy.

Global mining company Anglo American is a good example of cleaning the core operations of a business, he notes.

The mining major is investing in renewable hydrogen production technology at its Mogalakwena platinum group metals mine, in Limpopo, and in the development of hydrogen-powered fuel cell mine haul trucks, which will be the largest in the world to run on hydrogen.

The company has also adopted handheld X-ray fluorescence technology, as well as regular underground sampling of the mineralised horizon, enabling optimal extraction at the Main Sulphide Zone of its Unki mine on the Great Dyke, in Zimbabwe, according to its 2020 Ore Reserves and Mineral Resources Report.

“X-ray technology is certainly not new, but this is a fantastic novel use of the technology, which reduces the amount of energy needed to extract the rock and crush and process it downstream,” states Tandy.

Companies also need to define the nature of their business going forward and the role they will play in a greener economy.

Notably, the accelerated use of the fuels of tomorrow, owing to the adoption of technologies such as EVs and the rapidly developing hydrogen economy, has sparked a partnership between integrated chemicals and energy company Sasol, a producer of hydrogen, and hydrogen fuel cell vehicle supplier Toyota, highlights Tandy.

The pair have joined forces to research the development of a green hydrogen mobility ecosystem in South Africa and intend to develop a mobility corridor and expand the demonstration to a pilot project using one of the country’s main freight corridors, such as the N3 route between Durban and Johannesburg, for hydrogen powered heavy-duty long-haul trucks.

While there are companies that have set emissions-related targets to secure their right to operate during and after the transition to a low-carbon/net-zero energy system, Tandy highlights that South Africa is lagging in its efforts to reach the ambitions of the Paris Agreement.

He speculates that the country could, however, achieve 80% of its targets, according to research undertaken by Accenture globally, which is applicable to South Africa.

“We see tremendous progress with encouraging developments, including the Renewable Energy Independent Power Producer Procurement Programme (REIPPPP) having connected 6.5 GW of renewable power to the national grid. There is a trajectory to increase this capacity and we see a 20% reduction in greenhouse gases as a result over ten years. Although we are probably not going to realise net zero emissions by 2050, we are definitely on the path to do so.”

To ensure an effective transition to a low carbon economy, Tandy says South Africa needs to start with State-owned power utility Eskom, whose fleet of coal-fired power stations is a significant contributor to the country’s greenhouse-gas emissions.

This requires improved support of the REIPPPP and bringing associated projects online, as well as backing expressions of interest regarding the repurposing of the utility’s aging power plants.

“The atlas measures wind power across South Africa and indicates where best to develop wind farms locally. It is incredibly detailed science, which looks at the seasonality of wind patterns and the hourly patterns of wind across the country,” explains Tandy.

The Southern and Western Cape represent favourable wind patterns capable of supporting South Africa’s highest demand for power in winter and  between 17.00 and 21.00, while the Northern Cape is ideal for the development of the country’s solar farms, offering the most consistent sunshine year-round, he says.

The development of renewable energy projects in these provinces and the decommissioning of the country’s existing carbon-intensive power stations will see South Africa’s power bank shift from Mpumalanga, where the majority of the coal-fired fleet is located.

“The next decade is going to see a transition in the South African landscape from a renewable energy position and the likes of Eskom and Sasol are leading this transition,” says Tandy.

However, there are four key variables in play that will determine the rate and success of South Africa’s decarbonisation transition.

The first variable involves the pace of building new infrastructure, such as the replacement of hydrocarbon fuels infrastructure with EV infrastructure and the flexibility needed by the energy grid to accommodate renewable energy sources to enable dispatchability and reliability.

“When you bring in renewable power it brings about the challenge of variability, as power is only available when the sun is shining or the wind is blowing and storage solutions are needed to ensure predictable baseload energy,” states Tandy.

Accenture is keeping tabs on about 300 new technologies and industrial processes that will power the transition to a low carbon economy and hasten the adoption of the energy sources of tomorrow.

New markets and regulations present the third variable, with Tandy emphasising that the hydrogen economy, for example, is expected to yield a $2.5-trillion global market by 2050.

In terms of regulatory change, he highlights President Cyril Ramaphosa’s June announcement on 100 MW embedded generation projects being exempt from having to apply for licences from the National Energy Regulator of South Africa.

“This will not only enable companies to build their own energy facilities to cater to their own needs but also enable them to wheel excess power into the grid, allowing for proceeds from regulations to be channelled back into industry to further innovation.”

Finally, he highlights the impact of new behaviours and new customers.

“Accenture’s recent study called 'Energy Decarbonisation: From A to Zero’ indicates that 25% of the carbon reduction target is going to come from the relationship between energy companies and the end consumer, while the 2020 South Africa EV Car Buyer Survey states that 68% of South Africans surveyed are interested in buying EVs in future. That’s an extremely high number, indicating that the EV industry is taking shape.”

Role of Oil and Gas

The production, transport, processing and consumption of oil and gas products account for 60% of all global greenhouse-gas emissions, with 15% directly attributable to the oil and gas industry.

Hence, oil and gas companies have a pivotal role to play in the decarbonisation transition and Accenture sees three archetypes arising.

The first deals with becoming a decarbonisation specialist, states Tandy, explaining that this concept includes strengthening commitment to running the most efficient asset base that will power baseload hydrocarbons for the next 30 years or more potentially.

The second archetype is ‘the energy major’, which will continue to fulfil an historical role while also investing in peripheral technologies.

The final archetype is the clean energy specialist, which will double down on a particular renewable energy technology and become an expert in that field.

While navigating the new energy route, the challenge for companies will be to simultaneously focus on “a little bit of everything” and invest in each new energy technology, explains Tandy.

“Interestingly, all past transitions have been around the gravitation towards a singular source of power that is easily transportable and has a high energy density, as well as produced at a low cost.”

Ammonia will potentially take the lead in aviation, hydrogen will be at the forefront of heavy road transportation, while battery technology will be the dominant source of energy for light vehicles.

While some sources present lower energy density and, in some industries, higher initial start-up costs, this is in contrast to the dramatic changes seen over the last ten years in the price of photovoltaic (PV) power, with Eskom CEO Andre de Ruyter stating that PV is by far the cheapest source of power, including oil and gas, that exists in the world today, concludes Tandy.