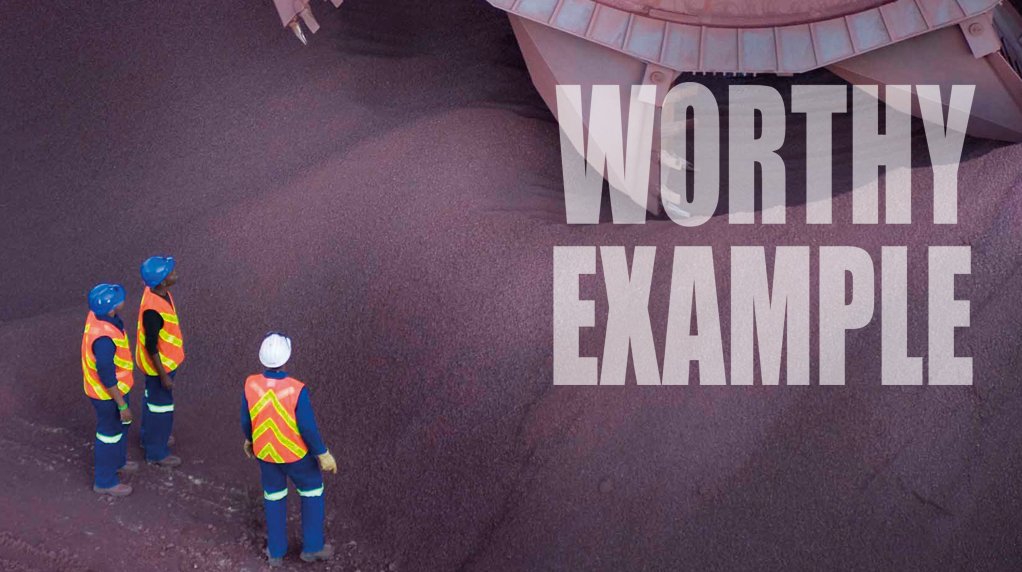 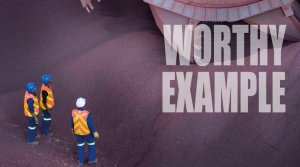 Mining company Kumba Iron Ore’s 6 209 worker shareholders, who became pretax half-millionnaires in 2011, when the company paid out R2.7-billion during the first phase of the ten-year Envision employee share ownership plan (Esop), can look forward to an interim dividend payout in March, while awaiting the second maturation point payout, which is due in November 2016.

Worker shareholders at Kumba, 70%-held by mining major Anglo American, each received R576 045 for their holding of 3 365 units in Kumba’s Envision Esop, which equated to an after-tax payout of R345 627.
In addition to the initial payout, which came on the back of good production and share prices in 2011, the worker shareholders have received interim payout dividends exceeding R100 000.

Established in 2006 as part of Kumba’s broad-based black economic-empowerment (BBBEE) initiative, Envision was designed to promote economic empowerment among historically disadvantaged permanent employees below managerial level through an increase in broad and effective participation in the equity of the Sishen Iron Ore Company (SIOC) by workers, who contribute daily to meet production targets, explains Kumba capital projects manager Zelda Nel, who helped bring the Envision Esop to fruition and was the project leader during its implementation.

Envision is only one part of Kumba’s three-part empowerment programme, with the second being the SIOC Development Trust, which targets community growth and poverty alleviation through investment in and support of local projects for health, education and enterprise development.

The trust’s work also ties in with Kumba’s own statutory social and labour plans and the company’s partnership with the JSE-listed black-controlled Exxaro, which is also working to deliver real empowerment, particularly in skills development and equity participation.

The success of the Envision Esop depends on the share price at the time of the maturation point and successful company performance, as well as several external influencing factors, says Kumba corporate communication manager Gert Schoeman.

“I can confidently state that Kumba is doing well and that the company will continue to do well in the future. If dividends continue to flow and the share price continues to rise, the share- holding employees stand to benefit at the next maturation point,” he says.

National Union of Mineworkers (NUM) spokesperson Livhuwani Mammburu says the union is pleased with the way in which the Envision Esop has benefited its members and would like the Esop to be an example for other mining companies to follow.

“The Esop payout at Kumba made a difference in the lives of the workers and we are, therefore, placing pressure on all mining companies in South Africa to follow the same route and share their wealth with their employees.”

Mammburu stresses the need for mining companies to take Esops seriously as a way of empowering mineworkers by giving them a stake in the company, as Esops are a way of ensuring that mineworkers feel that they are part of the company.

Meanwhile, trade union Solidarity, which previously described Envision as “the most successful Esop in South Africa’s history”, continues to regard the Esop at Kumba in a positive light, says Solidarity spokesperson Gideon du Plessis.

“It is currently on the same growth trajectory as it was three years ago and we expect that employee shareholders will receive another substantial payout in 2016. We are also pleased with the yearly dividend payouts.”

Solidarity commends Kumba and the Envision trustees for the effective management of the Esop and for valuing and adhering to Solidarity and NUM’s input.

Du Plessis believes that the Esop at Kumba has set a benchmark for the rest of the mining industry.
Making It Work

With the implementation of the Envision Esop, Kumba wanted to broaden the base of the black economic-empowerment (BEE) model which, in 2006, made a relatively small amount of people extremely wealthy, but did not do much for the rest of the population, says University of Pretoria honorary professor Dr Con Fauconnier.

“While planning the development of the Esop, we felt that there were other ways in which we could broaden the base of benefits flowing to a greater number of people,” he notes, adding that through the implementation of a worker shareholder scheme, Kumba would be able to benefit the company’s own employees and the people whose livelihoods were affected by the mining operations in the area, such as the community.

Fauconnier says the implementation of Envision meant that Kumba was treading into the unknown, as the Esop was established on the premise that Kumba would succeed.

“Based on the fundamental business running well, we thought the chances were good that the company would prosper – and it did just that.

“While one hoped for fairly modest gains, in the least, Kumba’s management had no idea that the Esop was going to do as well as it did in the initial phase, and the dividends paid out to workers exceeded Kumba’s wildest expectations at the time,” recalls Fauconnier.

Despite not knowing how the after-effects of the recession and the state of the economy will impact on the payout at the next maturation point, the Kumba worker shareholders are still motivated in having shared in the previous benefits of the Esop.

Fauconnier favours any scheme with a substantially broad base of empowerment, as he is still concerned with the level of benefit that flows down to workers and the community in the current model of BEE in South Africa.

THE PROS AND CONS OF EMPLOYEE OWNERSHIP

The implementation of an Esop also helps to better align employee and shareholder interests, recruit employees and reduce staff turnover, reduce downtime and improve the overall relationship with employees, as Esops have a positive effect on employee motivation.

Esops enable historically disadvantaged employees to effectively invest in the company with little to no input cost. They also provide a means for existing shareholders to dispose of shares.

Meanwhile, Smit says, despite the many benefits of Esops, the main challenge in implementing an Esop is managing labour expectations – at inception and throughout the life of the scheme.

“Communication and education are vital in achieving this, as employees often have high expectations from the start and a sense of entitle- ment, which poses a threat to the success of an Esop,” he warns.

Further, a challenge of implementing an Esop can be that its success relies largely on business performance, which is not always fully under the control of management. “When a company performs poorly and there is low related value creation, the benefit to employees will, subsequently, be less than what they had expected it to be,” explains Smit. This outcome may, in turn, negatively impact on the business’s relationship with labour, which may also dent employee morale and retention.

With Esops creating additional potential benefits for employees, Smit believes that stronger relationships can be forged between mining companies and employees, and this should decrease the existing conflict.
However, he notes that this strengthening of ties is only one step in a longer journey, which should be more focused on resolving the demands for higher wages and benefits in an environment where mining companies appear to already be under significant cost pressure.

“A shared commitment to and understanding of key business disciplines will ultimately determine the success of the business, which will, in turn, impact the economic outcomes of the scheme,” Smit reiterates.
To further improve the likelihood of Esop success, Smit suggests managing employee expectations, involving unions in the design of the scheme and obtaining management’s full commitment to the scheme.

THE FUTURE OF BROAD-BASED EMPOWERMENT

Smit believes there will most likely be a shift away from schemes with a defined one-off payment. The next wave of schemes will rather focus on providing benefits over a longer, more sustainable period, which will facilitate a sustained improvement in the lives of workers.

“Perhaps evergreen schemes, with lower payouts for a longer period, will be the way forward,” he says.
Further, Smit notes that there has been a move towards establishing other types of broad- based initiatives, such as community trusts, charitable foundations, enterprise development trusts and educational trusts.

Fauconnier agrees with this, adding that a scheme from which more people can benefit needs to be developed. Workers should, at least, benefit to the point where they can fend for themselves and their families.

“While the implementation of an Esop is a small step in the right direction, going forward, we need a mindset change regarding the imple- mentation of the current system so that the benefits flow to all the people who never really fully benefited from the mining industry in South Africa,” he suggests.