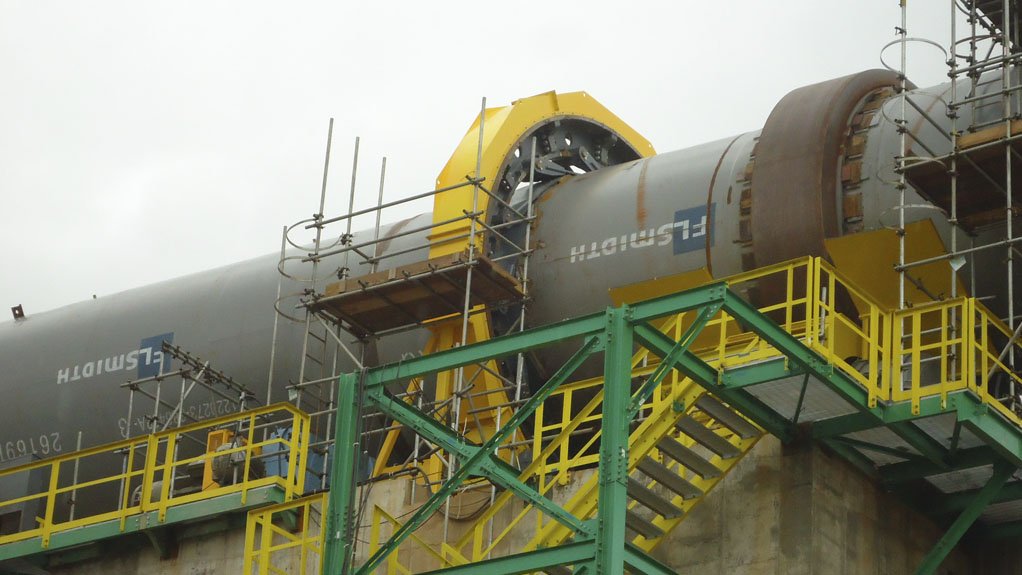 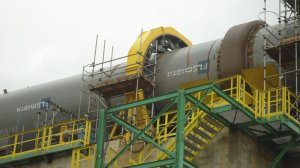 REJUVENATED Maracas replaced the kiln refractory during a 20-day shutdown

new kiln refractory is expected to help boost production at vanadium- focused junior miner Largo Resources’ Maracas Menchen mine, in the north east of Brazil, which is the fourth-largest producer of the commodity after South Africa.

The miner completed a 20-day shutdown at Maracas to replace the kiln refractory last month. At the time, Largo CEO Mark Smith stated that the company was “extremely” pleased with the performance of its team during the replacement project. He noted that the replacement was completed on time and within budget and that production had since returned to normal levels of between 780 t/m and 820 t/m.

Smith added that, in addition to completing this large project, Largo was also able to implement numerous other improvements during the shutdown involving the leaching and kiln sections of the plant. “As a result, we are anticipating even better production results moving forward.” The company expects overall recoveries to increase to 840 t/m starting as early as May, which is 5% greater than the original nameplate capacity.

He commented that the expected production boost, coupled with the price of vanadium pentoxide climbing by about 10% since the start of 2017, will result in a significant improvement in the miner’s cash flow at the operational level.

As stated in its 2016 financial and operating results, Largo’s 2017 focus is on stabilising production and implementing improvement projects at the Maracas processing facilities to support higher recoveries and lower consumption of consumables at its chemical plants.

Further, Largo aims to improve the level of consumption of sodium carbonate and ammonium sulphate, by improving control of the dosage system. The miner predicts that its efforts in improving overall recovery levels will enable it to achieve monthly production of 840 t of vanadium pentoxide in the second quarter, noting

that it was on track to meet this target. The mine’s production was not affected by the kiln shutdown, as it was able to stockpile sufficient intermediate feedstock to ensure that production continued during this period.

Smith said, during the shutdown, Largo was able to incorporate new improvements in the leaching and kiln sections of the plant to further increase recoveries. “Improvements were also completed in the fusion area, which should increase production capacity.”

The Maracas mine is the highest-grade vanadium mine in the world and achieved record production twice in 2016 (801 t in June and 828 t in December), according to natural sciences research agency US Geological Survey (USGS).

The bulk of its processing equipment was imported from South Africa, including the deamoniator and the sodium sulphate crystalliser. Further, the mine’s engineering, procurement and construction management team included South African experts, with the vanadium specific portions of the prefeasibility and feasibility studies completed by South African mining consultants Mintek and DRA Taggart.

Largo, which is a Canadian company, stated that it relied on South African equipment and experts because South Africa had, until the mid-2000s, been the largest vanadium producer worldwide.

The USGS noted that South Africa has since dropped in ranking to the third-largest producer, having been overtaken by China in 2012, and Russia in 2015. Brazil is currently in fourth position, largely thanks to the Maracas mine. South Africa was the only one of the four leading vanadium producers that experienced lower production last year, with yearly production down to 12-million tons from 14-million tons in 2015.

In 2013, Largo released a statement commenting that South Africa’s “social and political instability” had driven production rates down and caused an increase in operating costs. It added that, the vanadium market is projected to grow at 6.5% a year and, “if companies continue to diversify their assets away from South Africa, the Maracas project will likewise continue to represent an alternative for a stable, long-term source of supply”.

Given that political instability in South Africa has only increased since, combined with the US’s increasingly tense interactions with North Korea (which shares a border with China) and the US’s outright hostility with the Syrian government (backed by Russia), it is possible that Brazil and the Maracas mine could become even more attractive in the near future.