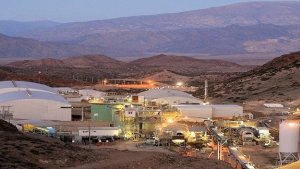 PERTH (miningweekly.com) – Gold miner Troy Resources’ share price took a tumble on Monday as the company announced that production from its Smarts underground mine at its Karouni gold project, in Guyana, would be delayed.

Furthermore, the miner told shareholders that ore sources at both its Hicks 4 openpit and the Spearpoint openpit operation would be exhausted by mid-June or early July this year.

Troy said on Monday that the remaining volumes in both of the opencut ore pits were somewhat lower than previously estimated, with a recent internal review of the calculation of model versus actual grade control to date having identified a relatively modest unfavorable discrepancy.

In addition, Troy told shareholders that previous estimates around the timing of completion of the reserve calculations, the economic assessment and the start of production at the Smarts underground mine would not be achieved.

“A number of factors have contributed to the delays, including the additional drilling requested by both the resource calculation and geotechnical consultants, and the lack of timely availability of contractors and service providers as a result of the Covid pandemic,” the miner said in a statement.

“At this time, the various work streams required to announce the results of the prefeasibility study (PFS) and declare an initial ore reserve are all but complete. Capital costs have been determined as well as delivery schedules, while operating cost estimates are currently being finalised,” the company said, noting that the current preferred mine plan involved bulk mining of the deposit to maximise gold production.

A two-stage development approach is currently preferred to minimise capital expenditure requirements. This will see initial development of a relatively short drive of approximately 800 m to the first ore zone of approximately 30 000 oz, revenue from the sale of which will be used to fund further development, Troy said.

The company is hoping to formally announce the PFS and ore reserve for the Smarts Underground shortly.

Meanwhile, permitting of the underground mine has been under way for some time. One key challenge for Troy is that there has never previously been an underground mine developed in Guyana and as such, the Mines Department (GGMC) has no experience in this area, the miner said.

“However, the government is highly supportive of Troy’s plans, having already issued to the company a permit to commence infrastructure works.

Troy is working closely with GGMC and other government departments to assist in the formulation of a set of Mining Regulations for underground mining operations in Guyana.”

With ore from Hicks 4 and Spearpoint due to be exhausted by mid-year, with the timing of first ore from Smarts Underground not likely until later in calendar 2021 at the earliest, and with only a month’s additional contribution expected from the Goldstar deposit, some 13 km from the Karouni plant, there will for a period be no mill feed available for the Karouni mill from Troy-owned operations, the miner told shareholders.

Troy said that it was exploring the availability of third-party ore for toll treating or other opportunities; however, the miner said that there was nothing further that could be reported at this stage.

“Troy anticipates that ore processing activities will cease at Karouni in August or September 2021. At that time, the Karouni mill will be put on care and maintenance.

“Whilst the plant has been operating well over the last four months or so, it is normal in the life cycle of a plant for extended shutdowns to occur. Troy will use this opportunity to rejuvenate worn equipment as well as implement various modifications, which will be beneficial once processing recommences.

“The mill’s power supply will also benefit significantly from repair and maintenance work, with most of the parts required already available on site,” the miner said.