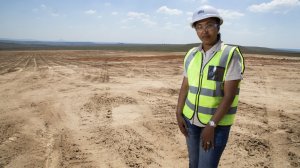 NIKETIWE DLAMINI As a main contributor to our GDP and as an extractive industry, mining has environmental and community impacts, hence the importance of environmental impact assessments

Local coal miner Kangra Coal is planning an extension to its Savmore/Maquasa coal mining operation, in Mpumalanga, with Kangra Coal environmental specialist Niketiwe Dlamini noting that the company is awaiting the approval and issuing of the necessary environmental licences.

The miner is required to complete environmental-impact assessments (EIAs), and apply for environmental permits, such as water-use licences (WULs), before starting with construction.

“Our Savmore/Maquasa operation has been in operation since 1957. The life-of-mine at the current operation is approaching its end, so there are a number of greenfield projects that we have applied for as a natural extension to the existing operations,” Dlamini explains.

Currently, the operation includes a decline shaft, an adit and the openpit portion.

Dlamini elaborates that the company has successfully applied for mining rights and environmental authorisations for the underground sections and one adit but is waiting for approval of the WULs for these sections.

The WULs are expected next month, while the environmental authorisations and water licences for the ‘mini-opencasts’ and other adits are expected by the end of the year.

She explains that this was done “to start mining as soon as possible because most of our sections at the existing operation are running out of ore, so we need to move quickly while waiting for authorisation on the other sections”.

Dlamini also emphasises the labour aspect: “We have to move quickly because we are trying to avoid a situation where we have to retrench workers or they have to stay at home for months while we establish sites. We cannot start construction without the necessary environmental approvals, though.”

She also stresses that the company is in constant engagement with three communities around Kangra’s mining operations, particularly through community forums, to update the community on ongoing operations.

“We have a good relationship with our communities. “They also support us because they are beneficiaries of our mining operations.”

She adds that the departments of Mineral Resources and Energy and Water and Sanitation have been on site to conduct site inspections as a part of the EIA and WUL processes.

Dlamini comments that government departments have been understanding and are cognisant of the urgent nature of the mine extension and the consequent impact on sustaining current employment at Kangra, especially amid retrenchments at the mine last year.

Dlamini applauds the improvements made by government, particularly with the issuing of mineral and environmental rights, as well as WULs, over the past three years.

Previously, EIAs would not have deadlines set for them by government and would remain open-ended. This could potentially result in companies’ waiting up to ten years to receive licences.

“Now, the department has introduced timelines, whereby we know that within a specified period, we should be receiving our environmental authorisations. It has also been moved to the online submission system, which has helped iron out challenges.”

Additionally, she notes that government departments are becoming stricter when evaluating licence applications and are now requesting audit reports from companies before issuing environmental licences. A company’s history of compliance is also scrutinised more closely.

She argues that, while it is positive that environmental regulations are becoming more stringent, it does create challenges for miners, such as Kangra, owing to legacy issues.

Some of Kangra’s operations, particularly in KwaZulu-Natal, have been in operation since the early 1900s; this provides challenges in terms of older infrastructure being used, and particularly with acid mine drainage, Dlamini explains.

“We now have historical problems that we must fix in terms of the current legislation. We are applying for licences at some of our KwaZulu-Natal sites so that we can rehabilitate them, and re-treat and release the water into the environment, complying with required standards.”

Dlamini concludes that Kangra supports government enforcing its current environmental legislation. “Our natural instinct is environmental protection, so we want to ensure that we comply. Coal is one of the important energy resources for the local economy mentioned in the published Integrated Resource Plan 2019, and still has a future in South Africa.”