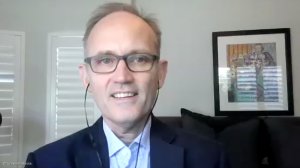 Just clearing the backlog would be a huge leap forward, says Miller, who was speaking to Mining Weekly in a Zoom interview. (Also watch attached Creamer Media video.)

“Let’s make gradual, consistent improvements. Let’s get the administration working, and then we can contest the more ideological issues around policy, separately,” says Miller.

“Right now, I’d settle for just clearing the backlog, and addressing the inefficiency in regional offices. That’s uncontested. There’s no party in South Africa that says we should have dysfunctional administration.

He rejected the silver-bullet notion of a transparent online cadastre being the panacea.

“We could make dramatic improvements not by looking for some silver-bullet solution. You first need a culture change which asks ‘what can we do to welcome investors’. If they make that change, then officials can go and look at multiple countries around the world and they can pick and choose solutions that they like for us, and obviously one of those solutions would have to include a transparent online cadastre. Other things would be a single one-stop shop,” he says.

The use-it-or-lose-it principle would also have to be vastly improved: “We’ve got to turn prospecting rights over, we’ve got to curate all the knowledge that prospecting develops, we’ve got to hold applicants responsible for their obligations, so when you get a prospecting right, you’ve actually got to do the work. You’ve got to generate knowledge and you've got to submit that knowledge back into a central repository, so that the next time someone looks at the same property, there’s an accumulative improvement in what we know about the geological endowment of South Africa.

“All these things are not ideologically contested. All of them will make gradual improvements, and we can start seeing them pretty quickly. It’s not hard to do that and hopefully we can go forward with that.

“It’s very positive that Minerals Council South Africa has come out in favour of exploration. We have this wonderful body of skills and knowledge and academic institutions. So there is a positive story deep in here to tell, but first we need some sort of culture change to show that investors are welcome in South Africa again,” Miller contends.

"This backlog of applications is the crisis that we can use to try and make positive improvements. If we cleared this backlog in a year or two, it would make a dramatic difference," he adds.