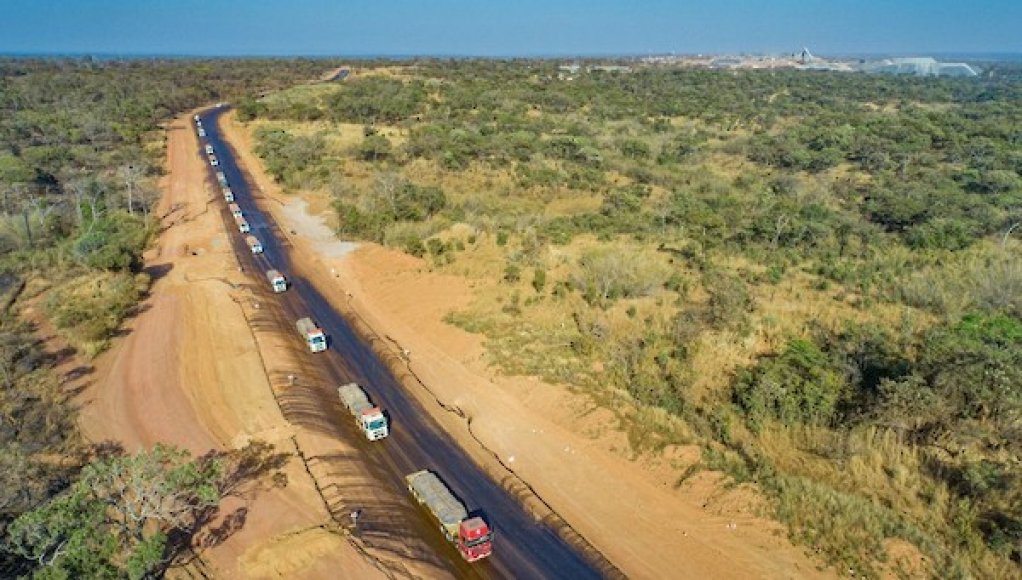 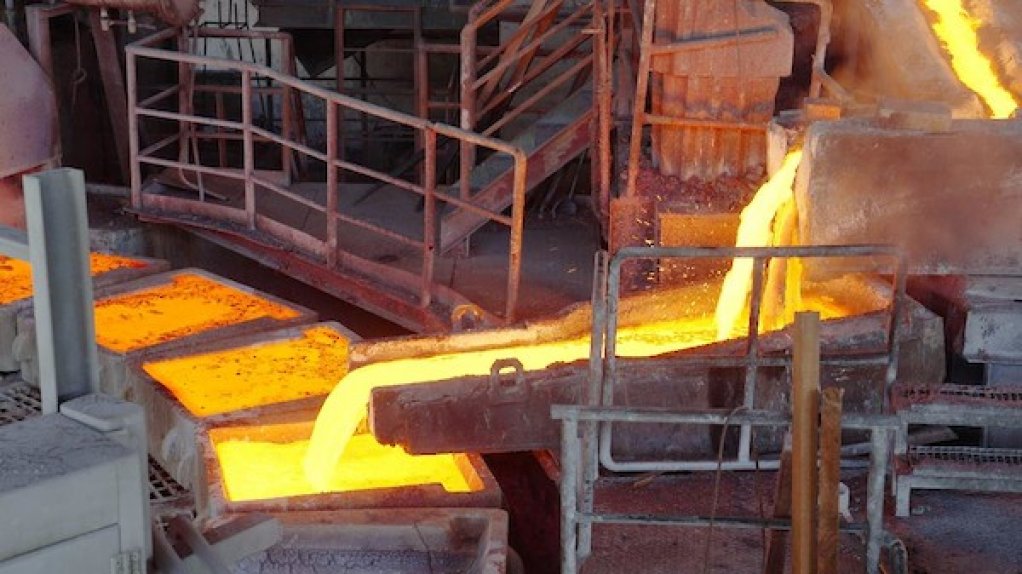 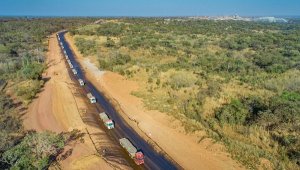 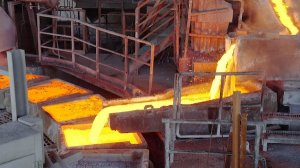 A convoy of transport trucks loaded with Kamoa Copper’s concentrate departing the Kamoa-Kakula mine on their way to the port of Durban, South Africa.
Pouring Kamoa Copper blister ingots, containing about 99% copper, at the at the local Lualaba Copper smelter.

TSX-listed Canadian mining company Ivanhoe Mines reports that copper production at its Kamoa-Kakula mine, in the Democratic Republic of Congo, has steadily increased since hot commissioning started in May, exceeding 500 t/d towards the end of July.

In addition, the mine’s Phase 1, 3.8-million-tonne-a-year concentrator plant was deemed to have reached commercial production on July 1, after achieving a milling rate in excess of 80% of design capacity and recoveries close to 70% for a continuous, seven-day period.

Kamoa CEO Mark Farren says July marks another month of solid performance by the operation’s mining and concentrator teams, as the company continues to add to the surface stockpiles even as Phase 1 copper production ramps up.

“We expect to maintain these ore production levels over the upcoming quarters in preparation for the commissioning of the Phase 2 concentrator plant, and the potential strategic stockpiling for the Phase 3 expansion.”

However, during August, the focus of the commissioning team will shift from the front end crushing and milling circuit, to balancing and enhancing the flotation and regrind milling areas. This is expected to further improve concentrate grade and recovery.

Ivanhoe reports that copper recoveries from the mine have increased from an average of 70% in June, to about 81% in July.

To date, about 32 700 t of copper concentrate have been loaded at the mine site for delivery to either the Lualaba copper smelter near Kolwezi, or to international markets.

The project’s pre-production surface stockpiles now contain about 3.54-million tonnes of high-grade and medium-grade ore at an estimated, blended average of 4.77% copper.

Contained copper in the stockpiles at the end of July totalled more than 168 000 t.

Ivanhoe states that as the plant ramps up to full Phase 1 design capacity, and the mine toward Phase 2 production capacity, the surface stockpiles are expected to continue to build at a reduced rate.

July’s advancement brings the total underground development to about 52.8 km – more than 18.1 km ahead of schedule.

Going forward, Ivanhoe’s guidance for contained copper in concentrate production at Kamoa-Kakula this year is between 80 000 t and 95 000 t.