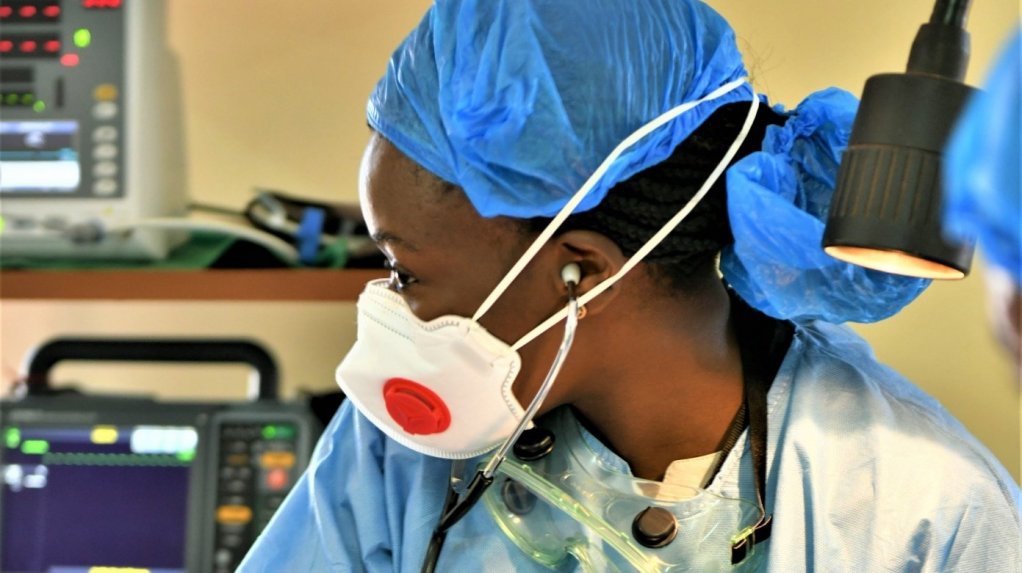 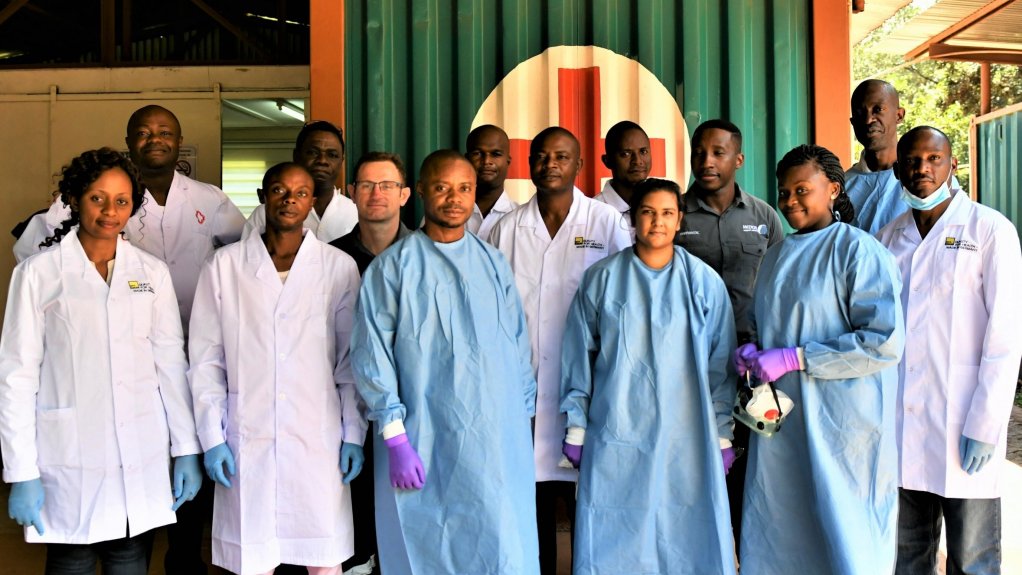 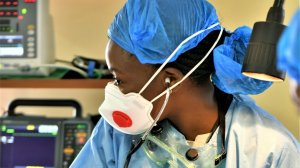 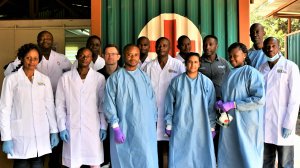 Dr Delvareine Kabwayi Buyamba of the Kamoa-Kakula medical response team.
Members of the on-site medical team at Kamoa-Kakula, in the Democratic Republic of Congo.

Canada-headquartered Ivanhoe Mines has unveiled “extraordinary” measures to continue construction of its large-scale Kamoa-Kakula copper project, in the Democratic Republic of Congo (DRC), amid the coronavirus crisis.

The miner has locked down Kamoa-Kakula and all key personnel on site, with only food and critical equipment entering under strict delivery protocols.

A total of 881 employees, who were previously based in surrounding communities and Kolwezi, have been moved to permanent minesite accommodation and up to 250 additional employees will be moved to the site once accommodation has been expanded.

In total, 3 500 employees and contractors are based at the site, Ivanhoe said in a statement on Thursday.

To ensure the safety of its workforce, the miner has a 16-strong and expanding medical response team on site. It has sourced ten intensive care units, each equipped with a ventilator, and 20 high-care units to treat potential patients. It also has a quarantine facility for up to 60 potential patients.

These measures were put in place in consultation with a task team, led by University of Pretoria professor Dr Nicolette du Plessis, and including specialist doctors, paramedics, nurses, as well as counsel from several external, world-leading epidemiologists. Du Plessis is president of the Southern African Society of Paediatric Infectious Diseases and president-elect of the Federation of Infectious Diseases Societies of Southern Africa.

Ivanhoe said it established the task team "well before” the World Health Organisation declared coronavirus a pandemic and drew on experience from its China-based partners – Citic Metal and Zijin Mining – for its Covid-19 response planning.

Ivanhoe also reported that it had procured “abundant” critical protective supplies for its minesite medical professionals, including surgical gloves and N95 face masks.

In addition, Ivanhoe's largest shareholder, Citic Metal, has assisted with the procurement of a substantial number of coronavirus diagnostic test kits. These test kits would be distributed to its projects in the DRC and South Africa, where it is developing the Platreef project.

"The nature of our mine development projects is such that certain work cannot be done remotely, so our focus is on reducing the risk of the virus spreading to our projects. Operational continuity is critical for jobs, the communities around our operations, and the local economies. We will continue to adapt our response as this situation evolves, with our primary focus being the health and safety of our people,” said Ivanhoe co-chairperson Robert Friedland.

Ivanhoe is continuing construction at Kamoa-Kakula at a time when several other large copper projects have come to a halt, owing to measures introduced by governments to curb the spread of Covid-19.

Anglo American has temporarily suspended construction activities at the 300 000 t/y Quellaveco copper project, in Peru, and so did Teck Resources at the 316 000 t/y Quebrada Blanca Phase 2 project, in Chile.

Also in Chile, the world’s largest copper miner, Codelco, has announced the temporary suspension of construction on some work at the Chuquicamata underground mine project, and projects at an early stage at Rajo Inca and Traspaso Andina.

Rio Tinto has also announced a slowdown in the construction of the Oyu Tolgoi copper/gold project, in Mongolia.

At peak production, Kamoa-Kakula will produce more than 700 000 t/y of copper, which will make it the world’s second-largest copper mine.

The Kakula copper mine continued to make “excellent” progress, with development advancing at a “rapid pace”. About 12 km of underground development was complete, which was about 3.4 km ahead of plan.

In March, the mining team set another new monthly development record of more than 1 350 m − more than 330 m ahead of plan for the month.

Meanwhile, Ivanhoe has suspended shaft-sinking operations at Platreef until at least April 16, in compliance with the 21-day lockdown imposed by the South African government. The project is maintaining a small workforce to conduct care-and-maintenance activities.

Activities at Kipushi, in the DRC, has also been suspended with only a small workforce on site to conduct care-and-maintenance and to maintain pumping operations.

"The Ivanhoe team is comprised of an extraordinary group of people. I have absolute confidence that working together we will meet these challenges and emerge stronger and more resilient than ever," said Friedland.