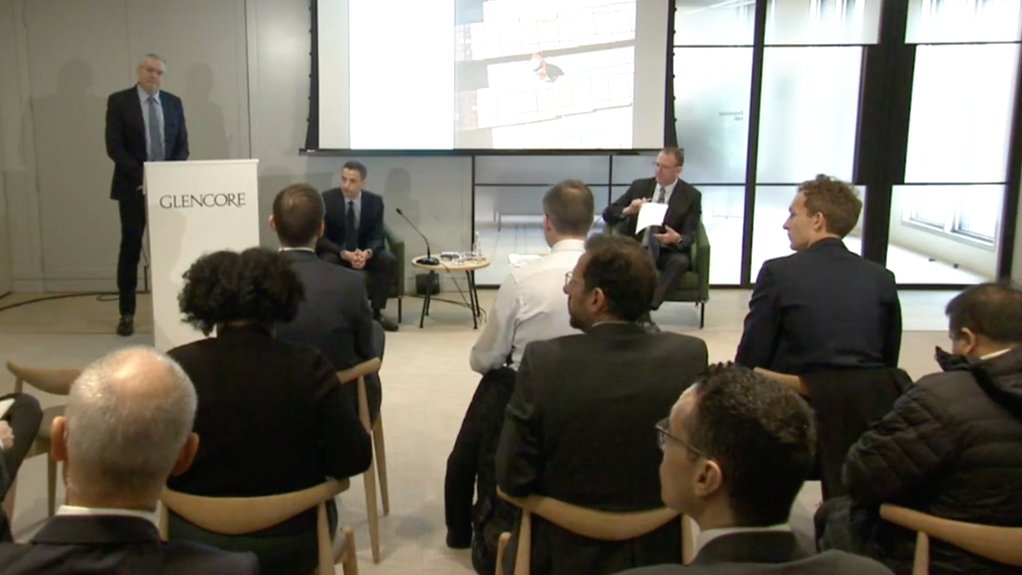 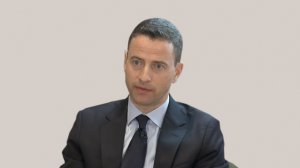 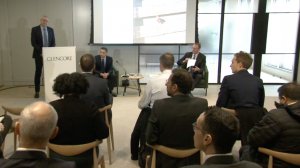 JOHANNESBURG (miningweekly.com) – 2021 was a terrific year for the company, Glencore CEO Gary Nagle said on Tuesday, when he reported record earnings before interest, taxes, depreciation and amortisation (Ebitda) of $21.3-billion, a record marketing performance Ebit of $3.7-bilion, and a record industrial business performance of $17.1-billion Ebitda.

As a result, net debt of $6-billion is now significantly below the London- and Johannesburg-listed company’s cap of $10-billion, which opened the way for a $4-billion distribution back to shareholders, made up of cash of $3.45-billion and a share buyback of $550-million. (Also watch attached Creamer Media video.)

On the industrial side, Glencore reported strong demand across the world as countries emerged from Covid amidst a constrained supply environment, partly Covid, regulatory and geopolitically driven.

On top of that were low inventories across all commodities, across the world, resulting in very strong margins across the business.

“The market conditions remain favourable, we see dislocations in the market, we see arbitrage opportunities and hopefully a good result of 2022 as well,” Nagle said during an in-person and online results presentation covered by Mining Weekly.

“On the social side, it’s very difficult to report but we have had four fatalities in our business during 2021 and that is four too many,” said Nagle.

“We continue to work very hard, day and night, Peter Freyberg and his team putting significant effort into our SafeWork programme. We’ve revised our SafeWork programme. Safe Work 2 is being rolled out. We are seeing some excellent results, but so far not good enough. We are not there. We do believe in zero harm in our business and we do believe we can get there,” Nagle added.

A task force has been set up to promote diversity and inclusion, which is being driven through the business.

On the governance side, Glencore has what Nagle described as a best-in-class ethics and compliance programme.

“I truly believe it is a best-in-class programme and it’s not a standing-still product. We continue to work at it day in, day out to ensure that we’re a responsible and ethical operator,” he said.

As previously disclosed, Glencore is subject to a number of investigations by regulatory and enforcement authorities including the US Department of Justice, the US Commodity Futures Trading Commission, the UK Serious Fraud Office and the Brazilian Federal Prosecutor’s Office.

“As announced this morning, we also expect to resolve the US, UK and Brazilian investigations during the course of 2022 and we’ve recorded a provision for these costs in our accounts,” Nagle said.

The 84% increase in Ebitda translated into free cash flow of $13-billion – “that’s the key number ultimately within any business. That’s what drives your debt reduction, your capacity to make distributions and payouts to one’s shareholders,” said Glencore CFO Steve Kalmin.

“The real kicker from H1 into H2 was in the coal business,” said Kalmin.

“We’ve got a higher 12% annualised tailwind even going into 2022 at current macros,” added Kalmin.

Copper and cobalt contributed meaningfully, along with zinc, nickel and the ferroalloys business.

“Ferro itself is almost into a podium position. They had a great result from our South African business during the year, both in production and margins,” said Kalmin.

In response to Mining Weekly during the media conference, Glencore Alloys CEO Japie Fullard said the main driver of the success of the ferrochrome business in 2021 was the supply-demand position, good sustainable ferrochrome pricing and excellent efficiency drives.

A negative was the electricity price increase as well as the outlook for even higher electricity tariffs going forward.

“Hopefully that will not clamp down on our performance,” said Fullard.

On the introduction of self-generated clean energy, Fullard said there were three key areas of focus, the first relating to the use of offgas.

“We have entered into a pilot project with Swedish Stirling so we are using the offgas and also generating electricity from that. The involves on-site offgas generation and we’re focusing quite heavily on that.

“The second area that we’re also looking at is on-site generation, that means behind the meter, and we’re looking at solar and wind. We are quite advanced with regards to our prefeasibilities on that as well.

“Thirdly will be the off-grid focus area. As you would know, we have also sent out the request for proposals in that regard. We are looking at wind and solar projects. We are starting to see some advantages from that and we will be focusing on that,” Fullard added.

Regarding South Africa being included in Glencore’s decarbonisation plans, Nagle emphasised in response to Mining Weekly that coal and ferrochrome formed big parts of the South African business.

“South Africa is a big part of our climate change strategy. We will run down our South African coal business over time and that contributes to the targets we have set of a 15% reduction by 2026, 50% by 2035 and net zero by 2050,” Nagle added.

On the possibility of recycling being done in South Africa by Glencore, which is active in the circular economy in other countries, Nagle said the company was looking for recycling opportunities across the world.

“There are some geographies which are a little bit more ready for recycling right now given the infrastructure being built. Say, for example, Europe, where they are building eco factories, places where we have smelters like in Europe and North America, where we can use that existing infrastructure to rev up our recycling business.

Glencore’s free cash flow of $14.1-billion was described by Citi analyst Ravi Ephrem as being “materially ahead of our expectations”.

Barclays' Ian Rossouw stated in a note that Glencore “remains our top pick” given its catalyst-rich investment case, strong free cash flow and return potential, which should ramp up meaningfully in the second half of the year.

RBC Capital Markets Research’s Tyler Broda described the results as providing potential for Glencore to “start to further rerate” on the back of continued expectation of strong free cash flows. “We see the valuation as providing substantial support for a rerating,” Broda reiterated.

Deutsche Bank Research analysts listed as the key highlight Glencore’s announcement that it expected to resolve all the existing US, UK and Brazilian regulator investigations in 2022, with $1.5-billion representing the expected total fines and costs.