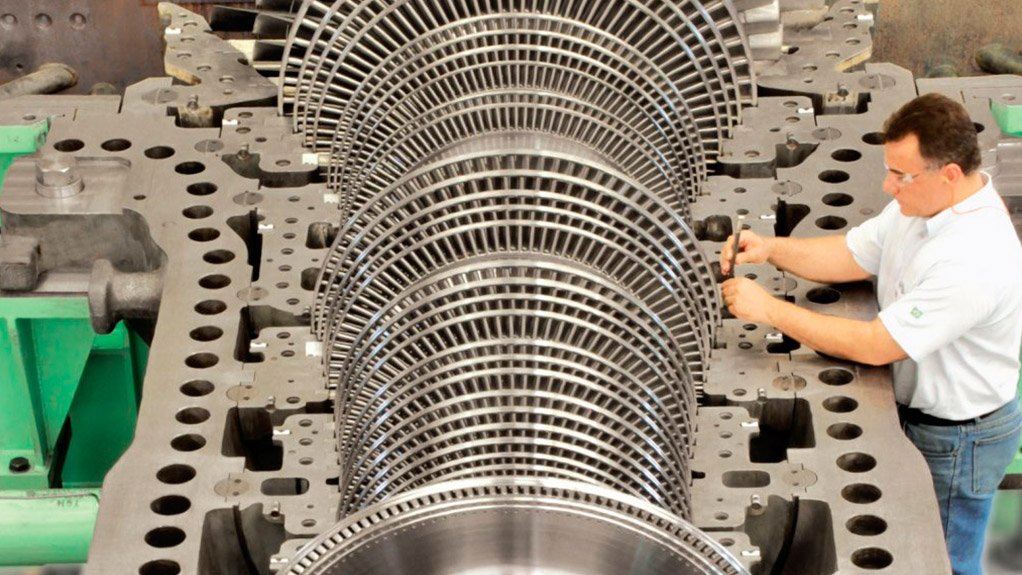 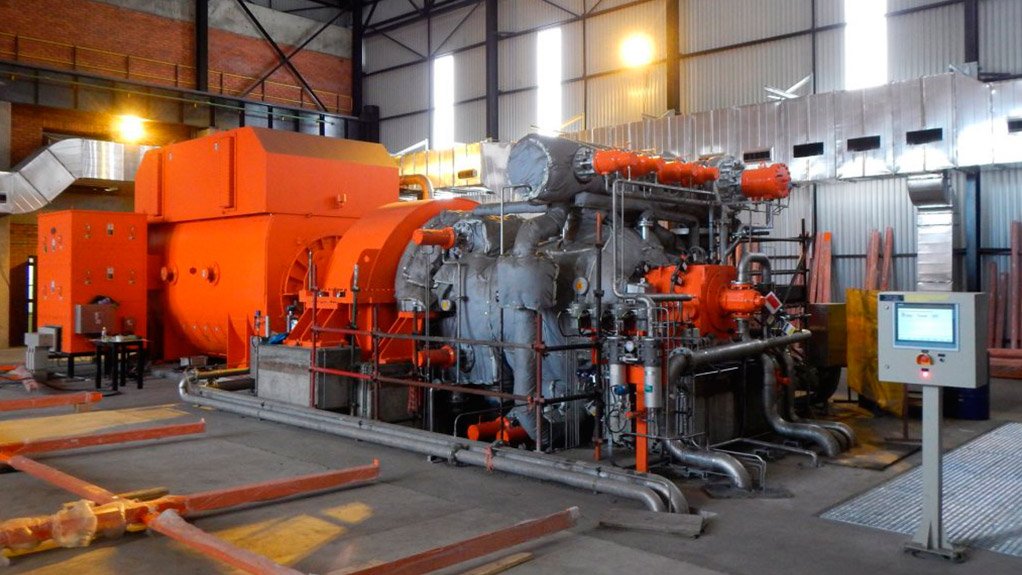 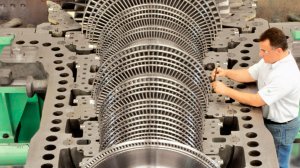 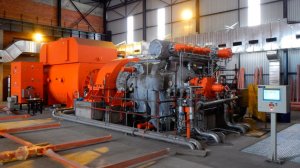 INCREASED EFFICIENCY The 48 MW TGM multiextraction condensing steam turbine rotor, which is designed to maximise efficiency and power generation capability
TURBO GENERATOR INSTALLATION All major equipment has already been installed, with the thermal blankets just fitted around the turbine casing and the thermal acoustic hood in the process of being erected

Zest WEG Group Energy & Systems director Gary Daines tells Engineering News that the scope of the initial contract, which was finalised in March 2014, included the manufacture and design of the steam turbogenerator set and associated equipment, as well as the installation and commissioning of the unit.

Zest Energy’s genset installation was also the first project to use the combination of a TGM turbine with a WEG EM alternator, says Daines, adding that it was also a first for both equipment manufacturers in South Africa.

Challenges One of the challenges that Zest Energy faced when installing the steam turbogenerator set was the Mondi mill’s production-driven environment, leaving little time for installation. Zest Energy therefore had to carefully coordinate its schedule with that of the client, explains Daines.

The project formed part of a larger plant upgrade at Mondi, which means there were numerous subcontractors on site at any given time. This also posed a significant challenge in terms of health and safety requirements, as a significant portion of work was done at height.

Local subcontractor Turbine Generator Services undertook the mechanical installation portion of the contract, while multidisciplinary project management company Bosch Projects was appointed by Mondi as the official engineering, procurement and construction management contractor on the project.

Daines says Zest Energy’s experience in electrical infrastructure, substations and power generation – especially in terms of standby and continuous power plants – enabled the company to draw on its experience and apply it to the Mondi Richards Bay project.

He highlights the project as unique, as all the electrical integration scope was carried out in-house. Zest Energy GM Alastair Gerrard adds: “Throughout the execution of this project, Zest WEG Group has proved its ability to be involved in large-scale projects, not only from a standalone product supply perspective but also from an integrated solutions point of view. This is an important achievement that will drive sustainable growth within the group.”

The beginning of 2013 saw the design and engineering phase of Zest Energy’s Mondi project getting fully under way, with close scrutiny of the finer design details to ensure that no crucial element had been overlooked.

Long lead items, such as the turbine casings and forged rotor shaft, had already been delivered to turbine manufacturer TGM Turbinas by this time, while WEG Electric Machinery showed similar progress.

The Zest Energy project team then had the formidable task of transporting the completely manufactured and assembled pieces of equipment – a process which was completed in August 2013.

Under the supervision of TGM Turbinas, professional rigging subcontractor Lovemore Brothers was tasked with lifting the equipment in areas with constrained access and positioning the equipment onto the reinforced concrete floor of the power house, which was extended off the existing floor and designed specifically to accommodate the heavy payload and vibratory characteristics associated with the operation of big machinery.

A 220 t hydraulic jacking system was used to position the equipment. Full-scale installation started after all the equipment was positioned correctly.

Installation was completed successfully towards the end of November 2013.

Zest Energy MD Coenraad Vrey comments: “As the turbine control system had to integrate and operate with the complete steam management system, we had to optimise the design to ensure proper and safe operation with the rest of the equipment.

“It was a learning curve for us and the client in terms of developing the control system to ensure that it was a fully integrated and optimised system on final handover.”