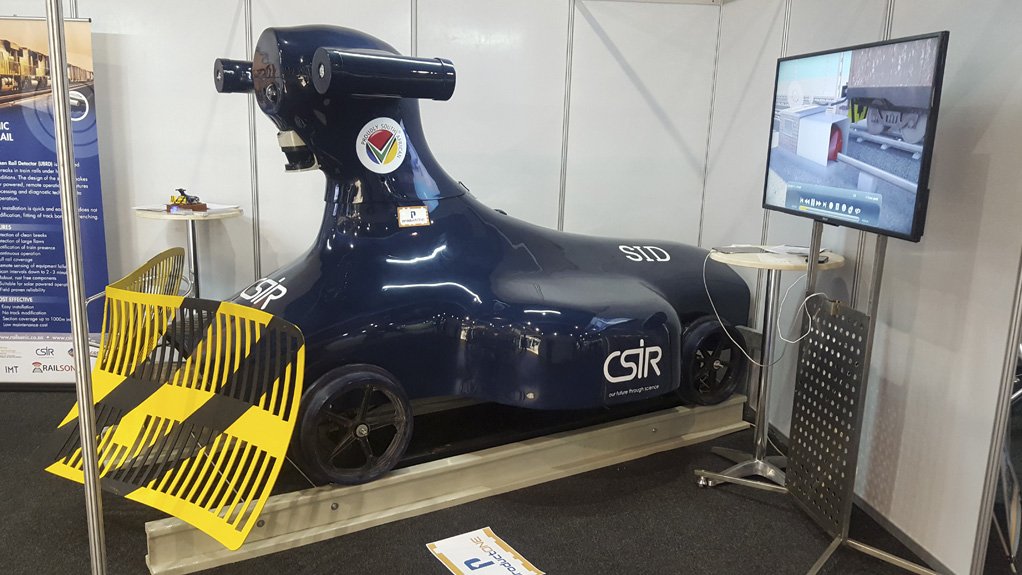 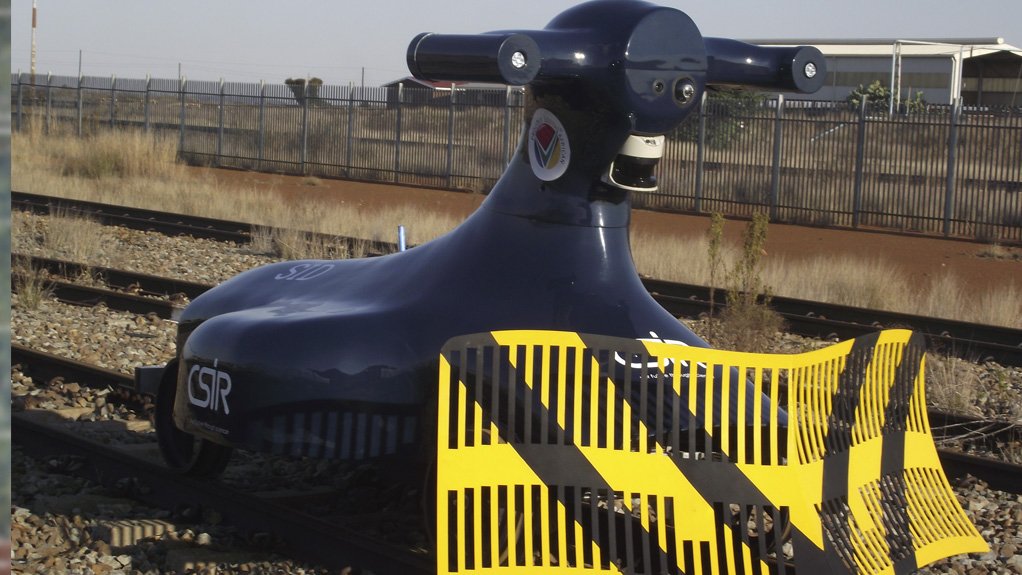 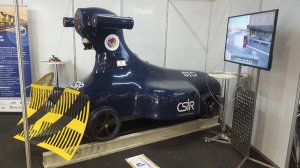 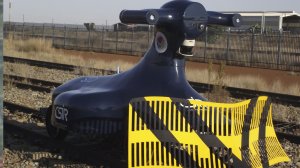 The Council for Scientific and Industrial Research (CSIR) has developed a prototype survey and inspection device (SID) to survey and inspect South Africa’s railway lines, which is intended to improve safety and operations.

Apart from reporting on the condition of the rail infrastructure, the SID can also provide early warnings for trains by travelling ahead of them, alerting them to track obstacles and potential hazards at level crossings.

According to SID principal engineer Danny Naicker, the device will also perform the inspection of various parameters of interest on the rails and the surrounding infrastructure.

“The SID operates autonomously in metros and rural areas, collecting data on items of interest and reporting this data through a mixed set of wireless communications, including on-board LTE, 3G or GPRS, as well as WiFi and long-range radio, should it be necessary,” he notes.

The SID, which houses a 13 kW, 300 cc motorcycle engine, has been tested to reach speeds of between 3 km/h and 100 km/h while maintaining a tested fuel efficiency of 4 ∙ for every 100 km using a 12 ∙ petrol tank.

“As the SID prototype weighs only 200 kg, it will be easy to deploy and handle at depots. Currently, the SID is transported on a trailer and deployed on the tracks using at least six people. Our engineers are looking at mechanisms to address this and ease deployability,” Naicker avers.

To aid in surveillance, the SID is fitted with laser scanners to check the condition of tracks, while infrared cameras are used for obstacle detection. Naicker adds that high-definition cameras will be used for infrastructure inspection, while a multispectral camera will be used to inspect the overhead power lines. He notes that accelerometers are used for spin-mark detection and that downward-facing cameras will be installed to inspect substructures and sleepers.

“The idea is to provide the locomotive driver with enough information to ensure safety protocols are implemented in time. We have noted that locomotives with varying loads take up to 2 km to come to a complete stop.

Naicker adds that the SID can duly act as a pointsperson at level crossings, which have become increasingly dangerous, by occupying the track to ensure motor vehicles do not cross illegally.

“Our research has shown that rail crossings, especially those which do not use boom gates, are the most dangerous. We believe that the SID will be able to prevent or at least reduce these kinds of accidents.”

Naicker notes that, as there is only one prototype SID device, the intention is to replicate and tweak the design to use the device across the country. Testing is being completed on a test track at State-owned freight logistics group Transnet’s Benoni-based depot, Sentrarand.

He adds that engineers at the CSIR have conducted tests with sensor packs to establish which resource provides encompassing coverage of the rail infrastructure.

“We are evaluating the surveillance system and getting a better understanding of how the sensors will operate at various operating speeds,” he states.

Naicker also tells Engineering News that it is projected that the SID device will take three to six months to produce, with a base cost of about R500 000. Depending on the sensor packs added, he notes that the total cost could rise to about R2-million for each SID device.

“There has been interest from the Passenger Rail Agency of South Africa and Transnet Freight Rail . . . The CSIR has also received interest from companies in the locomotive industry looking to mass-produce the SID,” Naicker adds.

He notes that deploying the SID will not incur large operating costs, as the engine fitted is not complex and can be serviced easily.

“We believe that the SID has been designed to be easy and cost efficient to operate should the operator service and recalibrate the sensors.”

Naicker adds that the CSIR engineers envisage a large acquisition of SID devices, which can be stationed at locomotive depots across the country and will essentially complement maintenance personnel surveying and inspecting the track.

“While workers can identify major defects, the laser and infrared cameras used on the SID provide a detailed report for operators of the rail infrastructure and will be able to spot issues such as fine cracks in the rails, which are not as apparent,” he states.

He concludes that the system is continuously being evaluated and adapted to offer the best service for rail companies.

“We believe that the SID will fulfil an important role in the rail industry by providing safety solutions for rail users.”