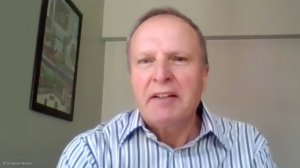 JOHANNESBURG (miningweekly.com) – The imposition of a tax on the export of chrome ore would be high risk and the gain from such an intervention would likely be eroded fairly quickly by the high cost of electricity, which is the real problem.

“The reason why the ferrochrome industry was initiated in South Africa was access to low-cost chrome ore, and other raw materials, and also low-cost electricity,” said McAdam, who has been campaigning against the imposition of a chrome ore export tax for close to a year.

ChromeSA, an organisation of non-integrated, primary chrome ore producers, was formed late last year after the Cabinet announced that a chrome export tax was in the offing. But it has not yet been implemented.

ChromeSA felt it important to address the subject again this week owing to what it described as considerable pro-tax media attention in recent months.

“The situation with chrome ore hasn't really changed. The ferrochrome smelters that have their own chrome ore mines still access chrome ore at a reasonable price, or they can buy it in at prices significantly less than their Chinese competitors can buy it in.

“But the difference really is in the electricity price. That has increased by over 500% since 2008 and that is the real reason why the cost of electricity, which is a major input cost to the South African ferrochrome industry, is so high,” said McAdam.

“We felt it important that the other side of the narrative was presented, whereby we can put forward our position on why this tax would not benefit the ferrochrome industry and would be very detrimental to our own,” said McAdam.

“Support of one industry sector that is struggling by disadvantaging another doesn't seem to us to be very equitable, particularly if the job losses that will result from the imposition of such a tax would be greater than those potentially saved.

“The tax, if imposed, will increase the cost structure of the non-integrated chrome ore producers, such that some of them will no longer be profitable, reduce production or go out of business, and alternative sources of chrome ore will be found.

“If the Chinese are having to buy higher cost chrome ore from South Africa, they will look for alternative sources of supply. We admit that that would not be overnight. South Africa is the major supplier of the chrome ore around the world, but business will look to alternatives and increase supply to fill that gap,” said McAdam.

Anderson of the analytics company Genesis, which has carried out an analysis of the implications of the imposition of a chrome export tax, emphasised the likelihood of non-integrated primary producers being forced to absorb some of the cost of the tax should it be implemented, with negative repercussions.

He does concedes that export taxes can make sense when used to secure scarce supply for local industry.

“But the logic behind this tax is not about scarce supply because the ferrochrome sector themselves have their own mines and long-term offtake agreements with some of the other producers. They’ve got more than enough supply themselves and that supply is at a very low price.

“The logic of this is effectively to raise China’s ferrochrome production costs and, by dint of doing that, to improve the relative competitiveness of South African ferrochrome.

“There are a number of strands to that logic which we’ve had a look at and which we rate as being uncertain, and effectively what this becomes is very much a high-risk gamble.

“Even though South Africa is the biggest exporter of chrome ore into China, we’re not the only ones, and what this chrome export tax will do is push us up the cost curve as a country,” he said.

“We estimate in our analysis that it’s probably somewhere between 22% to 32% of our export volumes which could be vulnerable to being replaced by other countries along the way. This together with China’s massive position as a buyer and their bargaining power means that it’s probably naïve to think we’re just going to simply be able to increase our price to China by the full-on tax amount.

“The truth is, in all likelihood, the exporters from South Africa, who have built their businesses around these exports, are likely to have to absorb a lot of this tax. This international market is competitive, margins are thin there particularly for the prime chrome producers, and that’s going to make them vulnerable and that’s where a lot of the employment has a high labour intensity,” he said.

“So, on the cost side, there’s a real risk of the tax becoming a cost to the prime chrome producers, and on the benefit side, the number of strands to the logic of why it is going to benefit the ferrochrome sector make it uncertain at best, in the sense that it’s a gamble.

“What is quite clear is that even if this tax were to work in a way that people are hoping it will work, unless something’s done about electricity, a lot of those gains are going to be eroded fairly quickly.

“In a nutshell, we think this is essentially a high risk intervention and I guess our worry is that a lot of the implications here have not been fully thought through yet,” said Anderson.

Supporting the imposition of a tax on the export of chrome ore include:

Already five of South Africa’s ferrochrome smelters have either been shut down, liquidated or placed in business rescue. These smelters supported more than 31 000 jobs along with a yearly contribution of R11-billion to South Africa’s GDP.

Direct employment lost in the past five years totals 1 139 jobs. Another 1 608 jobs are currently at risk under Section 189 of the Labour Relations Act, and remaining at risk are another 5 243 jobs.

The ferrochrome industry is looking at possible production of 750 MW of energy generation made up of a mixture of on-site generation using offgas and Stirling engines or various types of equipment, possibly off-site wind and solar power, as well as virtual power purchase agreements involving also solar and wind being wheeled on to the national electricity grid.