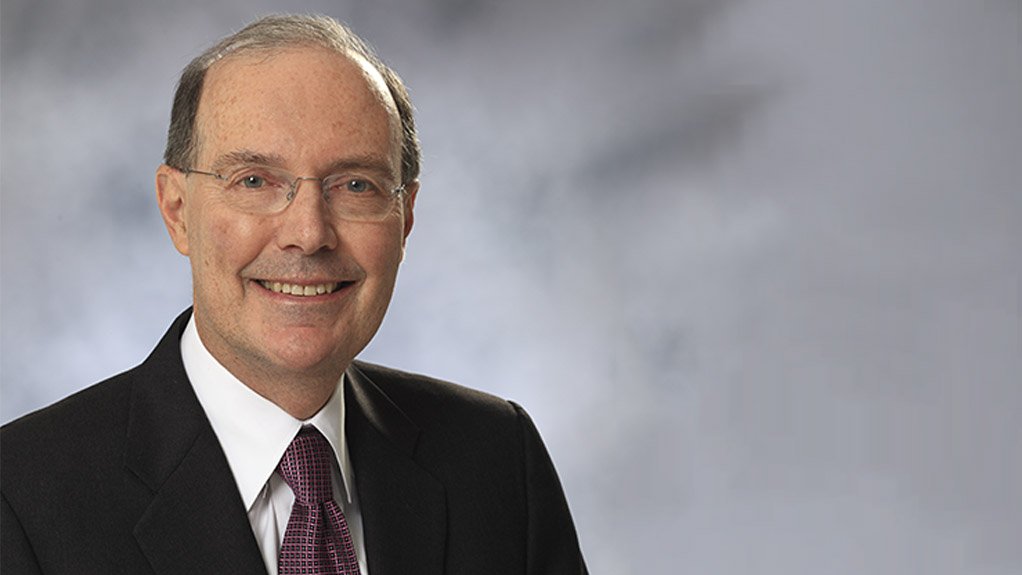 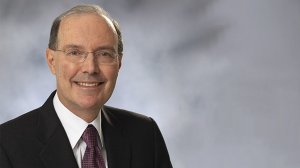 JOHANNESBURG (miningweekly.com) – The only way to achieve a ‘green’ economy, fight climate change and prevent the destruction that the world has seen in recent years is to ensure that conversations turn to the adoption of the hydrogen economy and interest in fuel cell deployment lives beyond the initial hype.

“We hope the buzz around hydrogen this year will help the public become better informed about what we feel is the leading renewable platform to guide us into a green economy era,” Marsh said in a written response to Mining Weekly.

Coronavirus permitting, the hydrogen fuel cell buzz will soar to its greatest height at the 2020 Olympic Games in Tokyo, which are being dubbed the Hydrogen Olympics. Global energy company Shell reports that hydrogen will provide electricity for the high-rise buildings in the athletes’ village and fuel cell electric vehicle (FCEV) buses will ferry 10 000 competitors from 200 countries to and from venues around the city.

The waterfront condominiums on the artificial island of Harum will be sold to the public after the Olympic Games end on August 9, as part of Japan’s plan to become a hydrogen-powered society, with hydrogen refuelling stations and carbon-free ‘green’ hydrogen. Hydrogen emits no carbon dioxide when burnt and will fuel the ceremonial Olympic cauldron during the opening and closing ceremonies.

Shell's third hydrogen station in San Francisco, which was opened this month, has a larger capacity and more fuelling positions than the previous two to meet the needs of the growing FCEV market in the Bay Area. The station offers 100% renewable hydrogen.

Johannesburg Stock Exchange- and New York-listed platinum group metals (PGMs) mining company Sibanye-Stillwater, together with SFA Oxford of the UK, last week announced that they would be sponsoring the International PGM Hydrogen Forum in Tokyo, to coincide with the Olympics.

“If this is something of interest to you, then certainly you would be more than welcome to join us in Tokyo,” Sibanye-Stillwater CEO Neal Froneman told investors during the company’s presentation of outstanding financial results last week.

Global Market Insights states in its latest report that the fuel cell market will reach $9-billion by 2026 and ongoing deployment of FCEVs, along with increasing investments toward development of hydrogen infrastructure, will positively influence the market growth.

Fuel cells produce climate-friendly electricity from hydrogen with the help of PGM catalysts. They already power FCEVs like the Toyota Mirai car and the Hyundai Nexo special utility vehicle and the Honda Clarity sedan.

Euronews recently reported that filling up an FCEV takes place in a matter of a few minutes and travel ranges are from 300 km to more than 400 km. It said that this differed from battery electric vehicles (BEVs), which required 30 minutes to 12 hours to recharge and had ranges of 160 km to 500 km.

The implications of hydrogen replacing oil are economically and politically far-reaching in a world that once used whale oil, wood and peat, and then coal, petroleum and natural gas for its energy.

“It would be one of those major economic transformations to go from petroleum and natural gas to hydrogen,” said New York-based CPM MD Jeffrey Christian, when he spoke to Mining Weekly in Johannesburg last September.

But it is happening and major energy companies are viewing hydrogen as an upcoming universal energy source, which Cristian noted was coinciding with tremendous acceptance of sun and wind energy, the availability of significant off-peak power generation capacity and the momentous demand for the phasing out of the high-carbon environment that is endangering the future of the planet. The cost of renewables has plunged by 80% since 2010 and the hydrogen it can help to produce is being acknowledged for its infinite supply horizon, exceptionally good energy density and emission-free production potential from many sources.

At the point of use, hydrogen, which many insist must itself be clean and ‘green’, is able to provide carbon-free electricity and can be stored for as long as one likes – a day, a week, a month, a year or ten years.

A report of the Hydrogen Council, of which a PGMs-producing group like Anglo American is a pioneering member, shows that the cost of hydrogen solutions will fall sooner than expected to levels competitive with other low-carbon alternatives and, in some cases, even conventional options.

A McKinsey report this January, entitled ‘Path to Hydrogen Competitiveness, A Cost Perspective’, states that scale will reduce the cost of hydrogen by 60% this decade, reducing it to a level of $4.50 per kg by 2030, which is equivalent to $2.25 per gallon.

Christian put it this way: “Hydrogen energy has been like science fiction since the post-World War II period. Many have dreamed about it being able to replace oil and natural gas but limiting factors have been the cost of production and safety issues. Now, widespread sun and wind power use, as well as liquid organic hydrogen carrier (LOHC) technology, are sweeping these issues aside to make hydrogen’s $1/ℓ cost competitive with gasoline."

The oil-like character that LOHC provides allows hydrogen to be transported, stored and dispensed conventionally. A cubic metre of LOHC can convey some 57 kg of hydrogen. Currently used fossil fuel road tankers, rail tankers or ships can be used to render hydrogen tradable on a global scale.

“But there’s still a lot of work to be done. We need the political will to make the hydrogen economy a success story. We need government funding for research and development and for industrial-scale projects that demonstrate the technical as well as commercial feasibility of hydrogen use. In addition, the industry worldwide has to contribute its fair share and make an even stronger commitment to hydrogen,” Teichmann stated.

Hyundai this month awarded automotive technology company Faurecia a contract to equip 1 600 FCEV trucks, with delivery into Switzerland expected next year. “This award, along with the joint venture we have created with Michelin, is a major step in our commitment to become the leader in fuel cell systems,” said Faurecia CEO Patrick Koller.

In South Africa, the huge FCEV that the London- and Johannesburg-listed Anglo American is building at the Mogalakwena PGMs mine in Limpopo will weigh 290 t, Mail Online reports.

Some 50 kWh of electricity is required to electrolyse 1 kg of hydrogen, Council for Scientific and Industrial Research senior research engineer Thomas Roos has outlined to Mining Weekly.

South Africa’s combined solar and wind power provides a hydrogen production capacity factor close to 100% during daylight hours; during the night, wind can enable electrolysers to produce hydrogen at a capacity factor of 30%, which is higher than the international norm of 22%.

The twenty-sixth United Nations Climate Change Conference (COP26) scheduled to be held in Scotland from November 9 to 19 is a reminder that at COP17 in South Africa, in 2011, the then Anglo American CEO, Cynthia Carroll, proclaimed platinum-catalysed hydrogen fuel cells as efficient, versatile and scaleable and representing a proven technology that ensured clean, reliable and cost-effective electricity. It was a powerful endorsement of the long-studied fuel-cell technology.

The slow pace of building hydrogen fuelling stations has been among the factors that has slowed the spread of FCEVs and allowed BEVs to get ahead.

In order to develop the market, some companies have taken it upon themselves to build hydrogen fuelling stations and to ensure that customers have access to hydrogen.

One of these is Plug Power, whose customers include huge US companies like Amazon and Walmart.

Plug Power has itself laid on more than 80 hydrogen fuelling stations. Germany, with 100 stations, is targeting 400 by 2023. The UK is targeting many stations and there is a huge commitment in Japan, Korea and China to the deployment of fuel cell vehicles and the provision of hydrogen infrastructure.

“We’re greatly encouraged by Japan’s efforts to use the Olympic Games as a platform to educate the public on hydrogen,” said Marsh.

“As fellow participants in hydrogen education, we applaud the efforts of any group, company, or even country to do the same. As with anything, the spotlight can bring much needed attention to topics that have not always been widely discussed, or even understood, by the public.

“Much work is on-going by leading energy companies around the world to make hydrogen a tradeable commodity. Ultimately, as with coal, the use of oil will decline rapidly in the coming decades,” Marsh predicted.

“Ultimately, for hydrogen to have a zero carbon footprint, the feedstock needs to be renewable electricity from wind, solar, hydroelectric power, nuclear power, biofuels and other zero carbon technologies.”

Low-carbon hydrogen, he said, could also be captured from industrial waste streams and systems leveraging carbon capture. Like BEVs, which often charge from coal-fired power stations, hydrogen is going through a similar transition, which many would like to see ended.

Hydrogen has been used in jewellery-making, hydrogenated foods and farming for fertilisers and has been transported safely by industrial gas companies for a long time.

“Fuel cell companies are actually somewhat newcomers to the club, but we’ve invested a lot of time, brain-power, and energy in the area of hydrogen transportation, storage and fuelling. We consider ourselves experts in ensuring hydrogen is transported safely and effectively,” Marsh added.

Hydrogen is converted into electricity through the use of fuel cell products. The basic science behind fuel cells is in the special proton exchange membrane inside each fuel cell.

Hydrogen enters from one side, oxygen from the air from the other. They both interact with the membrane, which extracts electricity from the hydrogen electrons, sending protons across the membrane to meet up with the oxygen, forming water.