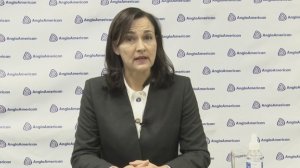 JOHANNESBURG (miningweekly.com) – The strong operational and financial performance of platinum group metals (PGMs) company Anglo American Platinum in the six months to June 30 translated into nearly R40-billion worth of benefits for stakeholders including the fiscus, local and doorstep suppliers and communities.

In light of the impact of Covid-19 and the recent unrest in parts of South Africa, it has committed an additional R400-million in funding to extend its WeCare programme. This will include mechanisms for financial assistance for employees who need additional support, food relief packages, other necessities for vulnerable employees and projects to stimulate economic recovery so that it can continue doing what is right for its employees, its communities and for South Africa.

The Anglo American group company, headed by CEO Natascha Viljoen, reported record 385% increases in earnings before interest, taxes, depreciation and amortisation of R63.3-billion and a 207% return on capital employed increased to 207%, up from 48% in the corresponding six months of last year.

The fiscus has received R16.6-billion in taxes and royalties, R5.5-billion was paid in salaries and wages, including to vulnerable employees not yet back at work. Increased procurement from local and doorstep community suppliers totalled R2.2-billion, R300-million was spent on community development initiatives, community share schemes will receive R245-million in half-year dividends, and R5.2-billion has been invested in capital projects.

“This again demonstrates our commitment to being a good corporate citizen,” said Viljoen in a release to Mining Weekly.

The JSE-listed company’s net cash position of R57.6-billion includes customer prepayment and industry-leading returns to shareholders which will come in the form of an interim dividend of R175 a share, or R46.4-billion, equating to 100% of headline earnings.

Total refined production, excluding tolling, increased by 128% to 2 326 700 PGM ounces with the rebuild of the ACP Phase B unit on track to be completed in the third quarter of 2021.

The unit cost of R12 572 per PGM ounce was impacted by above-inflation cost increases, in materials, utilities and consumables, which is expected to be an ongoing risk into the second half of the year.

The average achieved PGM basket price increased by 47% year-on-year to $2 884 per PGM ounce. Rhodium set a new all-time high of $30 000/oz and palladium $3 000/oz, while platinum hit a six-year high above $1 300/oz. The minor PGMs, iridium and ruthenium, also made positive contributions as strong industrial demand took iridium to an all-time high of $6 300/oz and ruthenium to a 14-year high of $800/oz. The rand strengthened against the dollar during the year, with the rand basket price rising by 29% to R41 400 per PGM ounce, compared with R32 166/oz in the first six months of last year. Net sales revenue increased by 155% to R107.5-billion.

PGM production guidance (metal-in-concentrate) has been tightened to a maximum of 4.4-million PGM ounces on lower third-party receipts and the affect of continuing Covid infection rates on production.

Refined PGM production (excluding tolling) is expected to reach a maximum of five-million ounces. PGM sales volumes are forecast to be in line with refined production.

Going forward, the company is committed to continuing to stimulate new markets and leverage new capabilities through its market development activities, and capturing value from adjacent value chains.

Progressing renewable energy and hydrogen options at Mogalakwena will continue.