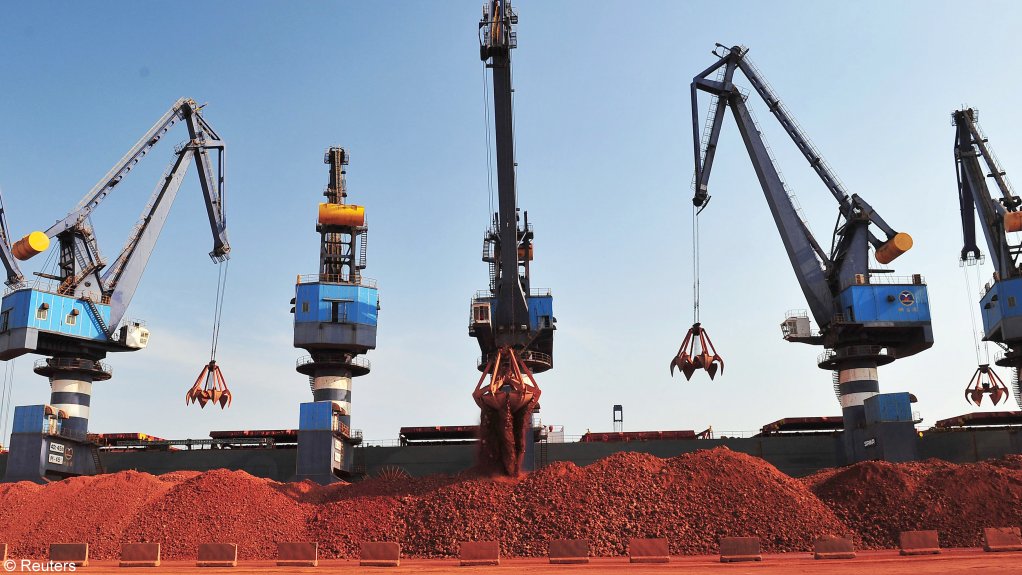 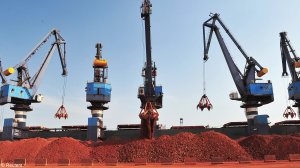 A ship carrying bauxite from Guinea is unloaded at a port.

JOHANNESBURG - Prices for aluminium ore bauxite from Guinea hit their highest in almost 18 months in top metals consumer China on Monday, as buyers fretted about supply after a coup in the West African country.

Guinea is the world's second-biggest producer of the raw material, which is refined into alumina, a substance used to make aluminium metal, and the top supplier to China.

Guinean bauxite for delivery to China was last assessed by Asian Metal at $50.50 a tonne, up 1% from Friday and the highest since March 16, 2020. Prices are up around 16% so far this year.

The ouster on Sunday of Guinea's President Alpha Conde by a unit of the army also extended a rally in aluminium prices to decade highs, causing shares in aluminium producers Norsk Hydro and Rusal to jump.

However, it was not immediately clear whether the unrest had impacted bauxite operations.

Société Minière de Boké (SMB), the country's top producer of bauxite, did not immediately reply to a request for comment.

A spokesperson for Aluminium Corp of China (Chalco), the world's biggest producer, said its bauxite operations in Guinea are normal.

A Compagnie des Bauxites de Guinée (CBG) spokesperson said its mines have not been impacted by the turmoil.

Rusal, which owns the Compagnie des Bauxites de Kindia (CBK) in Guinea, did not immediately respond to questions on whether their operations had been disrupted.

"Bauxite and alumina prices have recently lagged aluminium quotes; any supply disruption might further propel them. Rusal is more than 100% covered by its own alumina, making it immune to any price increases for this commodity," said Boris Sinitsyn at Renaissance Capital.

Rio Tinto, which is developing the Simandou iron-ore project in Guinea, declined to comment on how the apparent overthrow might impact its plans in the country.

"Miners now have little other option than to sit tight and await further clarity from the transitional authorities," said Eric Humphery-Smith, Africa analyst at Verisk Maplecroft.

AngloGold Ashanti said its Siguiri gold mine in Guinea was operating normally.

"We're monitoring the situation and are in close contact with the leadership of our mine in Guinea, which is operating normally," the gold miner said in a statement. Siguiri produced 117 000 oz of gold in the first six months of this year.