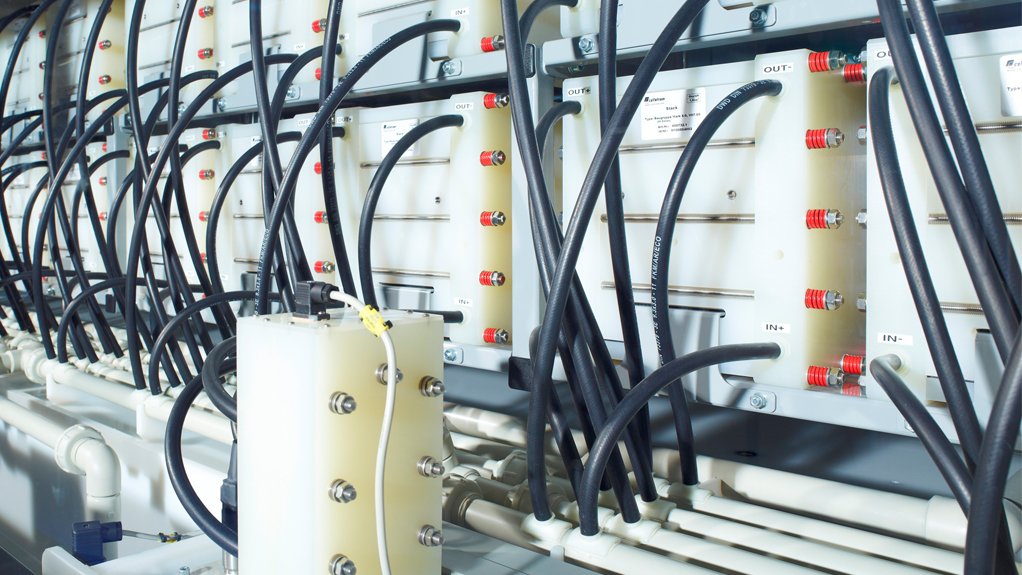 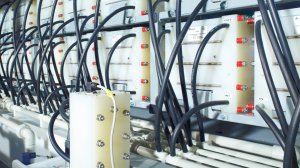 TORONTO (miningweekly.com) – The burgeoning North American grid energy storage market could develop into a multibillion-dollar industry in a matter of a few years, with several companies positioning themselves to vie for the handful of first-mover clients.

One company potentially leading the fray is Vancouver-based American Vanadium, which has aspirations to become North America’s first vanadium redox flow energy storage system provider, with a whole supply chain and manufacturing capabilities to back it up.

It also owns the only economically viable vanadium deposit in North America, the Gibellini vanadium project, located in Nevada, which is being designed to economically produce vanadium electrolyte for the energy storage industry, as well as vanadium products for the steel and alloying industries.

China produces about 55% of the world’s vanadium and consumes about 45% of the total. With China producing more higher-grade steel similar to standards in Europe and the US, demand for vanadium has risen by about 40%.

Talking to Mining Weekly Online in Toronto, American Vanadium president and CEO Bill Radvak said that the company had come a long way from focusing on being a vanadium pure-play, to change tack and embrace the much larger idea of becoming a fully integrated renewable-energy storage system provider.

Radvak remembers that when he first took over the reins of the company about four years ago, his first investor presentations included only two slides pertaining to the future potential demand driver of vanadium flow batteries and the then nascent grid power storage market.

However, things started changing about three years ago, more or less at the same time the finance window closed. Radvak, who has a background in the biotech industry, said that with the downturn in the global market and sagging prices for vanadium, the company started exploring ways to add value to their vanadium before selling it and stumbled upon the vanadium flow market.

The market for grid energy storage solutions is slowly developing. Radvak said that during the early years of renewable-energy market development, the ‘Holy Grail’, which is energy storage, was overlooked.

“It was completely underestimated in the past,” he said.

He also noted that New York state, California and Ontario were significant potential first movers in installing vanadium flow batteries for grid balancing and he expected that large contracts were expected to be awarded “soon”.

American Vanadium last year became the master sales agent in North America for the CellCube systems, which are manufactured by Gildemeister, in Germany.

Radvak said that American Vanadium was now ideally positioned to take advantage of this burgeoning market, having strategically partnered with an original-equipment manufacturer, which had already installed 65 redox-flow grid storage systems in Europe.

Gildemeister’s trump card is the CellCube battery, the world’s only commercially available vanadium flow battery, providing long duration solutions over a 20-plus year life, for a broad range of applications including renewable-energy integration and demand charge reduction. Gildemeister had proven CellCube to be a powerful, durable and reliable energy storage system that ensures a clean, emission-free energy supply at all times.

Radvak revealed that American Vanadium’s ultimate goal is to reach a position of having several revenue streams. Its strategy is to first focus on tendering and selling the first grid storage solutions to clients in North America before the end of the year, which would be followed next year by building the company’s vanadium electrolyte plant.

“The critical thing is that all of our operations would be underpinned by vanadium output from our Gibellini project, which would strategically be the fourth layer to our future revenue portfolio,” Radvak noted.

He stressed that the company was not in a rush to develop the deposit, as it intends to mostly use the vanadium for its vertically integrated energy storage solution supply chain, once it is up and running.

“This market is in its infancy. It has the potential to become a multibillion-dollar industry in a very short time, and the most exciting part of this is that we are the frontrunners to supply tried and tested solutions.

“As the dream grows, so the potential funding opportunities become more realistic. There seems to be overwhelming investor interest in this new market,” he said.

Radvak notes that the Gibellini project is unique in that it is fully oxidised, resulting in a zero-to-one strip ratio, with the ore being simply heap leached. The company would only need to construct a plant to purify the vanadium electrolyte from the heap leach, resulting in an extremely low-cost project.

The project is completely drilled-up, with compliant reserves and resources able to sustain a mine life of about ten years, with further exploration upside.

There is significant upside to the vanadium price, albeit relatively volatile. In 2006 and 2009, for instance, the price shot up by more than 400%.

Radvak said that American Vanadium was working hard to seal the first commercial deal before the end of the year. He noted that despite there being clear pointers to a growing awareness and demand for grid storage solutions, the market is probably waiting for the results from two trial installations.

Last month, the company unveiled high-profile plans to demonstrate the CellCube system in partnership with the New York State Research and Development Authority (NYSERDA) in New York. The Metropolitan Transportation Authority (MTA) and the New York city Transit Office of Strategic Innovation and Technology will host this demonstration at the MTA’s Energy Star-certified facility at 2 Broadway, in New York city.

This proof-of-concept effort would be implemented at a cost of $1.2-million, which is being funded by American Vanadium (about $700 000) and supported by NYSERDA (about $500 000) under the NYSERDA Advanced Buildings Technology Development Programme.

In February, American Vanadium announced that the US Department of Energy's National Renewable Energy Laboratory (NREL) would evaluate and demonstrate the CellCube vanadium redox flow energy storage system at its state-of-the-art testing facility in Golden, Colorado.

After the demonstration of the energy storage system at NREL's facility, the CellCube would be sold to a US utility.