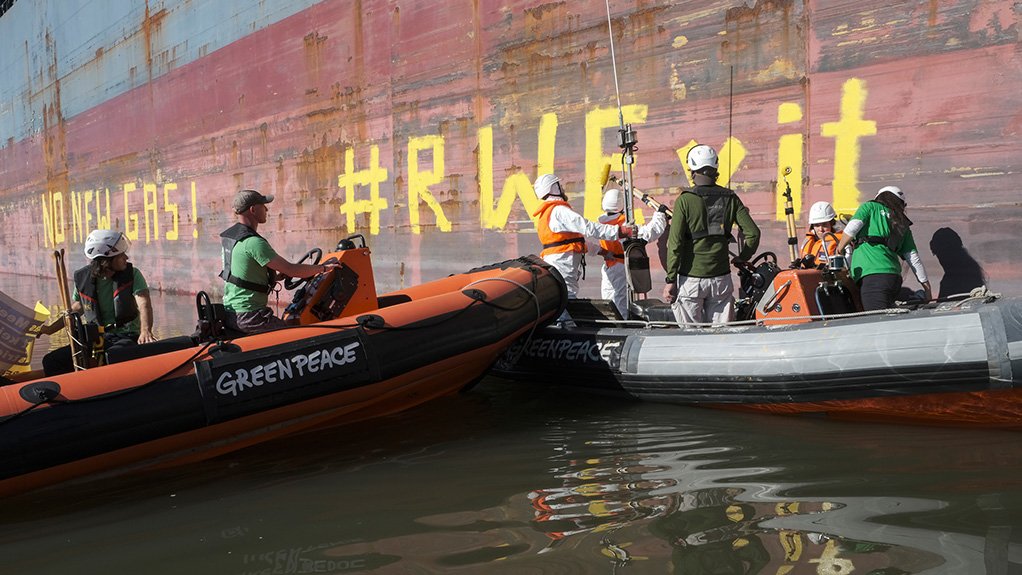 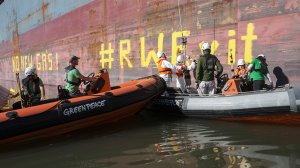 Greenpeace Australia Pacific head of clean transitions Jess Panegyres said that around 20 activists had reportedly blocked the freighter Emma Oldendorff, which was carrying pipes to be used to construct the 430-km pipeline for Woodside’s Scarborough project off the Western Australian coast.

“Woodside is learning the hard way that the world is increasingly united in its desire to shift from dangerous and expensive fossil fuels to clean energy sources like wind and solar. The International Energy Agency and the United Nations have been clear that there is no room for new gas developments if the world is to limit warming to 1.5 oC, and gas demand is set to shrink as the world shifts to renewables,” she said.

“Woodside’s Burrup Hub project, which includes opening up the Scarborough and Browse gasfields, is dangerous for our climate and our marine ecosystems. It not only threatens to undermine Australia’s efforts to drastically slash emissions this decade and achieve net zero emissions by 2050, but also puts the future of some of our most iconic marine parks, home to species like humpback whales, turtles and dugongs, at risk.”

Woodside would not be drawn to comment on the alleged incident, when contacted by Mining Weekly Online on Friday afternoon, but a spokesperson said that the Scarborough project was "proceeding without any impact".

The Scarborough and Pluto Train 2 developments are expected to cost a combined $12-billion, with Woodside’s share of capital expenditure amounting to $6.9-billion.

Scarborough gas processed through Pluto Train 2 will be one of the lowest carbon intensity sources of liquefied natural gas (LNG) delivered to customers in north Asia, with first LNG cargo targeted for 2026.

Development of Scarborough will include the installation of a floating production unit with eight wells drilled in the initial phase and 13 wells drilled over the life of the Scarborough field. The gas will be transported to Pluto LNG through a new approximately 430-km trunkline.