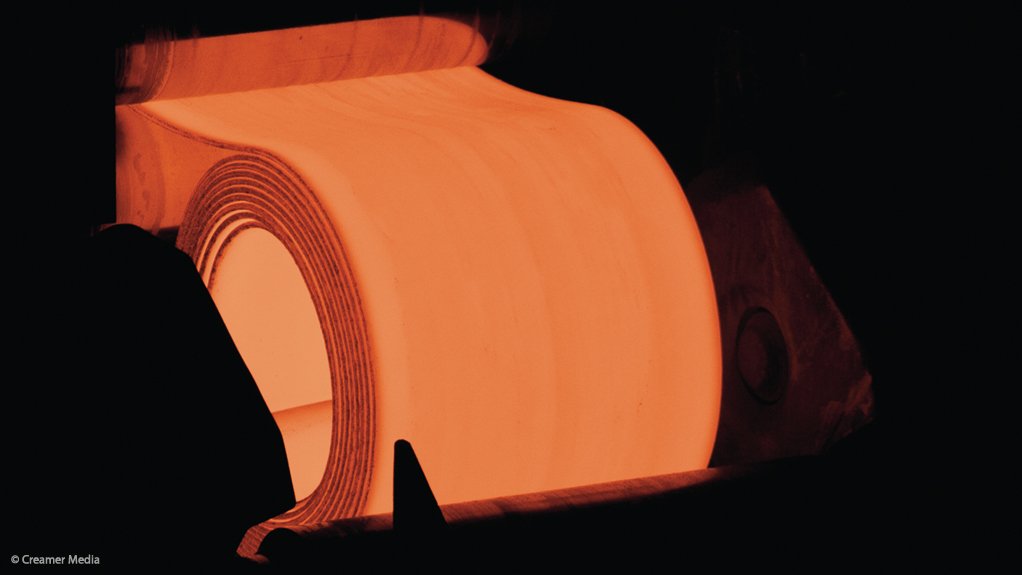 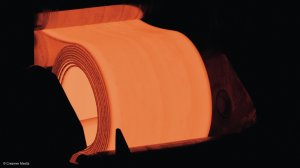 Such exports would also reduce the cost of decarbonising global steel production, owing to the relative cost advantages of producing renewable energy in South Africa and, therefore, green hydrogen. Producing GHDRI involves a type of furnace that uses hydrogen for the direct reduction of the iron-ore, as opposed to the traditional route that uses coke.

Titled ‘How green primary iron production in South Africa could help global decarbonization’, the paper has been co-authored by Hilton Trollip, Bryce Mccall and Chris Bataille and was published earlier this month.

It concludes that South Africa could competitively export near-zero embodied greenhouse-gas primary iron to steelmakers in leading decarbonising markets, such as the European Union (EU), while simultaneously increasing the value added from local iron-ore and solar energy resources.

Without pelletisation costs, the study estimates that GHDRI could be produced at a cost of $395/t in South Africa in 2030 using hydrogen produced from low-cost solar photovoltaic electricity. These costs would fall in future as electrolyser costs declined and South Africa’s grid decarbonised over time.

The exports would help steelmakers in other territories reduce the cost of their overall decarbonisation and increase the competitiveness of steel product manufacturing. “Using the EU as an example, steelmakers could use imported green primary iron to increase utilisation of electric arc furnaces while reducing total EU demand for clean electricity (i.e. for hydrogen for reduction needs) and thereby lower total system costs of decarbonisation.”

This new South African export commodity would also not be vulnerable to trade measures such as a looming EU carbon border adjustments mechanism and could, thus, help offset revenue losses that will arise as global demand for coal, a major South African export earner, tapers.

The authors calculate that a GHDRI plant able to produce at a yearly rate of one-million tons, could yield export earnings of between $300-million and $500-million a year.

“Coal exports of some 70-million tons per annum (mtpa) earn some $5-billion per year.

“Using these assumptions, it would take ten such plants to replace the entire value of lost coal export earnings and associated tax revenue,” the study asserts.

It would also underpin the decarbonisation of the domestic steel industry, which accounts for 12.5% of exports and 50 000 jobs and supports a steel value chain that contributed about 5% of gross domestic product in 2019.

“In the medium to longer term, green primary iron offers the first step onto a sustainable and potentially prosperous pathway for primary iron and steel production in South Africa, away from its current path of decline.”

The authors conclude that three conditions will be necessary to unlock new global business models involving the locating of green primary iron production in renewables-rich South Africa, including: