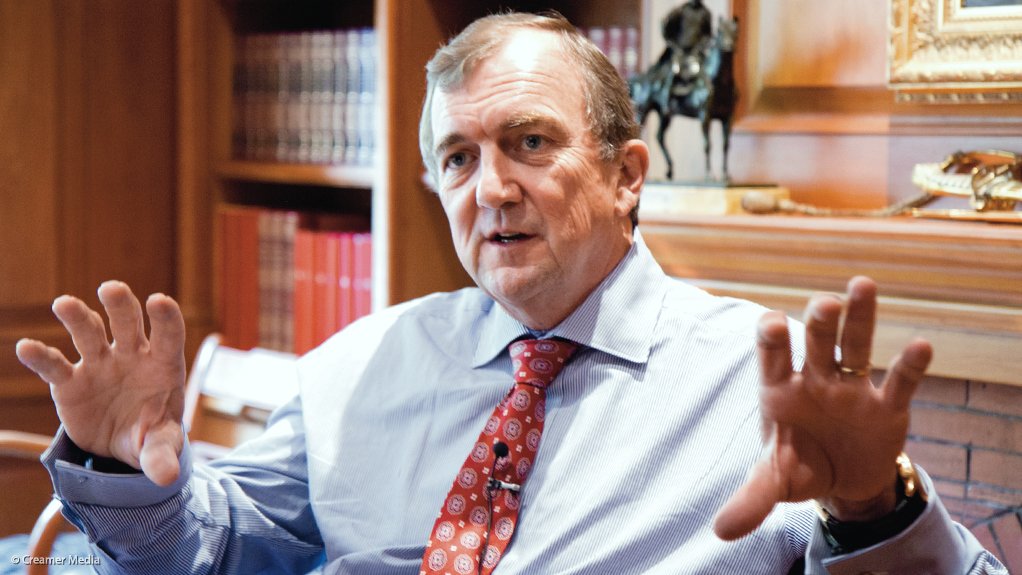 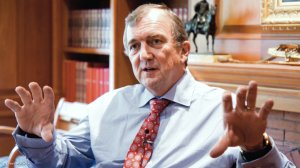 Speaking to journalists at a media lunch, Bristow said the industry was unable to make returns at that low level of gold price range.

The consequences would be a reduction in the supply of gold, which would ultimately push the gold price higher, as physical demand was definitely present.

The crystal ball that needed to be studied was the extent of damage the industry would need to experience to reduce supply to drive up the gold price and rescue the rest of the industry.

“When you over supply the gold market, the gold price goes down. We saw that in Nineties with the gold hedging and we had multiple extra ounces being supplied into the gold industry. As soon as we tightened it up in 2001, the gold price just shot up,” he recalled.

But the industry had become renowned for investing in the peaks and being unable to support those investments during the troughs.

The average grade of the industry had dropped from 2.6 g/t to just over 1 g/t, which meant double the number of tons had to be mined to produce the same amount of gold, which was why costs had risen.

The London- and Nasdaq-listed Randgold was one of a rare breed of gold companies that had not impaired its assets, as a result of the company allocating its capital on the basis of long-term gold price of $1 000/oz.

The company was on track to produce at a rate of a million ounces of gold a year from this year.

“We don’t do all-in costs because it’s just jiggery-pockery,” Bristow said, denouncing all-in sustaining costs (AISC) of the World Gold Council as the refuge of companies that were not making any profit.

“Why does the gold industry have to be different? What’s the reason? It’s because we are not profitable so we try to make ourselves look profitable," he said, adding that the industry had gone bust when the gold price fell from $1 900/oz to $1 300/oz.

There was not an auditor in the world that would audit the AISC number and IFRS and GARP remained the standards used.

The gold-mining industry had failed to make sufficient money to cover its capital, even when the gold price had risen by $1 000/oz and the collective gold output had remained constant.

All of the industry’s collective capital was thus sustaining. Some, like Randgold, made profit but many impaired billions of dollars worth of investment and produced less gold.

“We’ve got change the way we do business. We’ve got to be more transparent and more partnership driven,” said Bristow, who has led Randgold since its inception 19 years ago.