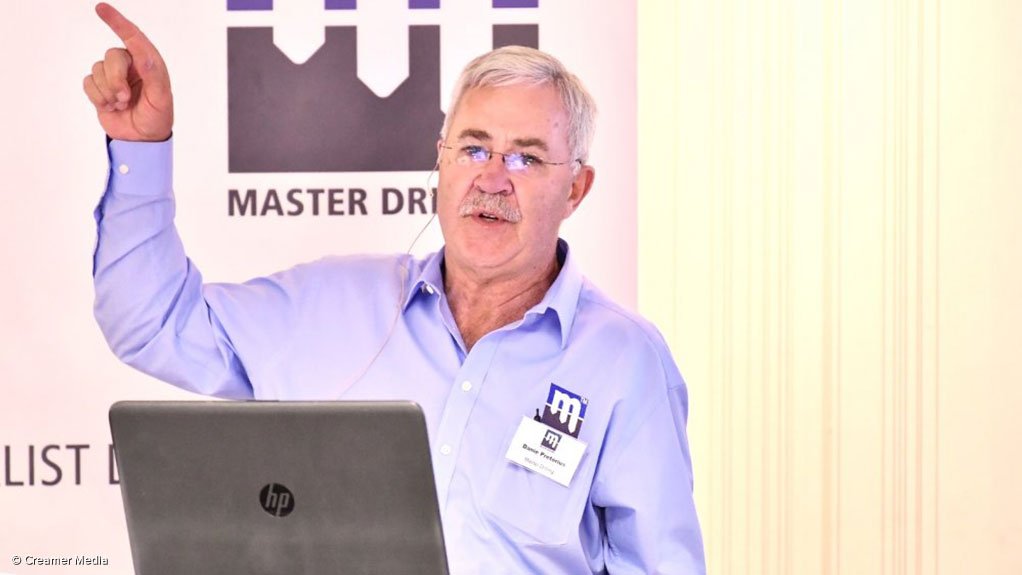 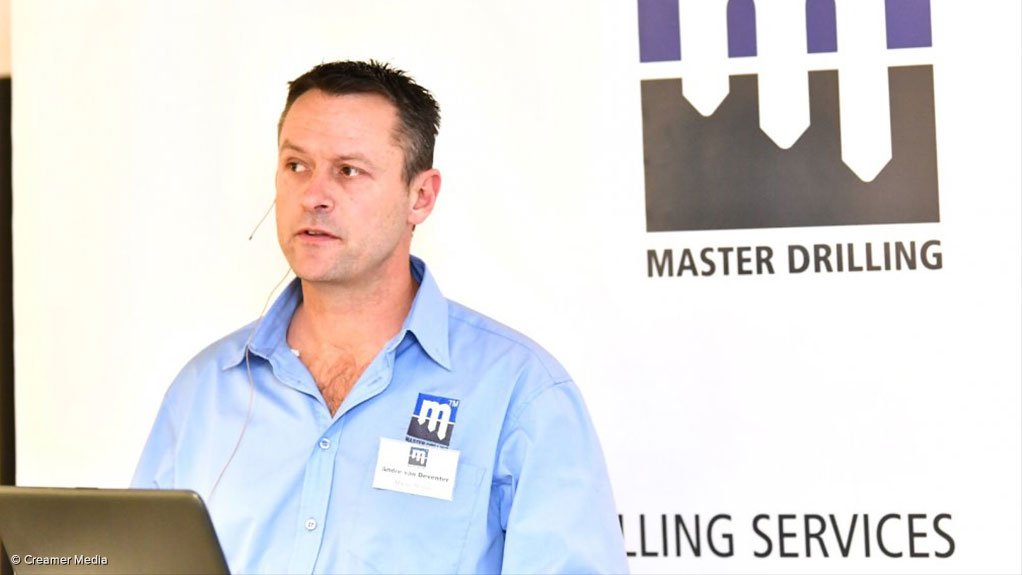 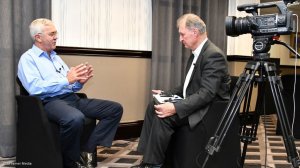 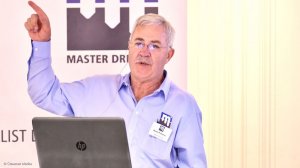 This interest is exemplified by 32 mining executives from mining jurisdictions across the world making themselves available for two days to witness the borer being put through its paces. (Also watch attached Creamer Media video).

The Johannesburg Securities Exchange-listed technology company is also at an advanced stage of development of a blind shaft boring system that drastically cuts shaft sinking time.

The company expects the new blast-free mobile tunnel borer to triple or even quadruple the production equivalent of what takes place at the South African blasting face currently.

The machine meets the key performance indicators (KPIs) demanded of the machine by worldwide mining executives of being able to drill at inclines of 12 degrees up and down, turn in a 30 m radius and have no people under unsupported areas.

“I like to think that we’ve dealt with most of the initial KPIs and who knows what’s next, but that was the initial requirement of the industry, as we speak,” Master Drilling CEO Danie Pretorius told Mining Weekly Online.

The indigenous South Africa company, which started out 32 years ago, does not sell machines.

“We sell holes,” said Pretorius of the company that is active in Africa, the Americas, Europe, Scandinavia, China, India, Turkey and Australia and soon also Canada and Ghana. The bulk of the commodities involved are gold and copper and 94% of its work is in mining. It did a lot of work in Zimbabwe many years ago and is keen to go back there as the political climate improves.

It has not gone the total disruptive route, which would be expensive, but has opted to package into the borer demonstrated and proven technology.

“All we’ve done is put that together and made it mobile. You can drive this machine in and out and get it around different rock faces, unlike some of the competitive machines,” Pretorius added.

Instantaneous advances of up to half a metre and a metre are being targeted for use in modern mines.

Size and track-mounted mine design is likely to rule out its use in South Africa’s deep, older mines.

The technology developer is also at an advanced stage of development of a blind shaft boring system, which can drill a wide diameter shaft 1.5 km deep in half the time of conventional shaft development.

It describes itself as a small player trying to make a difference in the non-blasting mining environment both horizontally and vertically.

“If you can reduce the investment period and bring this forward by 50% or 40%, it makes a huge difference to economic feasibility and payback of a project,” Pretorius commented.

To optimise horizontal raise boring, the company’s core business, a remote operating system has been developed with the machine earmarked for safe autonomous underground operation before year-end.

Autonomous drilling is seen as the only way to deal with the call by the market for greater efficiency and lower labour intensity.

“Raise boring is still our backbone business and automation is the way to optimise it. Autonomous drilling will change the cost landscape and deal with efficiencies,” Pretorius said.

The focus of the company is to achieve the ideal of non-blast, continuous, round-the-clock mining.

Currently, conventional mining provides only 12 hours to 14 hours a day of on-face time, theoretically resulting in the asset not being sweated for 50% of the time, in spite of costing many billions of rands to develop. Moreover, the damage and safety risk created by the blasting is immense.

What Master Drilling is setting out to do is to reverse mining’s global productivity decline.

The R130-million in a nonblast mobile tunnel borer, with the help of Absa debt, can probably bore 200 m to 300 m a month.

The front end of the blind hole boring system, the changing part, is currently being built in Europe for delivery later this year. It is hoped that this part of the machine will be commissioned before June next year, with the rest of the machine to follow.

This rapid shaft borer is expected to be in demand in countries where orebodies are particularly deep, with quicker shaft sinking expected to render some dormant projects feasible.

Master Drilling CFO André van Deventer reported that 13% additional geographic area has been added, with attractive margins close to 35%. Margins in South America, which had been in decline, are now also up closer to 30%, he said at the company’s presentation of results, at which the company reported 11.3% higher revenue to $67.4-million and 6% higher operating profit to $12.9-million, is considering a year-end dividend.

However, the zero percent gross profit margin on business in Central and North America and the gross loss in Mexico were described as being “very disappointing”.

“The second half of the year should be much better but the first six months have been rather tough,” Van Deventer told investors, analysts and journalists.

The ramping down of the work the company is doing at the Kibali gold mine in the Democratic Republic of Congo had resulted in a decline of work from Africa and only 22% of group revenue is currently from South Africa, down from 26% last year.

Master Drilling is a rand hedge company, and the stronger rand is auguring well for the second half.

Enquiries are being received daily from all mining jurisdictions.

At the end of September, the company will share what it has been busy with for the past two years involving gaining access to a market to which it has never been exposed up to now and which will make the company less mining dependent.