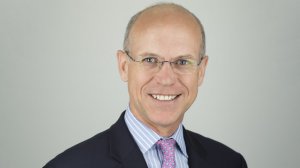 JOHANNESBURG (miningweekly.com) – The International Council on Mining & Metals (ICMM) has been convening many knowledge-sharing sessions in response to the coronavirus.

“We’ve been extremely busy since the pandemic broke out, essentially bringing the members together as much as we could to share knowledge and learnings, and to help optimise the response to the pandemic,” ICMM CEO Tom Butler told Mining Weekly. (Also watch attached Creamer Media video.)

Mining Weekly this week covered an ICMM online panel discussion in which Anglo American CEO Mark Cutifani, Minerals Council of Australia CEO Tania Constable and Minsur CEO Juan Luis Krueger spoke about what the mining industry has learnt from Covid-19 and how those learnings have been distilled and circulated within the sector and beyond.

Knowledge-sharing sessions have been convened at several different levels: “First of all with some of the leading external affairs and communications people. Then also with subject matter specialists, health experts and some of the operational people," said Butler.

“When this happened, to begin with everyone was facing different situations and everyone was having to make minute-by-minute decisions. There was a shortage of information available and we were playing essentially our bridging role to go up the learning curve as quickly as possible.

“In general, I think it’s fair to say that the mining sector’s response as a whole has been very swift and well-aligned. A number of mining companies have been dealing with previous health epidemics, such as Ebola, so they have existing infectious disease management plans,” he added.

The priority has always been to protect the safety of employees and the local communities and then, as the epidemic begins to be managed, to lay the ground work to support longer-term economic recovery, which means looking after livelihoods in the community and supporting smaller suppliers.

The mining companies with deep engagement plans with communities were the ones that were able to move most effectively in response to the pandemic.

When it comes to environmental, socioeconomic and governance (ESG) adherence, even more emphasis is expected to be placed on the ‘S’ within ESG as economic recovery comes into greater focus.

“The aspects of community engagement are going to be increasingly important just because everyone is under a lot of pressure right now in terms of community, unemployment and challenges that smaller companies are facing,” Butler noted.

The considerable material support has included the provision of food parcels to communities, donations to municipalities and regional governments and even the handing over of mine hospitals to health authorities.

With climate change being emphasised even more strongly in the Covid-19 context, the ‘E’ in ESG is continuing to receive attention, with many ICMM members opting for the installation of renewable energy at their operations.

Some members have also moved to less carbon-intensive fuels, for example, switching from coal to gas in different parts of the world.

One of ICMM’s programmes involves engagement with equipment suppliers, such as Hitachi and Caterpillar, to accelerate the transition towards emission-free heavy equipment, including through the use of battery packs, hydrogen and overhead electric rails.

The move to green hydrogen by Anglo American Platinum at its mine in Limpopo is seen as being potentially transformational, with carbon pricing and upscaling over time overcoming current commercialisation challenges.

The high carbon tax in Sweden has already enabled mining companies there to economically run large hybrid trucks uphill on overhead electric rails. Sweden has the advantage of having a lot of clean hydroelectricity to draw on.

ICMM is finalising what is now being called the global industry tailings management standard, on which work began following the Brumadinho tailings dam disaster at the Córrego do Feijão iron-ore mine in Brazil on 25 January 2019.

Agreement has been reached with the other convenors and an official launch of the publication of the standard is now planned.

ICMM is hoping that the new standard will make a big difference to the way tailings facilities are managed at the global level in future.