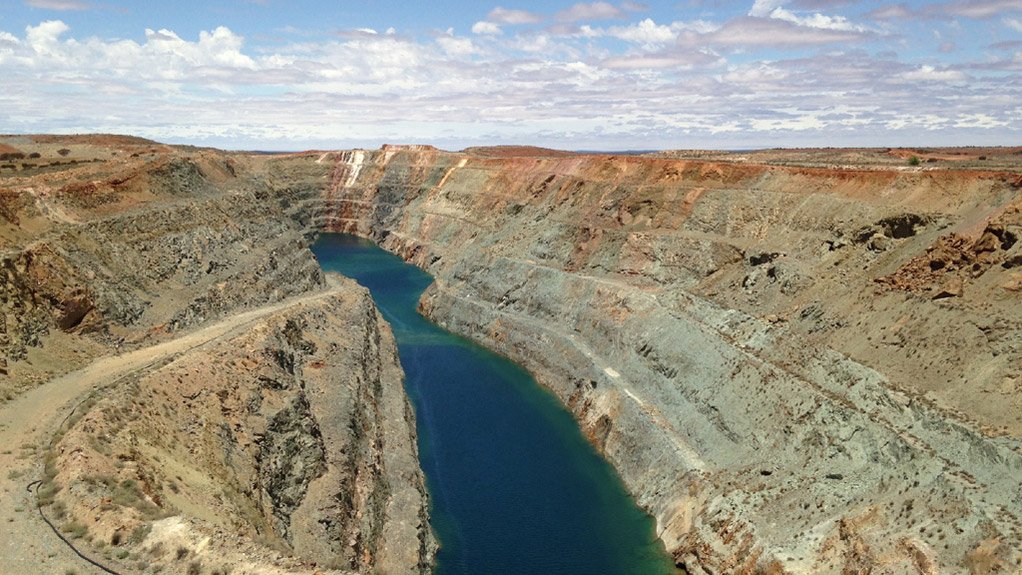 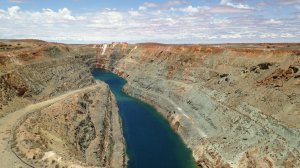 Both Genesis and Dacian went into a trading halt at the start of the week, as reports emerged that Genesis had made a takeover offer for Dacian. Genesis has also initiated takeover talks with fellow gold miner St Barbara.

Dacian on Tuesday confirmed that Genesis was offering 0.0843 of its own shares for every Dacian share held, implying a value of 10.2c a share for the Dacian holding, and an equity value of A$111-million, based on Genesis’ last closing price.

On a pro forma basis, Dacian shareholders will own approximately 25.5% of the combined entity following the transaction.

Genesis said on Tuesday that the acquisition of Dacian, if completed, would achieve "sensible" regional consolidation by combining Genesis’ organic growth and high-grade resources with Dacian’s large-scale strategic milling infrastructure at Mt Morgans.

The combined group would have a 4.5-million-ounce resource in the Leonora district, and the financial capacity and operational experience to bring the combined assets back into production in due course, in order to maximise shareholder value.

Genesis said that post the acquisition, the company would conduct a strategic review of the Mt Morgans operation in the December half of 2022, looking at a number of options, including the processing of stockpiles followed by care and maintenance, regional consolidation to keep milling activities going, and the restart of mining activities post a more accommodative cost or labour backdrop in Western Australia.

Dacian recently announced plans to suspend openpit mining operations at the Jupiter deposit, at its Mt Morgans mine, as difficult conditions resulted in significant inflationary cost pressures, which in turn resulted in an increase in cost base, prompting a review of the operating strategy.

Underground operations will continue at Mt Morgans until the previously developed stopes have been mined in the first quarter of 2023.

The takeover offer was subject to a 50.1% minimum acceptance condition, with Genesis on Tuesday revealing that Dacian’s shareholder Perennial had already entered into a binding pre-bid acceptance agreement for its 76.4-million shares in the company, representing a near 7% interest in Dacian.

Furthermore, Genesis will subscribe for 123.9-million fully paid ordinary shares in Dacian for A$12.6-million, giving the company a combined 16.6% interest in Dacian. Proceeds from the placement will be used to fund extension drilling at Jupiter, as well as exploration activities and general working capital.

“This transaction is the first step towards our vision of building the premium Australian gold miner, targeting more than 300 000 oz/y of sustainable, high-quality gold production,” said Genesis MD Raleigh Finlayson.

“Sensible mergers and acquisitions are a key component of our multi-pronged growth strategy and our team has a strong track record of executing transactions that deliver outstanding value for shareholders. Consolidation of the world-class Leonora district is a natural fit for Genesis.

“The complementary nature of the combined company’s significant resource and infrastructure, exploration upside and our regional growth opportunities make this the right deal for both Genesis and Dacian shareholders.”

Genesis on Tuesday also revealed plans to raise up to A$100-million through a two-tranche share placement, to fund the development of its Ulysses deposit, exploration activities for the combined group’s assets, to fund the Dacian placement, and for general working capital.

Some 83-million shares will be issued at a price of A$1.205 a share. The first tranche will consist of 37.8-million shares, raising an initial A$45.6-million under Genesis’ existing placement capacity, while the second tranche of 45.2-million shares, to raise an additional A$54.4-million, will be subject to shareholder approval at a meeting planned for September.

“Importantly, Genesis’ concurrent A$100-million equity raising will ensure the combined entity is well-capitalised to pursue its growth strategy and define a pathway to production under an integrated operating model.

“Since pouring first gold in March 2018, Dacian has produced over 500 000 oz from its Mt Morgans operations, yet has continued to face operational challenges in the current environment that led to a review of the operating strategy in June 2022 and the decision to suspend mining activities. The company is transitioning to processing low-grade run-of-mine stockpiles and will continue to focus on expanding the mineral resources at Jupiter based on the recently announced drilling results.

“This transaction secures the company’s promising future, provides capital to conduct and accelerate our extensive drilling campaign to test the potential for a large-scale, openpit mining operation at Jupiter and allows Dacian shareholders to benefit from the significant potential regional consolidation opportunities on offer as shareholders in the enlarged Genesis entity,” said Wilkes.