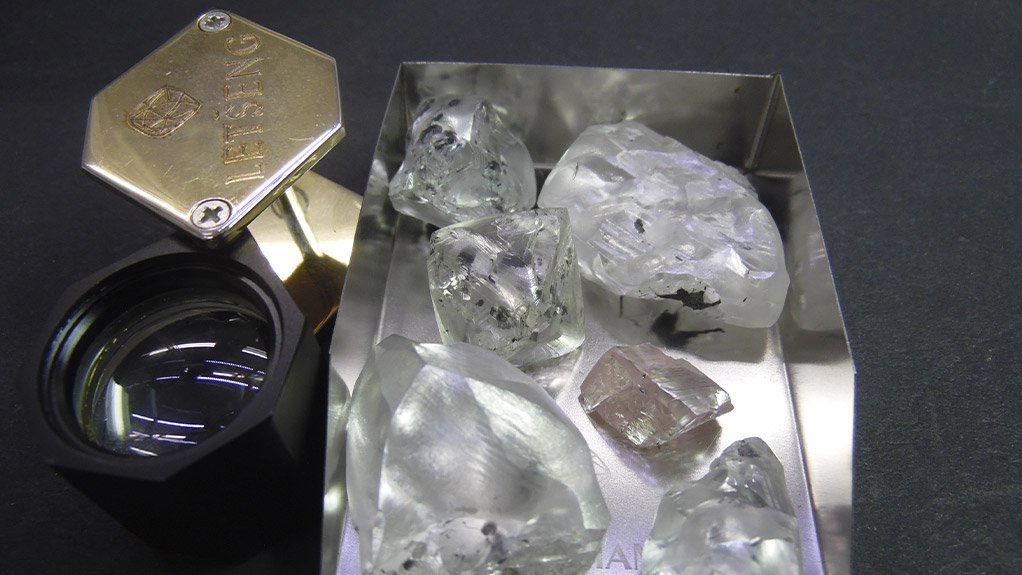 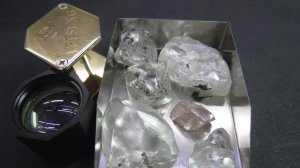 LSE-listed Gem Diamonds has highlighted the recovery of a number of top-quality white, as well as one pink, diamond from its Letšeng mine, in Lesotho, between February 28 and March 3.

Five white gem diamonds, weighing between 33 ct and 114 ct, were recovered, along with a 13 ct pink gem diamond.

Earlier in February, Gem had recovered an exceptional 183 ct white Type IIa diamond from the Letšeng mine, the highest dollar per carat kimberlite diamond mine in the world.

It has also recovered two other significant high-quality diamonds, weighing 89 ct and 70 ct, respectively, this year.

The discoveries follow the renewal of the mining lease in November last year.

The terms of the renewed mining lease were agreed with the Lesotho Mining Board, following a statutory negotiation process. The lease was renewed for an immediate period of ten years, with exclusive rights granted to Letšeng to renew the mining lease for a further ten years.

The renewal follows on the back of Letšeng’s high-value large diamond production having experienced price pressure during the third quarter, ended September 30.

Letšeng’s plants treated 1.5-million tonnes of ore during the three-month period prior to this, of which 400 000 t was sourced from the Satellite pipe and 1.1-million from the Main pipe.

Meanwhile, as the coronavirus cripples the Chinese economy, it is believed that hardly anyone in that country is buying diamonds.

Diamond sales in China have collapsed since the outbreak of the virus as shoppers stay home.

Diamond miner De Beers said sales fell by more than a third last week, from its first sale of the year in January, Bloomberg reported on Thursday.

The newswire reported that the slump in Chinese diamond demand is causing a ripple effect back to cutters, traders and, ultimately, the mining companies like De Beers; whereas the Anglo American unit had given its buyers special permission to refuse to buy goods destined for China.

The coronavirus comes as the diamond industry is still reeling from a disastrous year. Profits collapsed after a glut of both rough and polished stones destroyed margins for the industry’s crucial middlemen who cut, polish and trade diamonds.