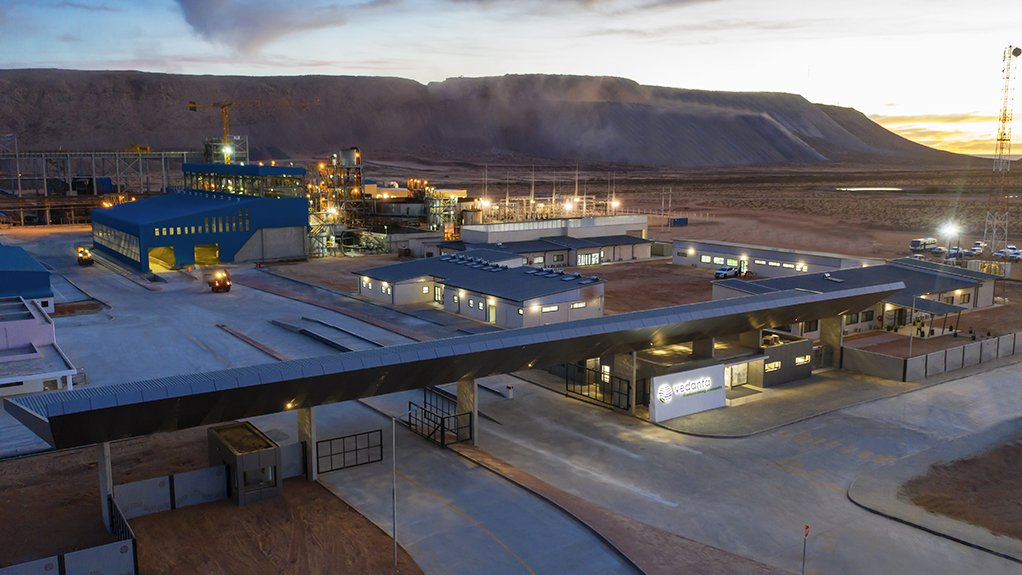 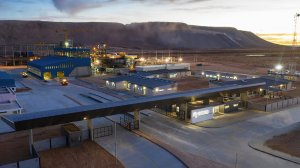 Diversified miner Vedanta Zinc International (VZI) says its Gamsberg mine and processing plant, in the Northern Cape, have successfully ramped up to full production, with the plant currently exceeding its projected design capacity of four-million tonnes a year.

The ramp-up was scheduled after a shutdown period from November to December, owing to an unfortunate slope failure incident, which required that the slope and its surrounding areas be secured adequately so that mining could be resumed.

Gamsberg GM Pieter van Greunen tells Mining Weekly that all the capital works for mining and the concentrator have been completed and have been put into operation.

Additionally, a continuous upward trend for other key performance indicators, such as recovery and plant availability, has been reported.

“Our focus remains to ramp up the plant to design and debottleneck both mine and plant beyond design,” he adds.

More capital is being invested in the Gamsberg operation to improve its milling capacity by 20%, which should be completed by the end of the fourth quarter.

“With our current focus on recovery initiatives, there has been significant ramp-up in plant production and we expect to deliver design capacity in the 2022/23 financial year.”

Van Greunen stresses that safety is the company’s first priority and that it has always had strong safety management systems and programmes in place to achieve zero harm.

The mine has had no significant incidents since the slope failure in November 2020.

He points out that the Gamsberg team, in collaboration with all VZI’s key stakeholders, have put comprehensive mitigation plans in place to further strengthen the safety systems.

The mine has also embarked on a programme to identify and monitor the effectiveness of critical controls.

“We have heavily invested in the use of technology, such as slope-stability monitoring systems, the Ground Pro Radar system and the Reutac System to further strengthen the safety management plan.”

Further, Gamsberg has increased its safety team complement, particularly on the mining side, and reports that lost-time injuries have reduced by 71%.

The general outlook of the mine is poised to significantly improve through robust business partner management processes and, to date, key performance indicators have improved.

VZI’s growth plans for base metals mining include further expansion of the mining operations through the Swartberg Phase 2 and Gamsberg Phase 2 projects, and the construction of an integrated smelter refinery complex, also at Gamsberg, to beneficiate zinc metal in South Africa.

The projects will collectively create 800 permanent jobs, in addition to the 3 000 jobs expected during the construction phase.

The Gamsberg smelter refinery complex is in a detailed evaluation phase.

“The proposed significant investment of about $700-million in this complex will anchor base metals beneficiation in the Northern Cape,” says Van Greunen.

He adds that the success, as well as the economic viability, of the projects included in the Gamsberg growth plan are subject to the availability of power, infrastructure and support from government.

Mineral reserves were also higher in the 2021 financial year, owing to the completion of the Gamsberg Phase 2 expansion study, which considered expanding the current operation and smelter from 250 000 t/y to 600 000 t/y.

The Phase 1 investment amounted to about $400-million.

The mineral reserves and resources include those of Gamsberg, Swartberg and Deeps, as well as those of the Skorpion deposit, in Namibia.