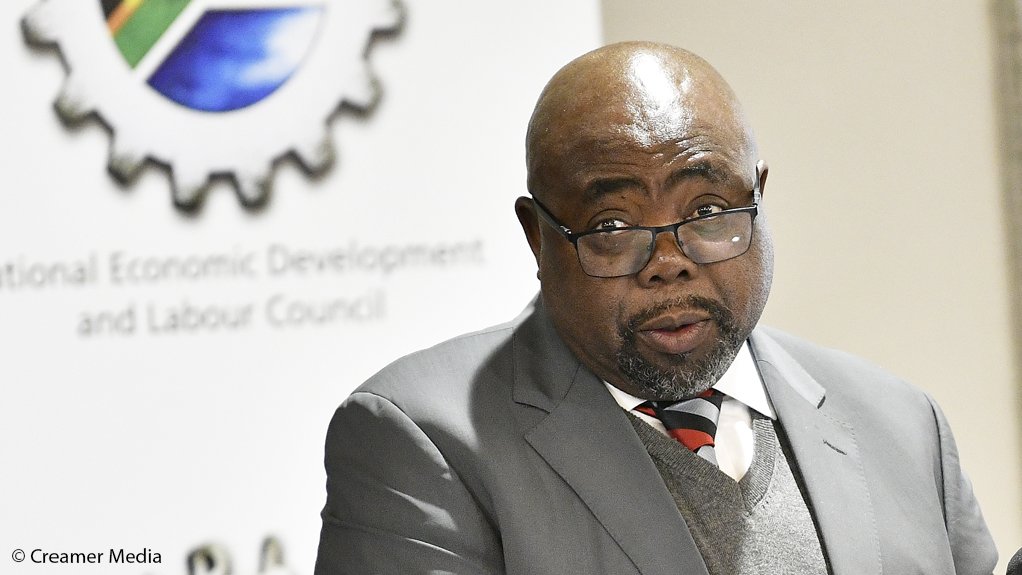 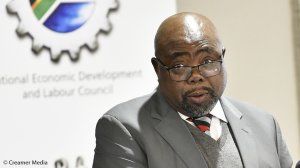 Cabinet’s economic cluster sought to offer assurances on Friday that significant preparations had been made to facilitate a safe transition to a Level 3 lockdown from June 1, which opens the way for the return to work of eight-million more people.

The easing of the lockdown is expected to coincide with a rapid rise in Covid-19 infections, with South Africa’s infection peak expected only in either August or September.

Labour and Employment Minister Thulas Nxesi said that to mitigate the risk, amendments had been drafted to the directive issued on April 29 for Level 4 so as to accommodate the reopening of far more businesses under Level 3.

The directive, which would be published soon, required companies to appoint a Covid-19 compliance officer, undertake a workplace risk assessment and develop return-to-work plans and protocols ahead of any reopening.

Besides making allowances for workers over 60 or with comorbidities, firms would be expected to supply each employee with two face masks and place any employee who had close contact with a co-worker diagnosed with Covid-19 on paid sick leave for 14 days.

Companies were also disallowed from deducting Covid-19 precautionary costs from wages and employees had the right to refuse to work if they had a reasonable belief that the necessary precautions had not been put in place.

“We cannot overemphasise the importance of ensuring that employers – both public and private - mitigate the worst effects of the pandemic,” Nxesi said, noting that recent inspections of 3 844 workplaces found that 1 724 were failing to comply with directives.

Mineral Resources and Energy Minister Gwede Mantashe said that his department was continuing to monitor compliance through regular unannounced and scheduled visits to mining operations, most of which had resumed operations during Level 4 and all of which are allowed to ramp up to full capacity under Level 3.

“Following the unannounced visits, we discovered that not all operations are at the same level of compliance. Most of them were doing well up to screening but lagging on testing,” Mantashe said, indicating that a recent pooling of resources by different miners in specific regions was assisting to accelerate testing.

Asked what would trigger a closure of a mine, Mantashe said that the primary objective was to keep production open and safe, while encouraging mines to increase testing and detection. Nevertheless, some mines had already been closed for failing to comply with protocols, while others had shut voluntarily in order to understand the extent of a Covid-19 spread across their operations.

PREPARING FOR THE WORST

Public Works and Infrastructure Minister Patricia de Lille indicated that significant progress had been made to bolster South Africa’s health infrastructure ahead of the expected rise in infections in the coming weeks and months.

Some 1 750 proposed quarantine sites, representing more than 129 600 beds across all 44 municipal districts and the eight metropolitan areas, had been identified. Of these, 642 were State owned, while 1 109 were privately owned.

“To date, 395 facilities nationally have been assessed by the Department of Health and are compliant according to the requirements for quarantine facilities, representing 35 759 beds,” De Lille reported.

She also revealed that the Eastern Cape had identified 32 hospitals for refurbishment as field hospitals, while 19 hospitals were being refurbished for the purpose in KwaZulu-Natal.

“In the North West, teams are focusing on augmenting the capacity of existing hospitals by constructing additional structures. The remaining provinces are still in the process of finalising their plans for field hospitals.”

Meanwhile Trade, Industry and Competition Minister Ebrahim Patel showcased the progress being made in localising the supply of key personal protective equipment and medical devices required to combat the virus in workplaces and hospitals.

Domestic companies were ramping up to be in a position to produce one-million medical-grade face masks daily from June, having produced 25-million in May.

Various firms were producing face shields, with the Ford Motor Company making these available at no charge to the public sector. Yet others were starting to ramp up production of medical gowns and other protective clothing required by frontline healthcare workers.

Sasol, meanwhile, had dedicated its full ethanol output to support the production of hand sanitiser.

Patel was especially enthused, however, with the strides being made under the National Ventilator Project, launched in April in an effort to restart local ventilator production for the first time in decades in light of a severe shortage of the devices globally.

Two ventilator prototypes had already been evaluated under the programme and Patel indicated that the objective now was to accelerate the regulatory approvals necessary to allow for first production in June.

He reported that government was optimistic that some 20 000 ventilators would be manufactured locally in the coming months.