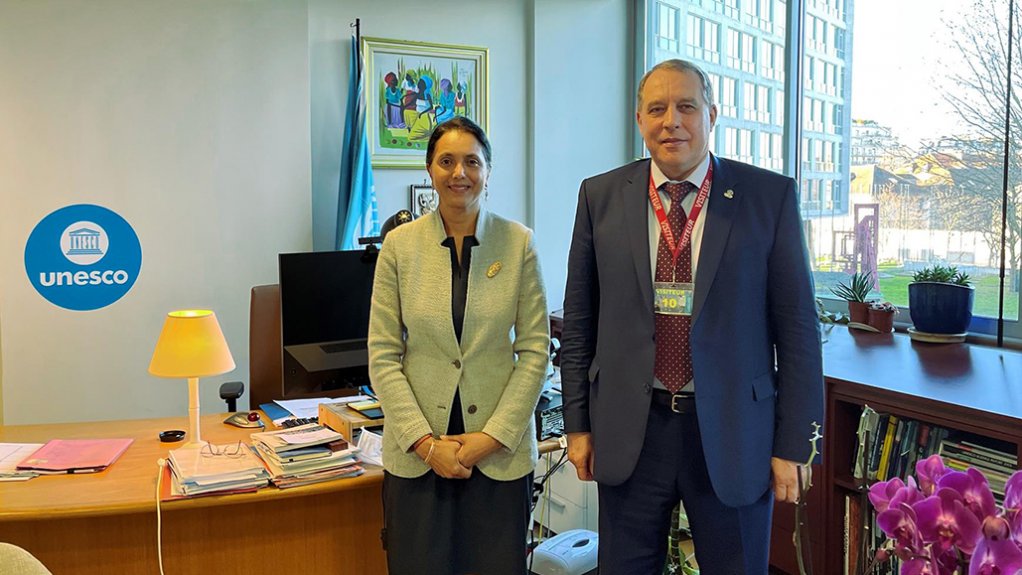 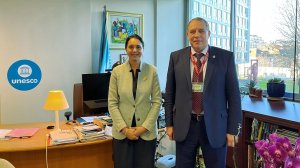 The GECF-Unesco MoU seeks to bring the competences of the two organisations together in the areas of climate action, natural resources management, capacity-building, technical support, and sharing of expertise.

The latter was particularly pertinent as the United Nations (UN) has earmarked 2022 as the International Year of Basic Sciences for Sustainable Development.

At the outset of the meeting, Sentyurin shared an update on GECF’s activities with Nair-Bedouelle, with a specific focus on activities pertaining to the forum’s involvement in UN events.

These events included the UN High-Level Dialogue on Energy, COP26, the UN Economic Commission for Europe sessions, as well as events related to the achievement of UN Sustainable Development Goals (SDGs).

“Our 18 members, representing more than 70% of the proven natural gas reserves, have placed climate action at the forefront of their priorities by recognising the climate challenges,” Sentyurin stated.

He added that this includes valuing the manifold efforts taken by the international community to counter the environmental issues and cementing the role of natural gas in complementing expanding the use of intermittent renewables in compliance with all major energy scenarios earneastly backing the achievement of the SDGs.

Nair-Bedouelle highlighted the commitment of the UN Natural Sciences division in building skills and competences, the substance and mission of the ‘World Engineering Day for Sustainable Development initiative’, the role of science in overall progress, the transition of technologies and knowledge, as well the extension of support to developing countries, particularly in Africa.

While stressing the historical responsibility of developed nations to help developing nations adapt to climate change, Nair-Bedouelle reaffirmed Unesco’s faith in the GECF community to lead the way in knowledge and technology transfer, as well as in the process of bringing wide-scale climate adaptation.

“Although the extent and speed of decarbonisation are different for countries, depending on the national circumstances, there is a real need for the energy industry to adapt and increase efforts to mitigate its carbon footprint,” Sentyurin affirmed.

He added that the gas industry strives to improve its resilience and reduce its environmental impact.

In the area of research and development, Sentyurin illustrated the work of the recently-established GECF Gas Research Institute (GRI) in Algeria and its scientific committee.

He noted that, from its inception, the GRI received a total of 29 ideas, of which three have been researched over the past year.

Sentyurin also pointed out that the GECF Global Gas Outlook 2050, a flagship yearly publication, now carries a dedicated Technology Advancement Scenario, among others, and opined that this scenario allows observers to gauge the direction and impact of technology on the global society.

In the theme of science education and support to youth, Sentyurin recalled the efforts of his secretariat to institute regular internships for qualified students, in addition to inviting young researchers and scientists to several of the forum’s events.

He highlighted the recently-held fourth GECF workshop on Promotion of Natural Gas Demand, which had earmarked a dedicated session to young voices.

Sentyurin also suggested that a tripartite GECF-Unesco-SPMU collaboration could create common approaches to educational standards and implementation of joint projects.

Among the several priorities of Unesco’s mission is development in Africa and gender equality – themes that resonate with the GECF.

The forum’s role in Africa has won plaudits for advocating the use of its cheaper, cleaner, and abundant natural gas in progressing Africa’s development trajectory.

Meanwhile, the GECF’s secretariat in Doha, Qatar, enjoys gender parity and is working towards influencing its member nations to reflect gender balance in the energy industry.

In respect to the ‘Rigs-to-Reefs’ concept as part of protecting biodiversity and the environment – covered by the MoU – Sentyurin highlighted a Coral Management Programme being undertaken by GECF member Qatar.

Sentyurin invited Unesco’s Natural Science division to support efforts to standardise measurement for greenhouse-gas emissions, as the lack of a unified methodology is currently hindering the industry.

The two sides agreed to develop the joint work plan for 2022, which will facilitate the directions of cooperation and take forward specific projects.