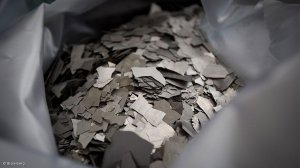 Shares in TSX-V-listed minor Focus Graphite jumped on Thursday after the company announced the results of its preliminary economic assessment (PEA) for the Kwyjibo rare earth element (REE) project, near Sept-Iles, Quebec.

Focus Graphite has partnered with the Quebec government's commercial mining corporation SOQUEM on the REE project, which in 2010 was designated as a priority economic development target.

The study contemplated an underground mine with a ten-year life, an on-site concentrator and an offsite hydrometallurgical processing facility, which will transform REE concentrate into three separate REO products: neodymium and praseodymium oxides, dysprosium oxide and a mix of remaining REO and yttrium oxide.

The PEA estimates that the project could produce 174 000 t/y of concentrates, grading 7% TREO, with further hydrometallurgical processing leading to production of 9 500 t/y of TREO.

The assessment touted a net present value of C$572.9-million before tax in the base case scenario, using a basket price of C$42.81/kg of TREO, and a pretax internal rate of return estimated at 21.4%.

Focus Graphite president CEO Gary Economo commented that the results of the PEA suggested that the Kwyjibo REE project is unique in Quebec in terms of geological setting, style of mineralisation and economic potential.

“The results not only demonstrate that significant progress has been made in moving the project from the exploration phase to the mineral deposit appraisal phase, but also that the potential to expand REE resources at depth, together with refinement in the hydrometallurgical recovery process and other technical improvements, could result in significant benefits for the project’s economics,” he said in a media statement.

Economo added that the growing demand for electric vehicles will put extreme pressure on the supply chains to deliver the necessary REE. “The projects that will be best suited to fill this production gap will be those with high concentrations of the highly sought-after element – neodymium.”

Met-Chem of Montréal, a division of DRA Americas, was contracted to complete the PEA.