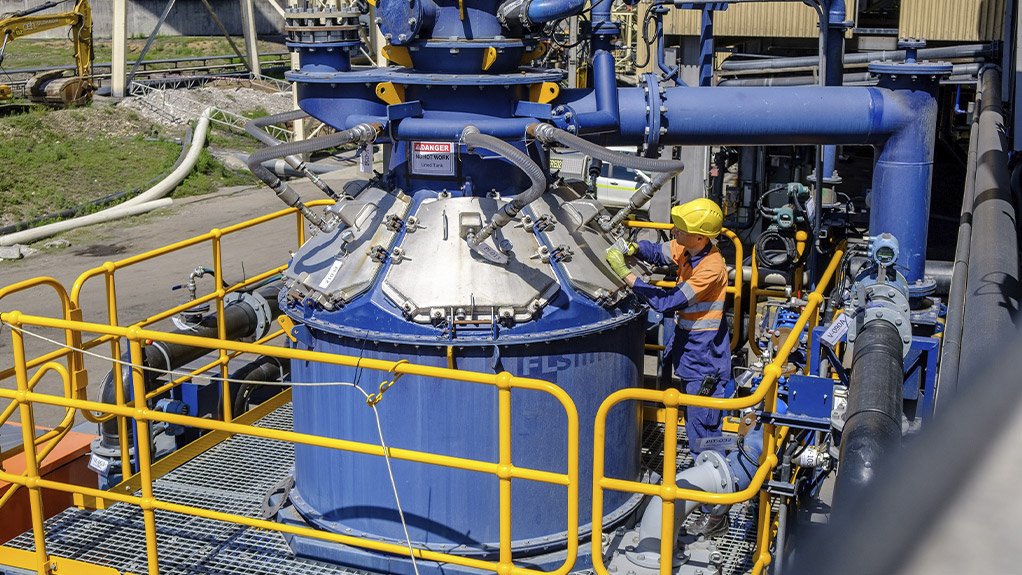 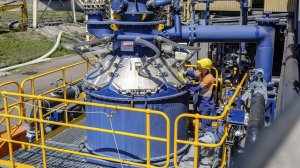 FLSmidth, a global leader in the supply of equipment and solutions to the minerals processing industry, will be using this year’s Electra Mining Africa exhibition to demonstrate the progress it is making in realising its MissionZero strategy, an ambitious programme which aims at allowing mines and process plants to achieve zero emissions, zero water waste and zero energy waste by 2030.

“We believe that MissionZero is achievable and we will be highlighting the technical advances we have already made towards achieving this goal at the exhibition,” says Deon de Kock, FLSmidth’s President for Sub-Saharan Africa, Middle East and South Asia. “Visitors to our stand will see working models and visualisations of our products and systems and how these will integrate into the MissionZero mine of the future.”

De Kock says that MissionZero goals can be achieved most easily on greenfield sites, where everything can be designed from the ground-up to enhance energy and water saving and reduce emissions. He notes though that much can be done with brownfield plants.

“If you can make an existing plant work more efficiently, producing the same output from reduced energy and water inputs, then you’re already taking a big step forward towards the MissionZero objective,” he says. “FLSmidth has many solutions to achieve this and we’re very practised at achieving more from less at brownfield plants.”

Innovative products to be featured on the stand will include FLSmidth’s REFLUX® Flotation Cell (RFC). “This draws on FLSmidth’s established REFLUX technology, which has been in the industry for many years now and has proved outstandingly successful, particularly in the coal industry” says De Kock ‘s colleague, Alistair McKay, FLSmidth Vice President for Mining in Sub-Saharan Africa, Middle East and South Asia. “The RFC brings together the REFLUX concept with flotation technology and will allow process plant operators to start recovering the smaller fractions in their ore feeds, as well as introducing coarse flotation into existing systems.”

McKay adds that the RFC is now at an advanced stage of development and that FLSmidth is hoping to have a pilot plant operating in South Africa before Electra Mining Africa.

FLSmidth has many existing products and technologies that are already contributing strongly to MissionZero. Among them are its SmartCyclone™ solution, which automates the monitoring and control of cyclones; LoadIQ, a remarkable product which uses a system of smart sensors and AI software to determine the optimal load in SAG mills; and its EcoTails™ system, developed in collaboration with Goldcorp (now part of Newmont), which blends filtered tailings with waste rock to create a geotechnically stable product called GeoWaste which can be used to fill excavated areas.

LoadIQ and SmartCyclone are part of a growing portfolio of digital solutions and services from FLSmidth. A good example of what can be achieved through digitalisation is provided by a REFLUX classifier modular plant operating at a South African mine. Using FLSmidth’s SiteConnect mobile app, operations managers can access over 100 operational parameters of the plant. Data analytics linked to the cloud can also generate time-based trends for instant viewing on the app.

“Digitalisation is crucially important to FLSmidth and we’re making rapid progress in this area,” says de Kock. “Certainly, it is essential if we’re to achieve Net Zero. We are probably slightly more advanced with digital technology in the cement field, where we have some truly impressive installations at cement plants, but applications in the mining industry are catching up fast and already one platinum mine in South Africa has successfully deployed both our LoadIQ and SmartCyclone technology with excellent results.”

While FLSmidth is a global group, much of the equipment that will be featured on its Electra Mining stand is produced in South Africa, either in whole or in part, at its Delmas SuperCenter, which manufactures vibrating screens; feeders, breakers and sizers; and polyurethane screening media and flotation parts. The facility, which has recently been substantially expanded, has played a major role in allowing FLSmidth to achieve Level 1 B-BBEE status in respect of its South African operation