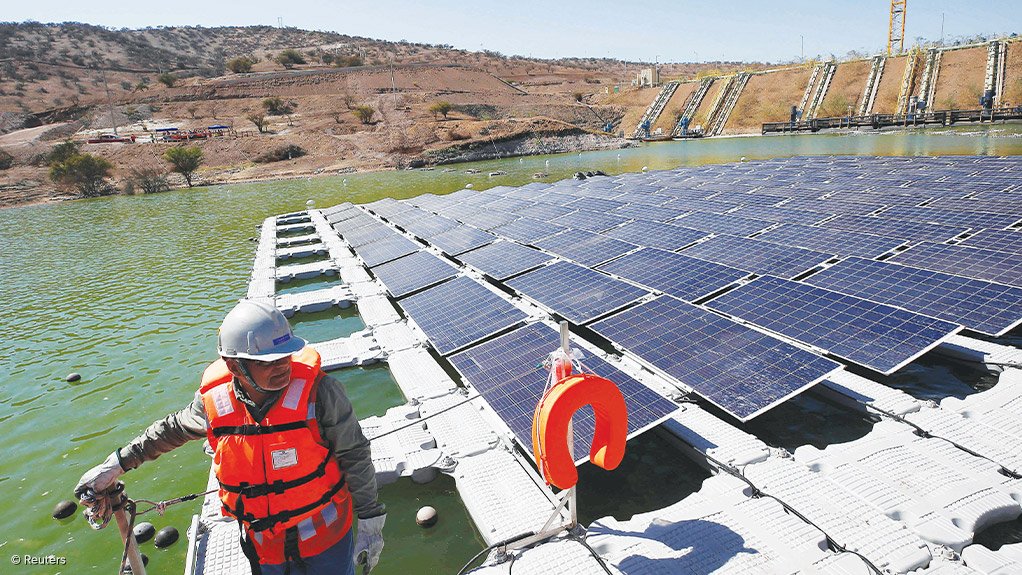 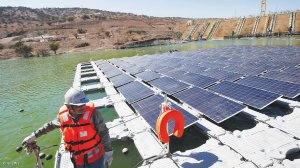 These solar panels are floating on a tailings dam at Anglo American’s Los Bronces copper mine, on the outskirts of Santiago, in Chile. The first-of-a-kind solar island reflects the South African mining company’s commitment to clean renewable energy, as well as the use of far less water. The shadow cast by the 1 200 m2 solar surface onto the water below reduces evaporation by 80% and halves the need to use fresh water in this water-scarce region. There are 800 similar tailings dams in Chile that could be put to similar use at a time when efforts are also being made to review tailings dam structures to avoid a repeat of January’s catastrophic iron-ore tailings dam collapse in Brazil, which killed 300 people and polluted hundreds of miles of river.