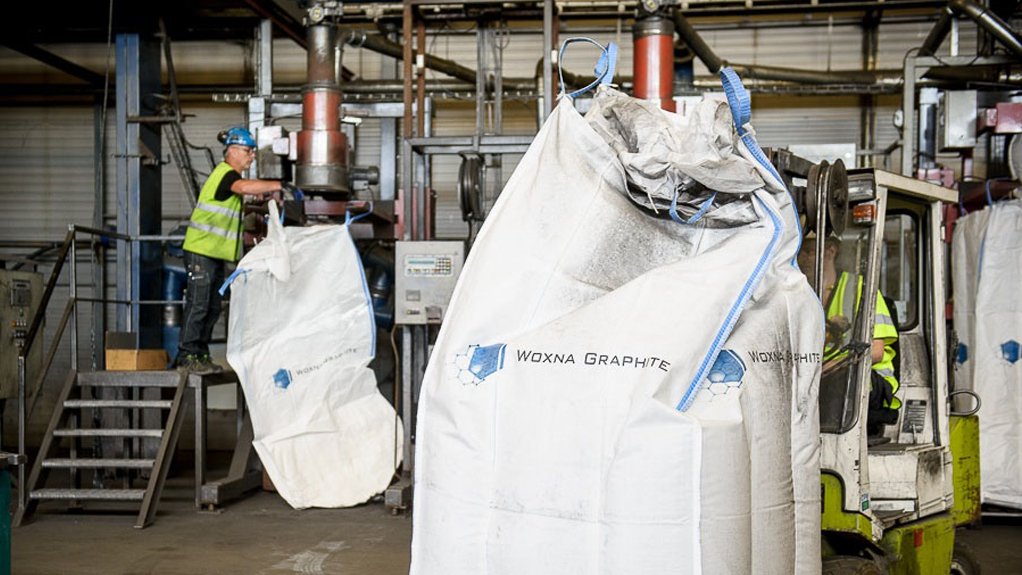 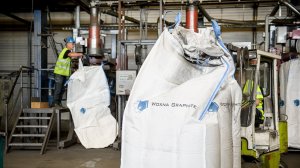 The plant was now ramping up to produce according to a number of graphite specifications tailored to customer requirements.

The company, led by CEO Blair Way, had managed to get Woxna back up and running for the first time in 13 years by spending less than $3.5-million on the plant and mine; however, it would take the company some time yet to tweak and improve its refining process and it was only expecting to produce up to 4 000 t in the next 12 months.

Woxna would ramp up output to its boilerplate capacity over the next three years.

Market-focused research house Benchmark Mineral Intelligence analyst Simon Moores in a note said Flinders’ plan now was to build on the first sales contract that was already in place and make inroads into the European market through deals with traders and end-users.

Woxna previously produced a graphite concentrate with an average of 92% carbon, but Flinders was expected to produce the industry standard of 94% carbon to enable it to sell into major refractory and foundry markets, and compete with supply from China, the leading producer.

“To firstly produce a consistent product and then build a network of buyers, are now the major challenges facing the company,” Moores noted.

Moores pointed out that with a total flake graphite output of 375 000 t/y in 2013, the Woxna operation would account for about 3% of total world output at capacity.

While that number at first might seem insignificant, in the context of the European market, the importance of the new operation becomes clear.

Moores explained that Europe only had one reliable flake graphite mine (not including Russia). The underground operation at Skaland, in Norway, produced on average 9 000 t/y. Smaller volumes were produced from a mine in Germany but it was a captive source for AMG Mining, while Ukraine's future remained unstable owing to the conflict in the country.

“Flinders' start-up has, in essence, doubled Europe's capabilities to produce flake graphite in a world which is eager to reduce reliance on the dominant supply from China, which accounts for 60% of output. While operations are [run at] higher cost in Europe, the significant savings on shipping could give Europe-based producers a way into the competitive market, certainly when considering the supply security benefits of such operations,” Moores expanded.

With most major buyers in Europe relying on China and, to a lesser extent, Canada and Africa, they would welcome any new supply options.

In fact, the need for new supply was intensifying, Moores added, with consolidation activities in China, long-term production doubts over Canada's only major mine and Brazil 's lack of activity on the global scene.

“What Flinders will now try and show is that new suppliers can survive and thrive in what has been the toughest fundraising environment for new projects, ever. The only question remains is whether buyers are now willing to accept that with supply security comes a price premium and the days of cheap graphite are all but over,” Moores pondered.