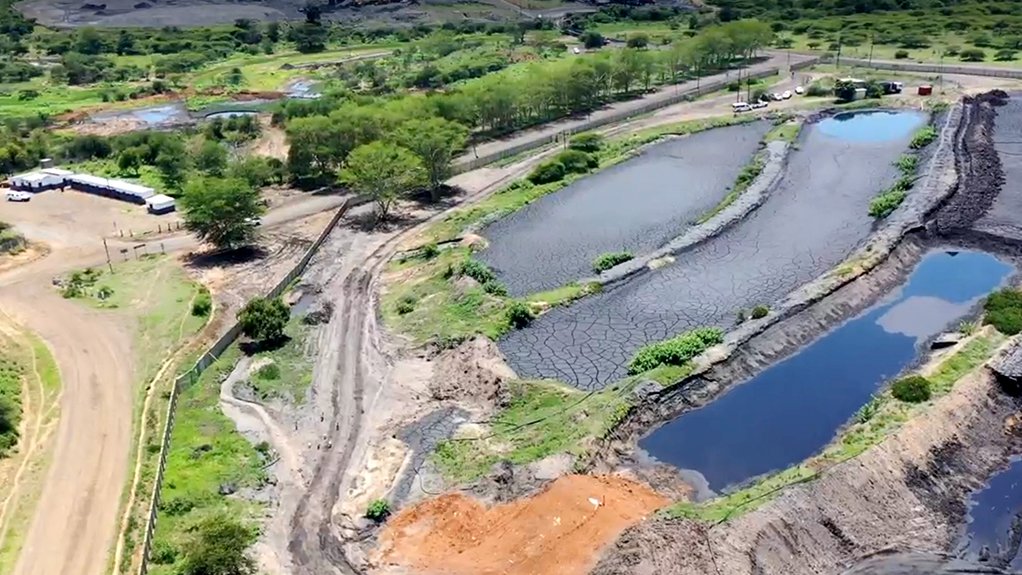 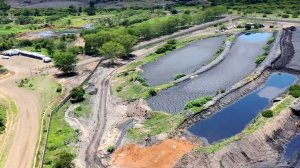 The filter press will remove slurry from the water used in the coal washing process and prevent incidents such as the 1 500 m3 coal slurry spill, after the end wall at Slurry Pond 3 failed on December 24, 2021.

ZAC environmental superintendent Msawenkosi Buthelezi says the installation is moving according to schedule and is on track for completion by the end of this month.

Commissioning will take place in April, and full operation is expected by May.

Buthelezi says that ZAC has successfully installed and operated an identical filter press at another of its on-site coal washing facilities on the mine property.

“This new filter press is an exact replica of the existing system and, owing to the experience gained from installing the previous plant, ZAC is confident that the filter press will greatly reduce pressure on our slurry handling facility,” he enthuses.

The filter press can filter 25 t/h of slurry-laden water, removing all the ultrafines from the water and allowing for reclaimed water to be reused in the beneficiation process.

Buthelezi tells Mining Weekly that the results of the various biomonitoring tests and assessments of the coal slurry spill are pending.

The assessments conducted include a South African Scoring System Version 5, or SASS5, a rapid bioassessment method for the monitoring of rivers and streams, testing by a Fellow of the Royal Anthropological Institute, an integrated habitat assessment, a vegetation response assessment index, as well as a direct sediment assessment of potential ecological effect through various toxicity tests.

Results released to date indicate a low to negligible impact on the Swart Mfolozi river.

Further, the spill’s impact on the seasonal Mvalo river, which is 6.5 km from the Swart Mfolzi, are low and short term in nature.

Buthelezi does, however, stress that monitoring the spill’s impact is ongoing.

“Real-time monitoring of environmental conditions, both on the surface and underground, is seriously being considered and costed.”

Further, the remote nature of the site, with a lack of communication technology, has presented some challenges in terms of assessing and implementing potential solutions.

ZAC is engaging with technology partners to find solutions that will benefit the mine and the surrounding communities.

ZAC responded quickly to the failure with the engineering and environmental teams immediately plugging the source of the pollution with a temporary earth embankment. In addition, a berm was constructed in the flat area where the spill settled to prevent further downstream contamination.

“Within an hour of the event, a senior mine official was on site assessing the problem,” Buthelezi points out.

Surrounding communities were immediately notified through existing communication channels, with authorities being notified within two hours of the event.

All the slurry dams have been tested and the integrity of the other walls has been declared sufficient. The ponds are dry and are awaiting loading out.

“Our ongoing investigations will establish the reasons why the failure occurred, and lessons will be drawn from the event. These will certainly guide our approach in future.”

Buthelezi says ZAC continues to consistently monitor water systems throughout the mine area as part of its water-use licence (WUL).

Consequently, the colliery has drilled eight additional boreholes to extend the monitoring network and comply with the new requirements of the WUL.

“We are also equipping some of the boreholes with automatic submersible pumps so that seepages can be prevented before reporting to Mvalo river as the licence condition requires.”

The project is almost complete, with only “minor touches” to be finalised before the system can be electrified and commissioned, he adds.

Further, ZAC’s environmental department is working on lining 28 of its pollution control dams (PCDs), with completion expected over the next five years at an estimated cost of well over R90-million.

“PCDs form an integral and important part of the water management systems at a mine,” Buthelezi stresses, adding that there are different types of PCDs at mine sites.

“The purpose of a lining system in a PCD is to minimise leakage of polluted water into the soil, thereby reducing the likelihood of the contamination of groundwater resources.”

Buthelezi concludes that ZAC is fully committed to realising its obligations with regard to environmental policies and water care.