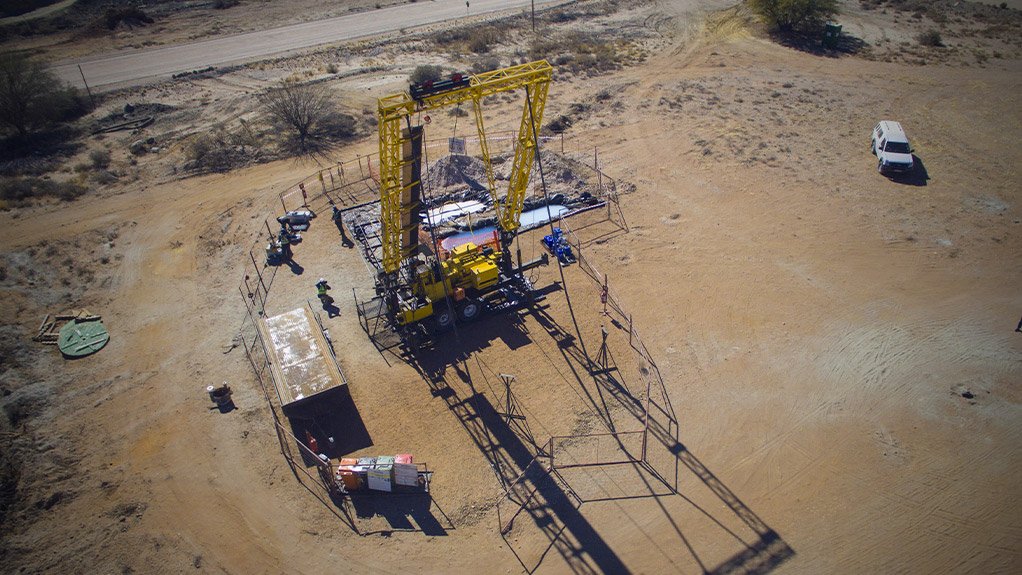 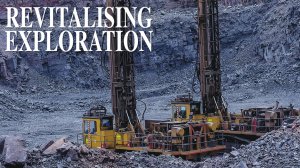 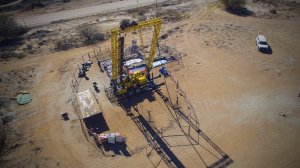 The absence of new mining projects, owing to limited exploration, continues to weigh on the future sustainability of South Africa’s once thriving mining sector, which once captured a larger share of major mining budgets.

“There is simply not enough investment in new mineral exploration to take advantage of the country’s geological potential,” says a Minerals Council South Africa spokesperson.

Research commissioned by Minerals Council South Africa’s Junior and Emerging Miners Desk this year shows that 68% of surveyed companies cite the regulatory environment as their greatest impediment to success, while 23% cite a lack of funding.

Obtaining the requisite prospecting and mining rights, environmental authorisation and water-use licences was listed as the greatest stumbling block in the project development cycle by 41% of the respondents.

Minerals Council CEO Roger Baxter announced in September that the organisation was working with government to develop a national exploration strategy focused on greenfield discoveries in the next six months to ensure that there were no encumbrances to the development of an exploration pipeline in South Africa.

“If all parties are focused on completing the strategy and there is broad agreement on the objective of such a strategy, we can have something to discuss within that timeframe,” adds the Minerals Council spokesperson.

The organisation has established an exploration leadership forum, which will inform and guide the drafting of the strategy; the Minerals Council is considering the success of other countries in attracting exploration investment.

Apart from establishing a supportive environment for exploration companies, key considerations of the strategy could be tax incentives and an exploration or junior mining fund, says the Minerals Council.

Once the exploration strategy has been published, the organisation emphasises, engagement among all stakeholders is key.

There has been an evident decline in local exploration in the past 20 years, says the Minerals Council.

“Between 2000 and 2009, South Africa topped the list of African States most likely to attract early-stage funding, but has dropped to sixth place behind the Democratic Republic of Congo (DRC), Burkina Faso and Ghana.”

The subsequent decline in exploration could be attributed to the lack of risk appetite among investors and a shift to survival mode following the 2008 financial crisis.

South Africa currently attracts less than 1% of the world’s exploration budget, with about 10% of this portion spent on greenfield exploration, says Dixon.

Locally, Master Drilling currently has no equipment involved in greenfield exploration projects, while demand outside South Africa mostly involves greenfield projects in the gold sector in West Africa – specifically Mali and Burkina Faso – and the DRC.

Like Mineral Resources and Energy Minister Gwede Mantashe, the Minerals Council believes that South Africa needs to resuscitate greenfield exploration to capture at least 5% of the global exploration spend, which currently averages about $10-billion a year.

The Department of Mineral Resources and Energy has been allocated a R2-billion budget for the 2019/20 financial year and, while the Minerals Council does not know the percentage allocated to exploration, the Minister has indicated that the department’s investment during this calendar year will attract a minimum of R8-billion to the South African exploration sector.

Historically, the institute has held purely technical conferences, but the SAIMM wants to be part of a collective dialogue on issues of importance, such as exploration, on which the future of mining in South Africa hinges.

The event was meant to discuss pressing issues that need to be addressed and to identify possible solutions that can perhaps be referred to policymakers.

“In that regard, we are working very closely with the Minerals Council to dovetail the work we are doing with that being done by its exploration leadership forum,” says SAIMM immediate past president Alastair Macfarlane.

Despite an array of top speakers, such as Council for Geoscience CEO Mosa Mabuza, the SAIMM did not attract a large enough audience and, consequently, postponed the conference to 2020.

“We have lost the appetite for exploration and there may be a school of thought that believes there isn’t a lot of potential left, but that is entirely wrong,” emphasises Macfarlane, who is also the codirector of mining-focused public–private partnership Mandela Mining Precinct.

South Africa is blessed with abundant mineral resources and can become a prime destination for exploration and junior mining to rival Australia and Canada, says the Minerals Council.

The Mandela Mining Precinct has a project under way to gain a better understanding of the country’s mineral resources potential. It has already undertaken significant work on gold and platinum, with “some exciting stuff” identified, and there is potential for majors, juniors and foreign investment to set up exploration activity, says Macfarlane.

There is also substantial potential in ferrous and base metals, and rare earths, he adds.

Further, precious metals, industrial minerals and coal have emerged as the ‘minerals of choice’ for juniors that participated in the Minerals Council’s Junior and Emerging Miners Desk survey.

The Mandela Mining Precinct is in early- stage discussions with the Council for Geoscience to develop a central database for South Africa’s geophysical data, Macfarlane tells Mining Weekly.

“There needs to be a collaborative effort to get all the geophysical information on South Africa into one database that is easily accessible by people who want to enter into exploration, while simultaneously protecting the interests of the current exploration and mining rights holders,” states Macfarlane.

Although there seem to be many opportunities, investors are still confused about the state of South Africa, says Dixon.

“The business environment is complex, hampered by regulations, with typical uncertainties around black economic empowerment, labour, land expropriation, corruption and the poor management of State-owned enterprises,” he highlights.

South Africa’s potential will be realised only if regulatory commitments are reason- able – Mining Charter III offers some reprieve in this regard – licensing and access to surface rights are expedited, bankability definitions are made less stringent for those seeking access to funding, and exploration and junior mining is used as a platform to encourage entrepreneurship in mining, notes the Minerals Council.

“We support any strategy to improve exploration in the country. We must understand exploration investment is a high-risk environment and 80% to 90% of greenfield exploration projects never develop into viable mining operations,” Dixon highlights.

He says exploration must not be considered in isolation, but rather as the result of creating a stable long-term investment environment. It requires an investment with a 15- to 20-year project development cycle and returns will only be realised once converted into functioning mines.

“Therefore, issues such as South Africa’s power supply constraints need to be addressed to create a business environment in which miners can realise results,” says Dixon, highlighting that the size of concession licences issued should support large-scale exploration and not be fragmented to improve the probability of success.

However, owing to the manner in which surface rights tenure is set up in South Africa, exploration companies need to negotiate with each landowner, property by property – which could result in their talking to 100 different landowners – to establish a large- scale exploration project, says Macfarlane.

Comparatively, in neighbouring countries, companies can secure licences for a much larger area without this constraint, he notes.

“There needs to be a belief that we need to undertake a much higher level of exploration, compared with present activity, while the barriers to entry, especially for junior miners, need to be addressed and larger miners need to be encouraged to undertake large-scale exploration, otherwise it won’t happen,” stresses Macfarlane.

Traditional funding sources do not fund exploration, as it is a high-risk activity, and venture capital is very expensive. Therefore, South Africa needs an alternative method of funding exploration, Macfarlane tells Mining Weekly.

Government’s role in this strategy is ensuring policy certainty and assisting in the establishment of tax concessions or capital gains tax advantages that will ensure increased investment in exploration, says Minerals Council.

“The Section 12J tax legislation was introduced in 2009 and enables investors to bene- fit from tax concessions on investments in early-stage businesses under R500-million, but this has resulted in limited exploration investment.”

The Minerals Council believes that more effective tax and incentive schemes should be put in place to lure the type of investment seen in other successful mining jurisdictions, such as Canada.

Another consideration would involve addressing the barriers to listing and entice exploration companies to list on the JSE, says the Minerals Council.

Encouraging exploration is vital to the establishment of new assets to unlock the potential growth of South Africa’s mining sector.

Dixon says there is huge opportunity for exploration investment in the country, which has the “right people and business skills” to aid the initiative.

“As a country, we can compete globally – we just need to get the basics right. Once the fundamentals for long-term sustainability are in place, the volume of greenfield exploration work will start to increase locally. This environment will then definitely be part of Master Drilling’s growth strategy,” he concludes.