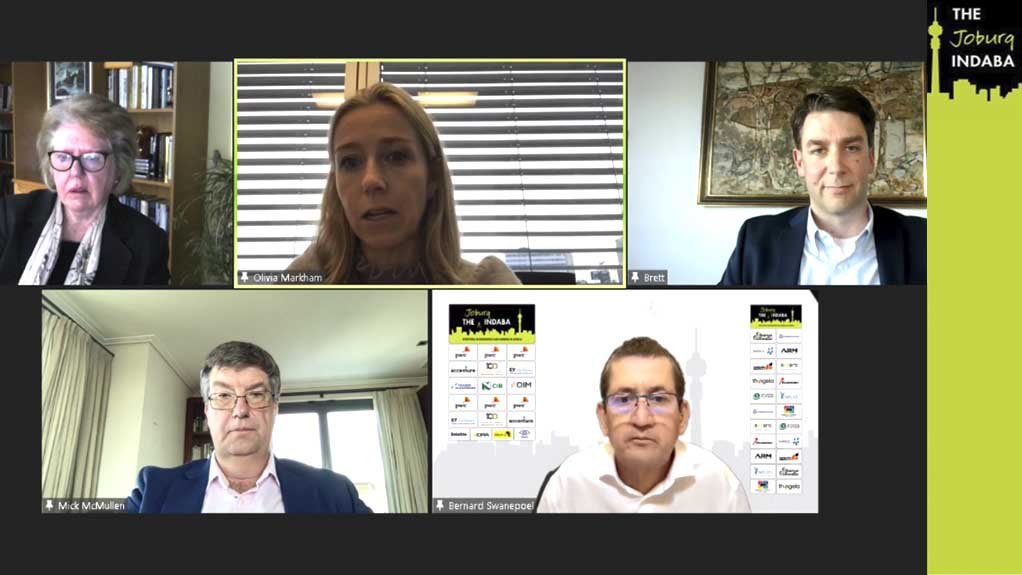 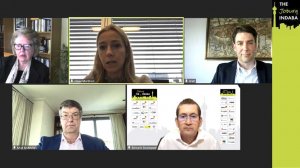 JOHANNESBURG (miningweekly.com) – Exploration is key to keeping South Africa on the right side of the future-facing metals scenario, the Joburg Indaba heard last week from potential investors.

During a panel discussion on mining sector prospects covered by Mining Weekly, the heads of international investment companies commented that major mining companies should start dipping their toes in the waters of the likes of lithium and rare earths to gain exposure to emerging future-facing critical metals.

Metals Acquisition CEO Mick McMullen said there was absolutely no reason why South Africa could not get behind the green hydrogen opportunity, and Blackrock natural resources MD Olivia Markham said there was merit in major mining companies creating options around some of the future-facing metals.

It was suggested that South African assaying should include lithium especially since lithium discoveries had been made in Mozambique and Namibia.

Perrott-Humphrey: Can you give a view on how best the South African mining companies can assure that they’re on the right side of short- to medium-term developments?

Beatty: I think a key is exploration. A country like South Africa has great geology and great infrastructure and I think a pipeline of new projects will attract capital investment. Exploration drives your service industry and it captures your human talent within the country. South Africa has a part to play but it needs to be able to demonstrate that it is a reliable partner and to attract capital.

McMullen: It will take a fair bit of time to generate projects in South Africa and for the political system to mature sufficiently to provide that stable system that can attract large amounts of capital, because when it comes to some of these future-facing materials such as rare earths and even lithium, you’re talking big capital numbers to develop. A decent size rare earths mine, Mountain Pass in the US, I think is at $1.7-billion. People aren't going to put that sort of money in unless they have certainty.

Perrott-Humphrey: What should the mining majors be doing in this green, critical and future-facing metals environment?

McMullen: The first thing they should do is make sure their balance sheets are very strong – bullet proof, would be the way I’d look at it – and then start dipping their toe in the water of some of these new metals, not a traditional copper or nickel, but your lithiums and rear earths, because I think fundamentally investors want to see that they’ve got some exposure to those future-facing metals. But right now, those metals are not dividend yield stories. They’re really about the future and that’s the equity story. The equity market’s going to give you that higher valuation but there’s no meaningful Ebitda multiple that these things trade at because they often don't have any Ebitda. So, I think that for larger companies and medium-sized companies, they should make sure the balance sheet is solid first, get the business in order and then start dipping a toe into some of these other things – like Neal Froneman of Sibanye-Stillwater has done. He’s bought into a nickel smelter refinery. He’s entered into lithium deal in Nevada. He was an early mover in expanding beyond South Africa by buying Stillwater, and now you can see he’s an early mover into the future-facing metals. Small bets but if they pay off, it will give his company a differentiation versus the other traditional South African mining companies.

Perrott-Humphrey: Isn’t it right to say to the big guys, go to the risky places, otherwise riskier companies will get a hold on these assets. Isn’t it time to be urging them to be more aggressive?

Markham: There is considerable merit around the concept of creating options, particularly in some of these future facing metals, which would gravitate into a need to go into higher risk locations to take earlier stage options. But investors would have to avoid paying huge premiums at the top of a cycle for assets. At the same time, ignoring the change in the commodity demand outloook entirely and expecting optimum growth would be wrong.

Perrott-Humphrey: On the energy side, do you see opportunities for green hydrogen?

McMullen: The Karoo is a pretty stunning place. I’ve driven through a lot of that part of the world in South Africa. It’s pretty windy in places so there’s no reason why South Africa couldn’t have green energy. We’ve got a green energy proponent in Australia in the form of Twiggy (the nickname of Andrew Forrest of Fortescue Metals Group, a strong proponent of green hydrogen). You need a Twiggy-type person in South Africa to really push green hydrogen along. There’s absolutely no reason why South Africa couldn’t get behind that and obviously with Eskom it’s been a bit challenging, so I really think on the whole that energy could potentially unlock a huge amount of inward investment.

Mining Weekly can report that green hydrogen has been put to work in Sweden to produce the world's first batch of new commercial green steel, in what is seen as the first global step towards an entirely fossil-free value chain of steel-linked activities. Most of the first batch of green steel has been bought by automotive manufacturer Volvo. The steel industry, as one of the top-three generators of carbon dioxide (CO2), accounts for around 8% of total global emissions. Green steel technology could cut Sweden’s CO2 emissions by 10%, the Scandanavian country estimates.